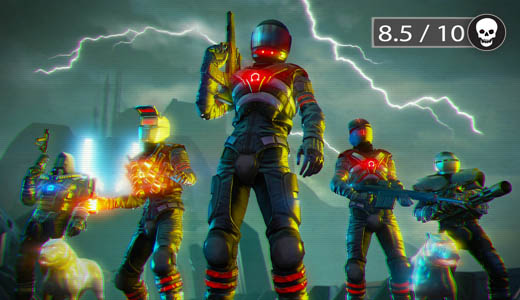 Video games have made leaps and bounds in the last fifteen years, changing from adolescent entertainment full of clichés, into rich and meaningful story telling mediums.

FarCry 3 takes this evolution of gaming and gives it a huge middle finger, throwing us back to the golden age of 80s gaming. And it is incredible.

Realizing perhaps that they didn’t have many options in terms of DLC for FarCry 3, Crytek instead opted to make a standalone arcade game that ran off the FarCry 3 engine and featured essentially the same gameplay. Instead of making this is a cheap knock-off of the original game (as was the case with Alan Wake: American Nightmare), they decided to bring something totally new to the table: a post-apocalytpic world rife with cyber commandos, neon lights and fearsome blood dragons. Nothing about it is anything short of ridiculous. And it’s so so awesome. 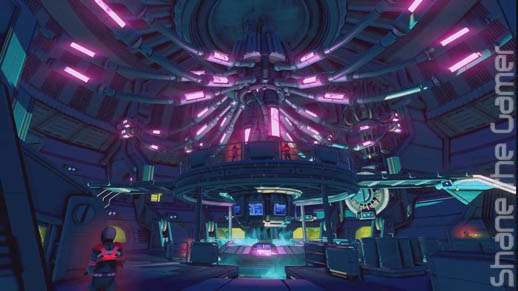 Like any good 1980s B-movie, the protagonist of Blood Dragon is an over-the-top, gruff, American hero by the name of Rex ‘Power’ Colt – a bonafide badass cyber commando with a rough and tumble attitude and a thirst for bad guy blood.

We’re introduced to Rex through a series of ‘All your bases belong to us’ style cutscenes, in which a sort of plot is fleshed out for the game. Essentially, a group of high level cyber commandos have gone rogue and it’s up to you to stop them and their insane commander. The plot here is more a tool to develop the mayhem, and is filled with amazing 80s style sci-fi words like ‘mainframe’ and ‘cyber’. 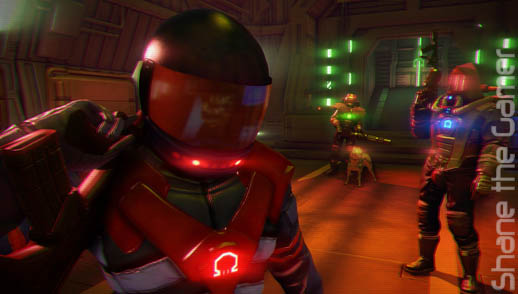 Of course, this 80s throwback style of game could quite easily come across as very hack indeed if all of the pieces didn’t come together perfectly. With this in mind, it’s amazing how perfectly Blood Dragon comes together as a sum of it’s parts – both in terms of content and visual style.

The game manages to be genuinely hilarious in it’s portrayal of 80s cinema and video game clichés – throwing in the occasional ridiculous one liner or terrible sex pun – as well as offering up all sorts of sly pop culture humour disguised in other references so as not to ruin the time capsule effect of the game at large. 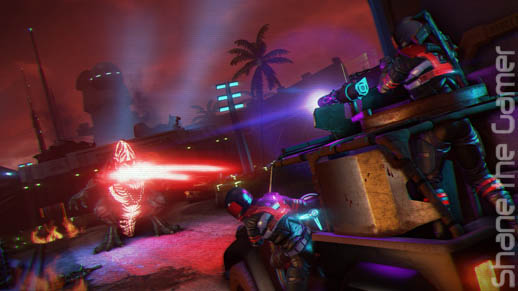 Visually, the game is a treat too. Between the low-rent cut scenes, the neon lights that are bolted to every surface (and your bow) and the grainy filter which exists permanently, everything that you see fits perfectly into the macho nostalgia the game seeks to create.

The gameplay itself is, for the most part, much like it’s predecessor. You run around an island, following an objective and capturing bases from the enemies you’re trying to defeat, through either stealth or all out explosive, intense combat. 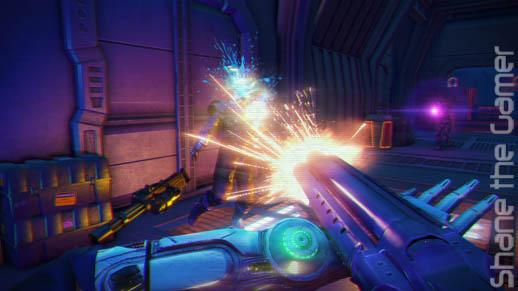 Unlike FarCry 3, leveling up is a far more simple process, where you no longer get to decide the skills you unlock as you gain experience, but rather just get given the next one on the tree as you work your way through the levels. This is perhaps one of the few things that should have stayed the same as the original game – the more regimented upgrade system makes the game feel slightly less freeform and draws attention to how short this game can be. 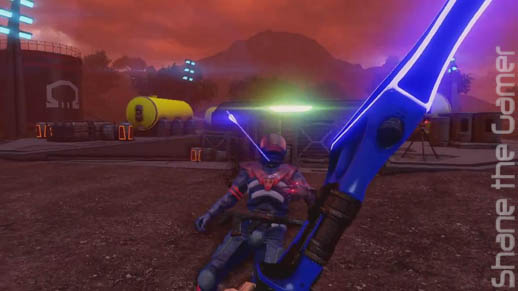 While there’s nothing at it’s core that will shock or surprise you, Blood Dragon manages to chuck a few new things into the mix with a collection of new weapons and the titular beast – The Blood Dragon, giant menacing creatures that roam around the island, eating humans and cyborgs and destroying stuff with their laser eyes. This adds a number of different options for the way you can attack each base as you try and capture it, giving you the chance to let the Blood Dragons do all the work for you, rather than milling around and worrying about the bad guys yourself. 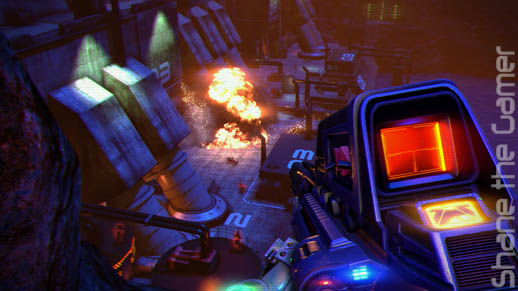 For a game that’s pretty damn cheap, Blood Dragon is certainly a crown jewel of XBL’s Arcade Game Collection. It’s a lot of fun, ridiculous, hilarious and gory. There’s not a lot more you could ask for.