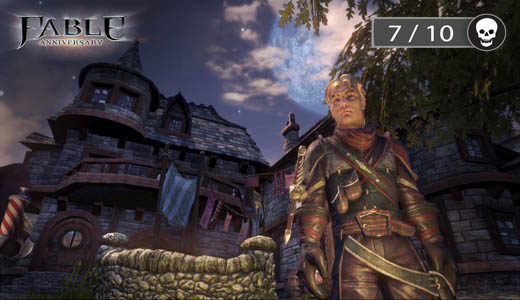 Sliding my finger through the fresh game seal sees my excitement build. One of my very first RPG’s; Fable, remade, in HD no less. Sure my memories of the original Fable left much to be desired, I was sorely disappointed when Peter Molyneux’s declared that Fable would be the best game ever.

It was most certainly not by any stretch of the imagination the ‘best game ever’, however in saying that the original Fable was not a bad game by any sense of the word but not the experience promised.

My favourite very noticeable feature of Fable: Anniversary, much like it’s original was the fact that it contained a bucketload of charm and a very British sense of humour. Though quite childlike in nature the humour is very relateable and it provides a nice relief in the sometimes frustrating journey that is the gameplay. 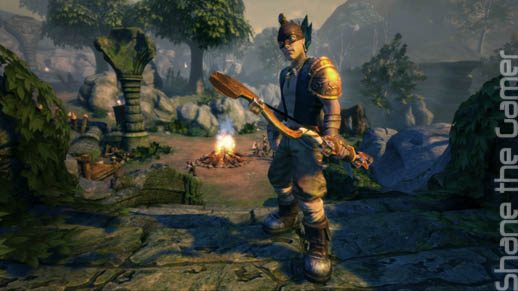 Fable: Anniversary, like the original Fable, follows a young lad from Oakvale, where on his sisters birthday the village they live within is raided by nasty bandits who supposedly kill our hero’s entire family.

An old hero called Maze, rescues the boy and trains him to become a Hero at the Heroes’ Guild. The game jumps through your childhood years at quite a fast pace until your graduation from the Heroes’ Guild, where you are let out to face the world and follow your own path. 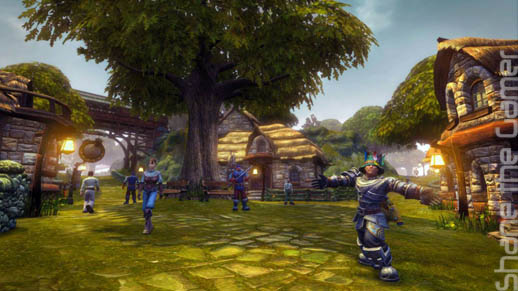 Throughout your journey you complete various quests for the people of Albion in the hope of gaining more recognition and making a name for yourself. Once you gain enough recognition you are invited to fight in the Arena which is where you first met the antagonist of the story; the Jack of Blades. From then on your main target is the man himself and in the final moments of the story you will choose your alignment.

Obviously one huge feature is the improved visuals.

Lionhead Studios have outdone themselves with the visually stunning product and it’s a pleasure to the eyes. The environment around you is colourful and the somewhat cartoony style reflects the series laid back nature. The world of Albion now has smoother edges and a lot of nicer colours than the previous game. The tiny villages, forests and lakes make it a visually stunning place to explore, however sometimes you get the feeling that one lake looks just like the rest. 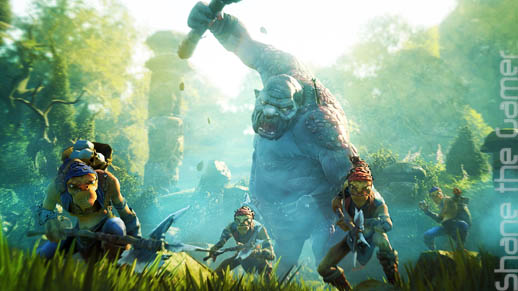 Unfortunately throughout the game there are some noticeable frame rate issues particularly early on. I am not entirely sure if I just got used to them or it got better the further in to the game I went and some freezing problems with loading screens.

The controls are not as clunky as they used to be with the previous iterations from Lionhead Studios, going the route they chose in Fable 2 and 3. Still, pleasure to play compared to the original but it might not hold up against some bigger, more present titles. The combat simulation has improved greatly over time however I still feel like it could be improved more. Cycling through spells is time consuming and block and dodging is not at all positioned correctly. 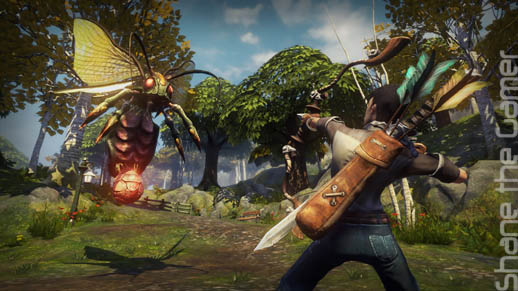 Targeting is still a highly frustrating action but this carries on throughout the series so I didn’t bank on much improvement. Long range attacks still target the weakest enemy generally which can be highly annoying when surrounded. Despite these flaws it’s still fun to play and it’s not too frustrating for even the most avid gamer.

One thing that has annoyed me from start to finish is the time spent going back and forth from the guild to pick up quests, although you can fast travel back and forth I would of much preferred to select them from the menu or something similar. 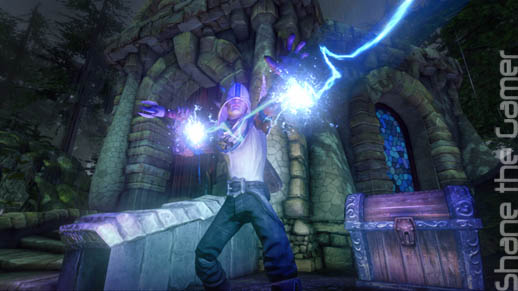 Fable has always been a highly entertaining game with the choices you make affecting what kind of person you are.

It’s very black and white you are either morally bad or morally good. It still gives a good laugh for the consequences of your actions whilst still making it an entertaining game for the masses. Seeing what kind of character your hero will become can sometimes instill a wish to complete the campaign for a second time. I however made a choice and stuck with it.

The actions have always been a non-serious part of the game and still continues to be.

Breaking wind to scare away bullies is not necessarily a realistic or even logical thing to do but it still makes the player smile with that famous Fable charm. You can still flirt up a storm and marry whomever you choose. Just don’t get caught if you don’t want to be known as evil. 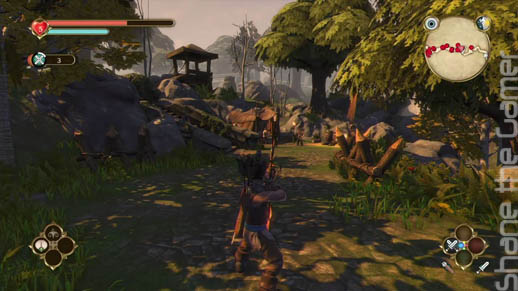 Along with the actions is the voice acting, this has always entertained me from the beginning of the series and surprisingly still continues to do so.

Hearing the women swoon over you constantly calling “Chicken Chaser” which is your default title got rather annoying and as soon as I had the gold I upgraded to the title “Saber” which sounded way more badass.

Fable: Anniversary has brought back so many fond memories of the Fable series and despite the original being released in 2004 it still continues to hold it’s charm. 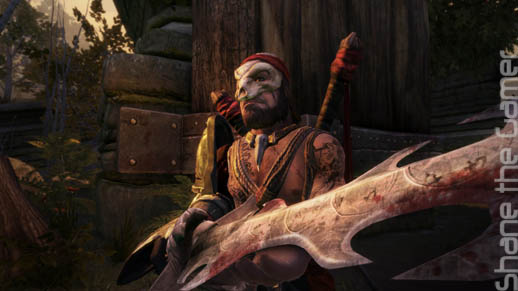 Unfortunately the mission structure and combat have both started to show their age and they might just need an overhaul to keep up with bigger named titles. I still enjoy to this day kicking chickens around and the general atmosphere of the Fable series, so it’s worth a walk down memory lane. But bare in mind that it may not appeal to you if you’re a modern gamer with a more sophisticated taste in adventure.