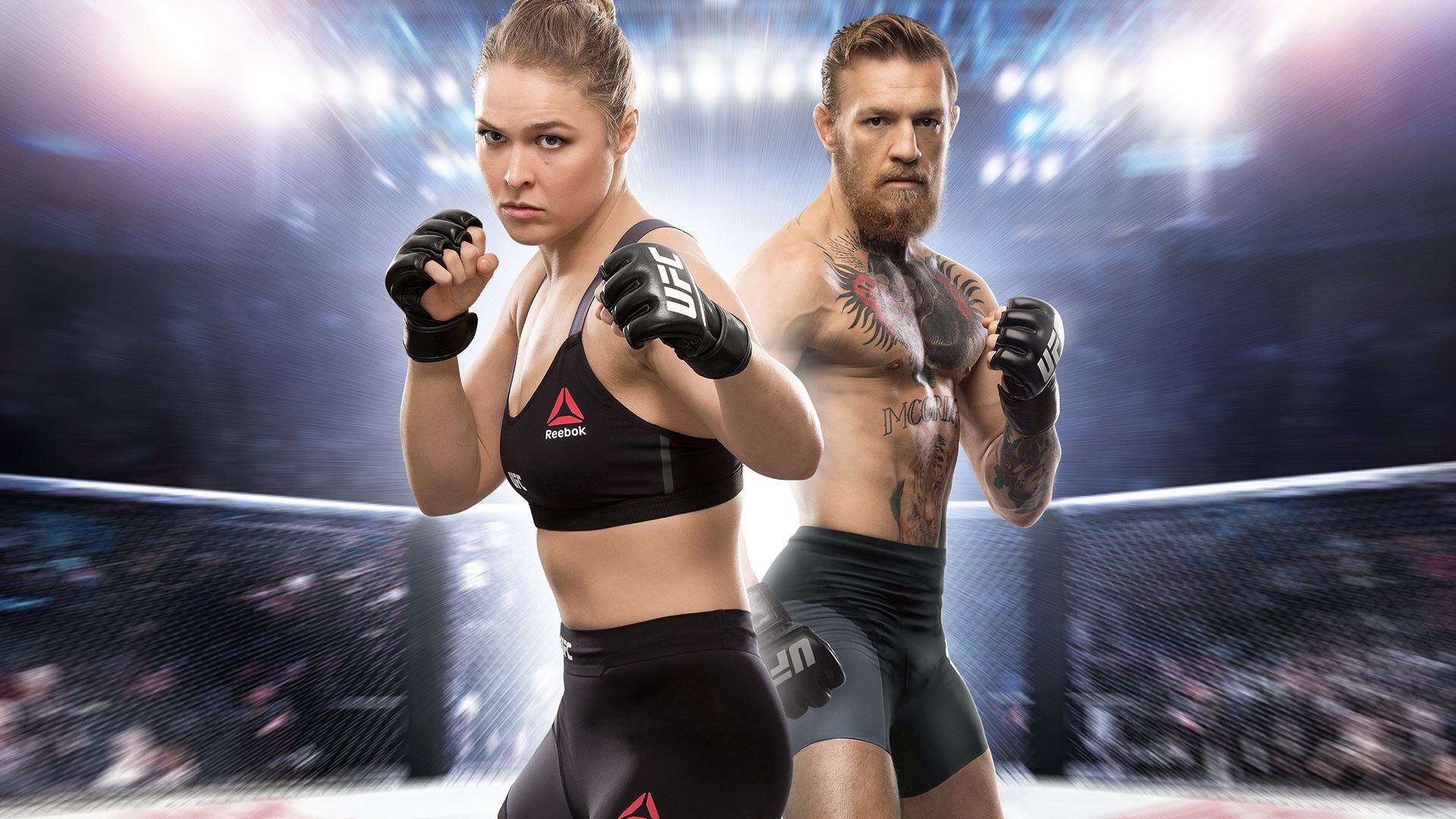 To me a fighting game should focus on the excitement of a fight. EA Sports UFC 2 woefully fails to capture this. While it is evident that a great amount of care and attention went into a great many things, when you jump into a fight it is ultimately just dull.

The first thing that will draw your attention are excellent character models and animations. For a game with so many punches and kicks being thrown everywhere, character movement seems extraordinarily smooth and reactive to everything.

This attention to detail also extends to the gameplay itself with an impressive amount of kicks, punches and grapples available to select and bring with you to fights. The sheer number of moves you have at your disposal in each fight however does come with some drawbacks however. 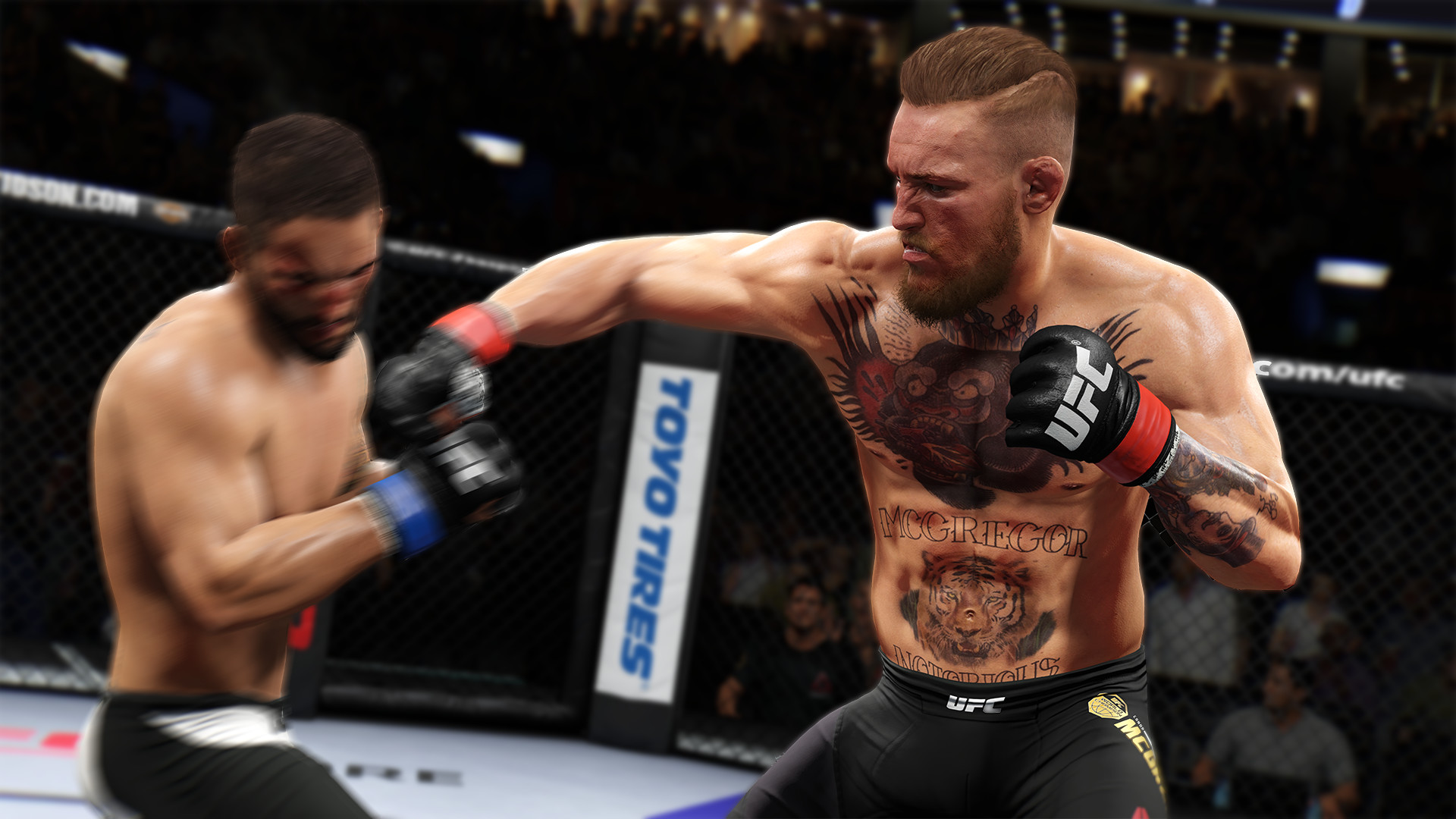 First of all, it is difficult to initially remember what button combination does what. Also the button combinations themselves can get a bit too much with some moves requiring pressing in three buttons at a time in combination with moving the analogue stick in a certain direction.

Your general strikes are broken down into those aimed at the head and those aimed at the body. Conversely you can choose to defend from one of these two types of attacks at any one time. Landing a hit therefore simply involves hitting your opponent when they are defending the wrong one or when they launch an attack. Other than feeling tedious and boring, dealing damage this way feels inconsistent and unrewarding. You can launch a combination of what appears to be several good hits that do next to no damage. Another seemingly weaker hit however can bring your opponent on the brink of being knocked out.

Even if you manage to deal considerable damage to your opponent, the impact is only short term. Everyone possesses superhuman regenerating capabilities that eliminates the effects of damage over time. If you don’t manage to turn you high damage hits into a KO quickly it feels as you may as well not have got the hit in the first place. 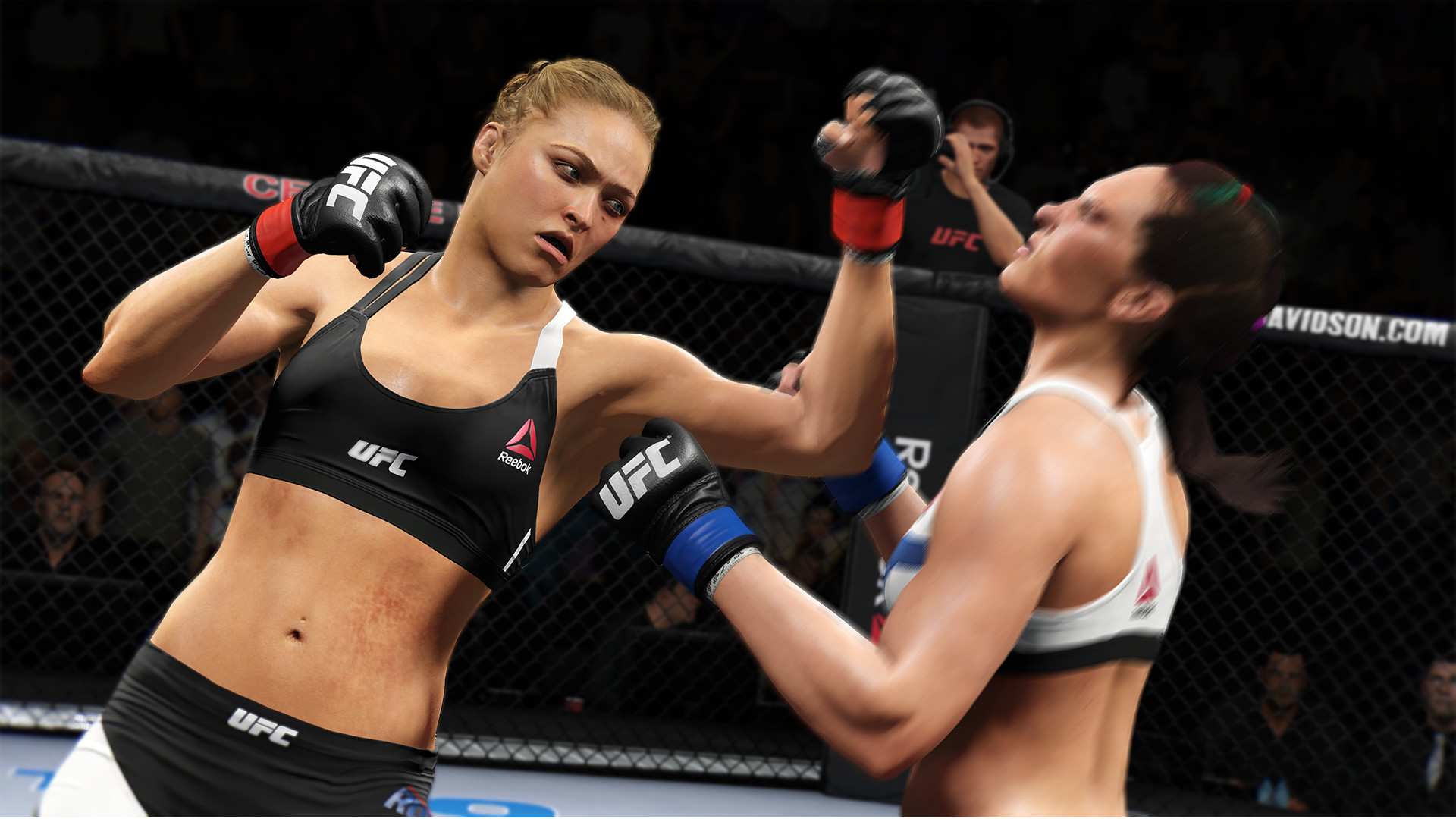 Your alternative to these standard strikes is the super tedious clinch and ground grappling mechanics. While it is possible to capitalise on these to gain a quick victory, generally they prove to be time consuming and ultimately boring. You move between different positions by holding in a direction on the joystick. Things often end up being locked in a loop with you and your opponent going backwards forwards between positions until someone finally manages to get up.

With both strikes and grappling feeling broken, I found myself relying on a quick takedown followed by a ground and pound until a KO results for victory. How quickly I managed to do this varied from mere seconds into a fight to having to restart the match a couple of times.

Ultimately, I lost interest in playing EA Sports UFC 2 and found every moment a chore due to the poor gameplay. This was a shame because the game built around the gameplay is actually okay. 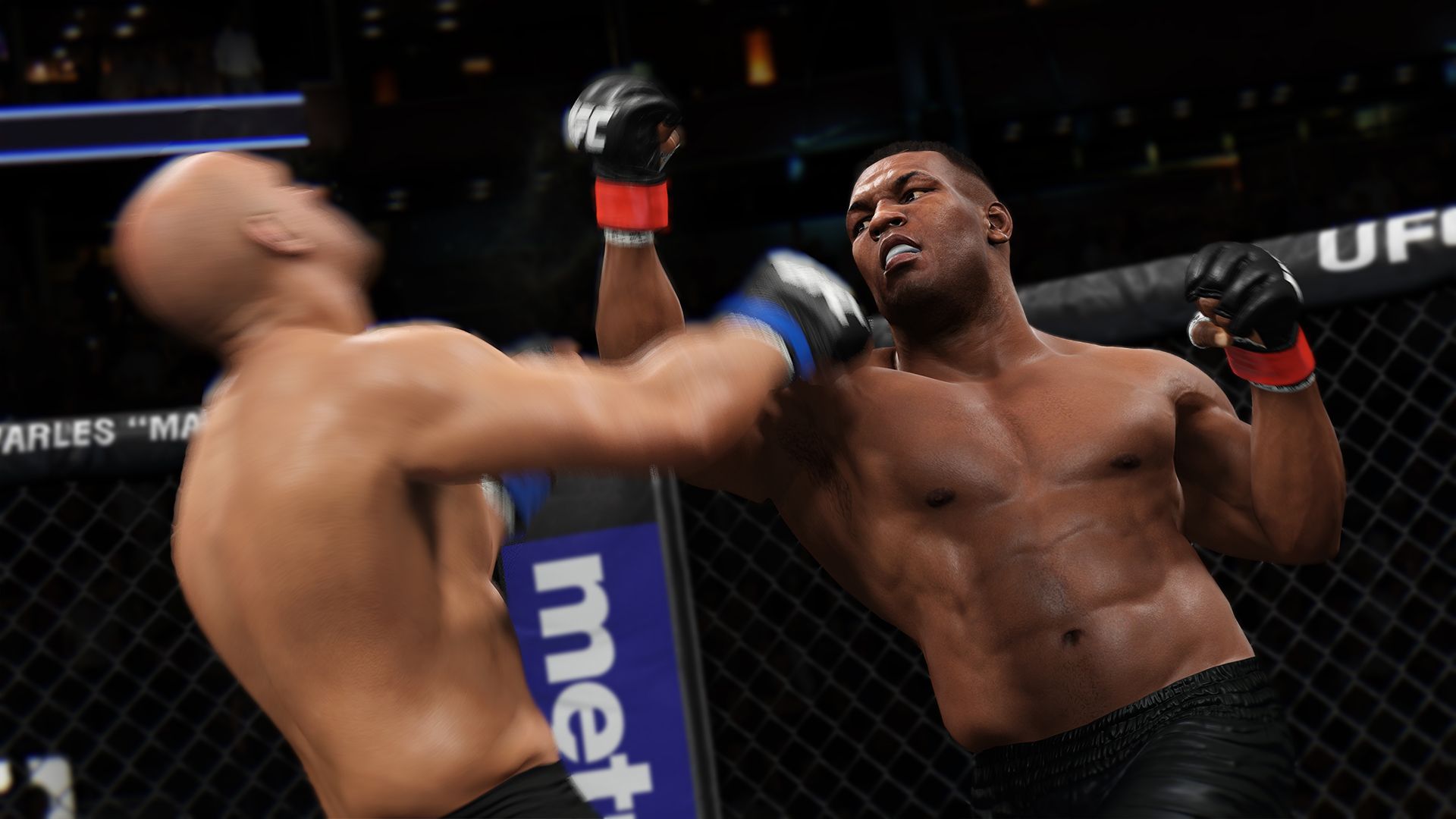 The Career Mode is structured well enough and for me was the biggest drawcard in terms of modes. Here you create your own fighter and ascend through the ranks to become champion. Each match you play however inches your character closer to their inevitable retirement.

The character upgrade system in career mode proves to be rewarding. To upgrade attributes you complete training sessions. Training sessions are basically a miniature game based on a particular attribute with your performance ranked at the end. If you have already completed a particular type of training sessions, you can choose to simulate it based on your previous performance. I found this to be a great way to combine practicing various component of the game as well as improving my character. 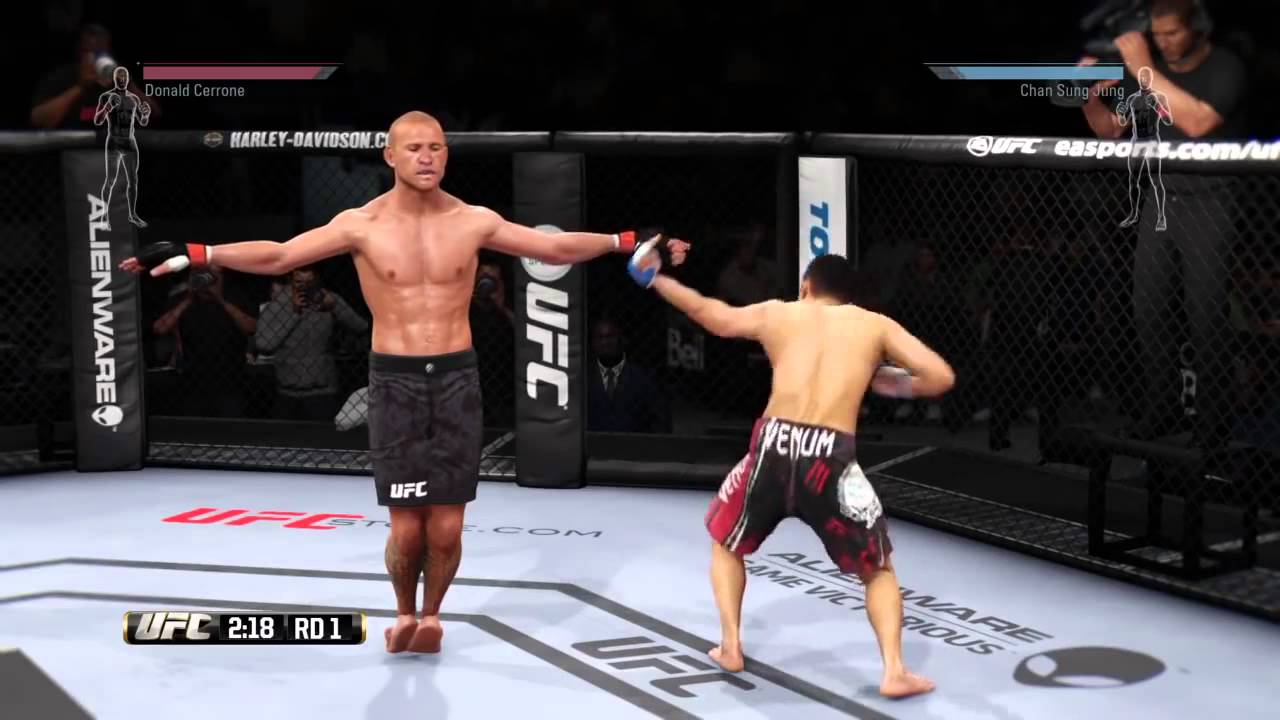 Another mode featured which appears to be trying to capture the success of EA’s other sports franchises is theUltimate Team mode. This mode feels like an odd fit for the game and for me it just wasn’t fun to play. Reminiscent of the FIFA series, the game is based around creating and upgrading a team of fighters through a card pack system and versing fighters from other people’s team online. I just didn’t see the appeal in doing this and despite trying, I just couldn’t get into it.

The commentary during fights becomes repetitive and at times it isn’t clear who the commentators are talking about. The soundtrack isn’t that great either however it does enough to not be bothersome.

EA Sports UFC 2 is a game that unfortunately isn’t fun to play. Where the game falls over is the gameplay which is both tedious and feels unbalanced. Parts of the game built around it, including the career mode and the character animations, are done well however it isn’t enough to save this latest entry in the UFC franchise.