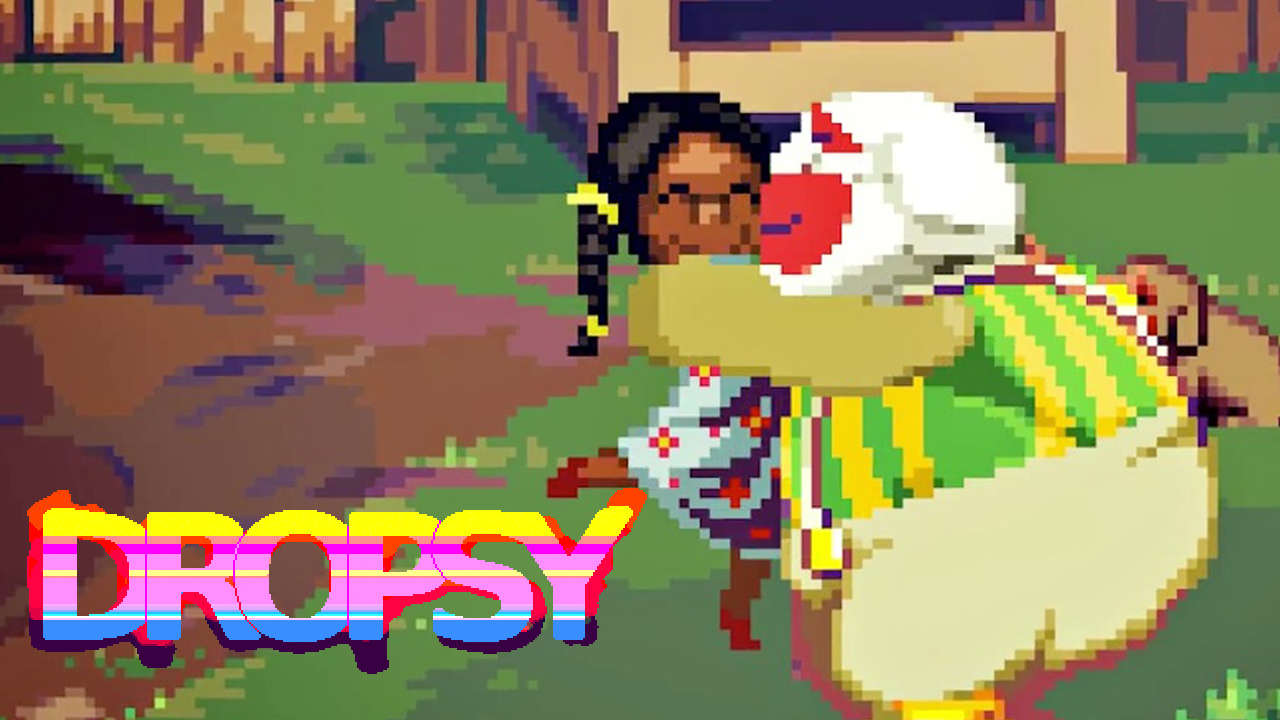 Point and click and games come in all shapes and sizes. This particular one comes in a very peculiar package. Dropsy is a puzzle adventure game that has been described as a hugventure. Yes, the main goal is to make friends with everyone in the game with the end result of getting a hug. Dropsy, being a freaky looking clown, has his work cut out for him as many are predisposed to the disliking of him.

Dropsy, as previously mentioned, is a clown, one with a sad o’l tale. The circus that was his livelihood burnt down, also killing his mother and on top of all that no one seems to like him. The character himself is nightmarish, if any clown looked anything close to what Dropsy does I would expect many to go running in the other direction. Yet he is portrayed as lovable, caring individual who just wants to be friends with everyone. 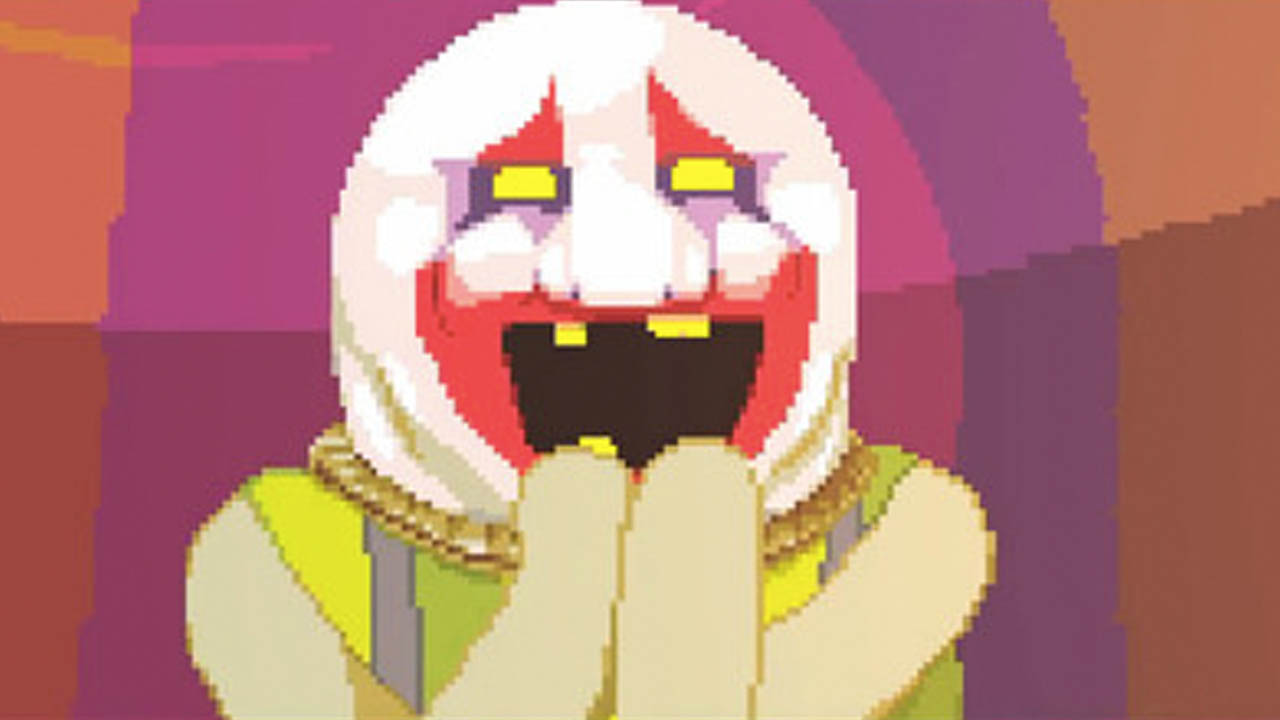 Getting that all affirming hug doesn’t just give Dropsy a big creepy smile on his face but in many instances also provides you with that much needed item to make some other hateful individual come to their senses and provide Dropsy with that highly wanted hug.

I feel the puzzle aspects go back to the roots of the genre as there is very little prompting if any with this game. This does make some tasks, while simple in nature, take a bit longer to work out as you simply don’t know all the available mechanics just yet.

There are some instances I found somewhat frustrating as two interactive areas were too close and I couldn’t pick up the object. Looking up a walkthrough thinking I was missing something showed me I had the right idea I just needed to click around a bit more. 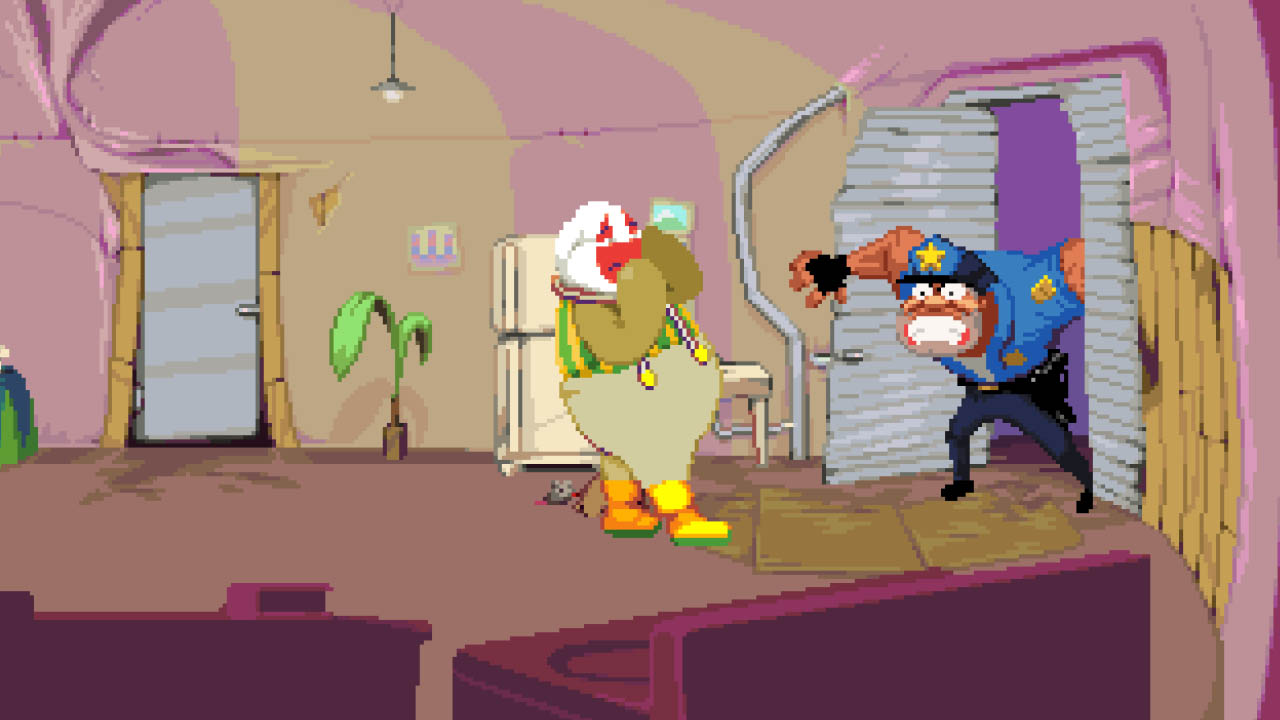 Completing some tasks opens up the world and Dropsy can roam it and revisit any place as they become available. It gives the game an open world tone. This was both nice and annoying. I did find myself wondering the expanse of the game many times when I got stuck with some puzzle or the other in hope of finding the missing link, or item.

Dropsy implements some fun mechanics with the use of pets that help out in specific situations. Your starting pet is a puppy dog that can dig up things and for no particular reason urinate on fire hydrants. You gain two more pets which allow further exploration and assist with obtaining items that would otherwise be inaccessible.

The visual style is likely the first thing you will notice. It has a creepy retro feel to it. The colours give an interesting contrast and the animation style accentuates the eccentric tones already portrayed. Even with all the styles and themes of the game trying to capture everything disturbing about clowns (which I’m sure is the point), Dropsy remains the star of the show. 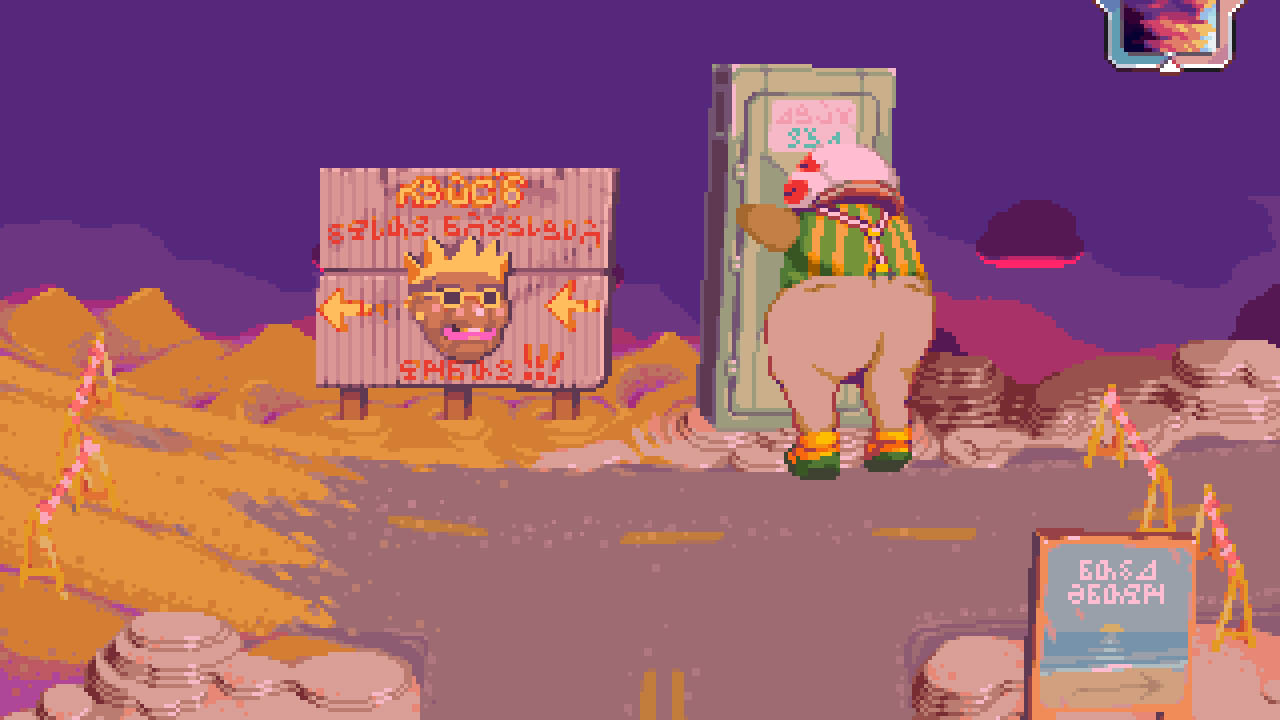 The game contains absolutely no dialogue and so all story and conversation are conveyed through a series of pictures which for the most part worked really well. It was when these pictures were a bit vague that caused some difficulty to arise in the game. If I had known what they were depicting I would likely have figured out the course of action to take sooner.

I can’t say the game gets all that exciting as it is a very slow paced and methodical.

On the whole the story is very anomalous and didn’t collectively feel like much of story. While it isn’t always driven by you performing this task to unlock that area it felt like there should have been more to it by the end. I could possibly complain that is was too simplistic but it certainly finishes off on a very bizarre note. There are more than a few unanswered questions by the end.

The first one being ‘Sorry, what?’ 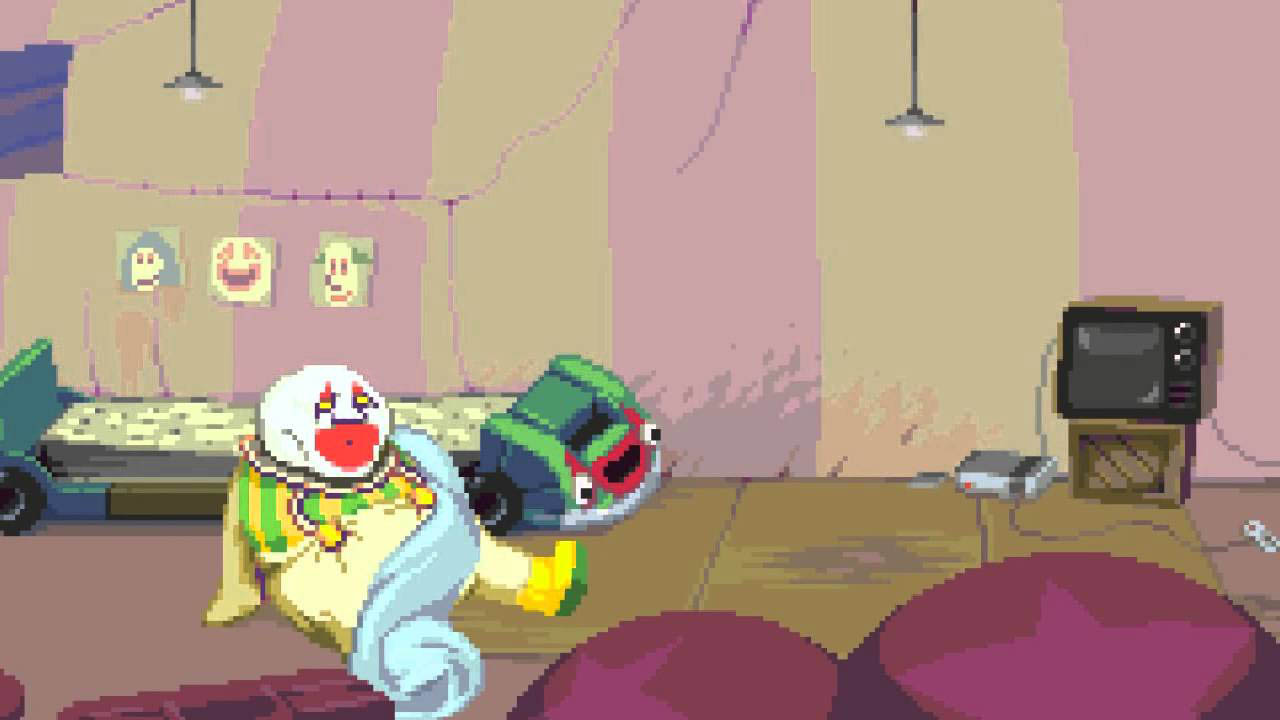 The one aspect that stood out for me was the music. It was superb.

Every area has a slightly different tone and set of instrumentals and it was absolutely an enjoyable experience. Roaming areas and simply listening to the accompanying music was worthwhile all on its own. Sound effects are also spot on and work effortlessly within the game.

Dropsy is a more unusually themed point and click game. There are interesting environments to explore and many undirected puzzles to solve. The music is easily the game’s biggest asset and wonderfully enhances the game.

There is some degree of tediousness to it all but it can be overlooked if you push on. The visuals can be something that may not agree with everyone but it encompasses the creepy undertones and alternative humor that is present in the game. It may not be every one’s type of circus but sometimes you just have to sit back and enjoy the show.