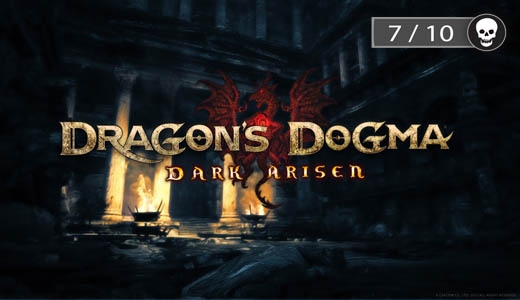 I only played Dragon’s Dogma very briefly when it first came out in 2012 – but what I did played, I thoroughly enjoyed. It is, then, slightly worrying how familiar this re-released expansion game feels.

As someone with only a small background in the Dragon’s Dogma series, I did my best to tackle this game with the freshest eyes possible, diving into this very well put-together action RPG with a childlike abandon, ready to hack and slash, and have as much fun as possible. Throughout this review, the expression ‘Much like the original’ is likely to pop up a handful of times. This isn’t lazy writing on my part, but rather a clear indication of just how familiar this game will feel to any returning fans of the series. 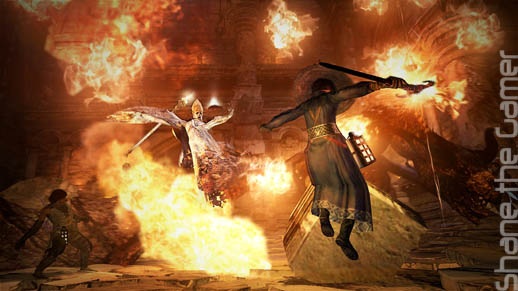 With that in mind, I’ll do my best to focus on the new, rather than rehashing what you might already know about the old.

Much like it’s fore bearer (see, told you), Dragon’s Dogma: Dark Arisen delivers the fun (once you get past the steep learning curve), dropping you into a rich and exciting world of all manner of terrifying monsters, magic and swordplay. 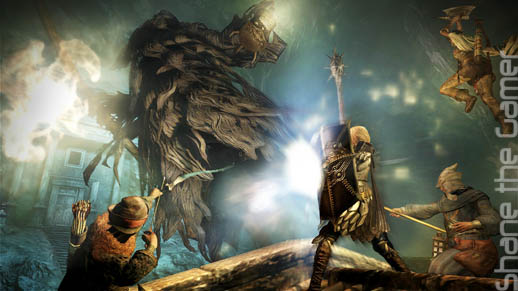 Equal parts Final Fantasy and Devil May Cry, DD takes places in the rather visually uninteresting land of Gransys – a sort of neutral toned barren filled with roaming enemies. And while the backdrop of the game may not do anything to immediately encapsulate you, the enemies you encounter along the way surely will. 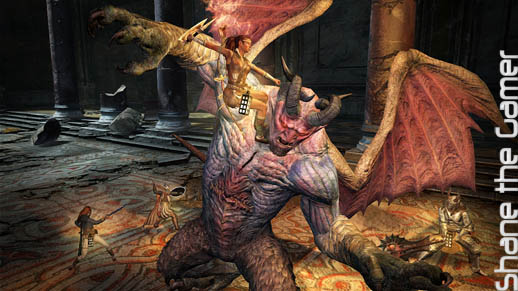 These are in-arguably the stand-out presence of the game, along with the range of ways you’re presented to attack them with. If you’ve picked a melee heavy class, you can hack and slash at smaller creatures with heavy attacks, or clamber up giant beast to stab them all over – in a similar vein to Shadow of the Colossus.

Alternatively, magical abilities allow you to rain down huge and impressive elemental spells to devastate your enemies with fire, ice, lightening and everything else you want to be able to conjure up in an RPG. 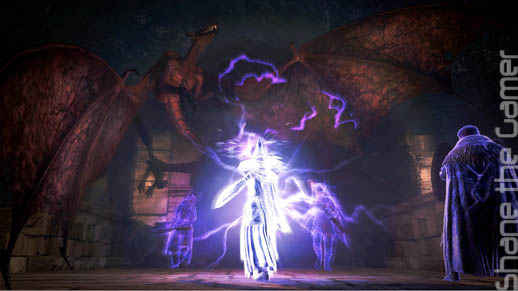 What further adds to these exciting encounters is the way the game manages to create a sense of fear in the various environments you stroll through, with something liable to jump out from behind every corner to give you a good scare. This is especially prevalent in the new segments of the game, where you find yourself being stalked by a particularly iconic and nasty enemy.

During your battles you are joined by up to three companions. 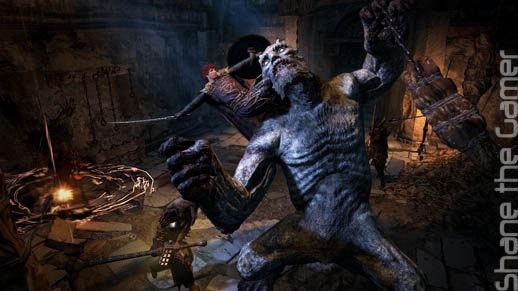 Initially, as you’re learning the ropes of the fairly complicated battle system, these guys are helpful, but eventually become more of any annoyance than anything else – giving you advice you don’t really need and moving without any real cohesion as a unit.

This is fairly standard RPG companion behavior, but given the wildly fluctuating difficulty still present in Dragon’s Dogma – an unpleasant hangover from the original – your companions dying for no real reason can often be the difference between success and failure. 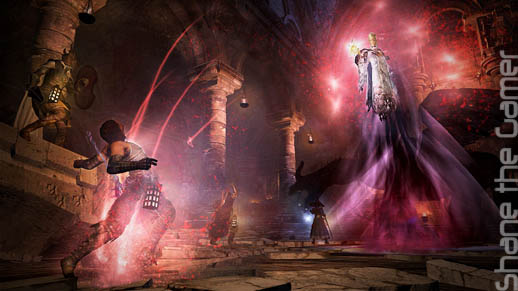 So, what actually separates this particular version of Dragon’s Dogma from the last one? The addition of new content, namely Bitterback Isle – a grim and somber place, fresh with new enemies and areas to explore, and a whole bunch of new objectives.

Like the main game, it’s not without it’s frustrations, but on the whole is a more than worthwhile addition to the overall game universe – a collection of adventures hosted through a series of dark, dank dungeons with an additional underlying subplot full of romance and sadness – which gravitates between engaging and borderline melodramatic. 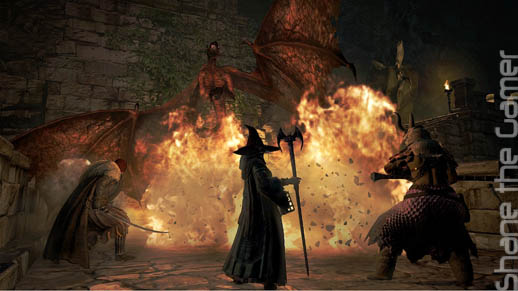 Upon playing through it, it immediately becomes clear that perhaps this addition – while strong in a number of ways, and certainly by no means a tiny outing – would have been better served as a DLC expansion for the original, rather than being released as a separate disc. If I owned the original, and found there was new content available and I couldn’t download it but rather had to re-buy the game from retail, I think I’d be rather annoyed. 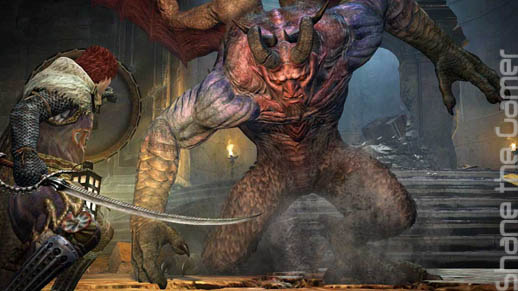 If you played the original Dragon’s Dogma, and really, really liked it, to the point where you’d do just about anything to dive back into this world for some fresh content, Dark Arisen will tick that box perfectly well.

If though, like me, you’re a bit of a fair-weather fan and the original was more than enough hack-and-slash RPG action for you, you could be forgiven for not shelling out the extra cash for this latest outing.