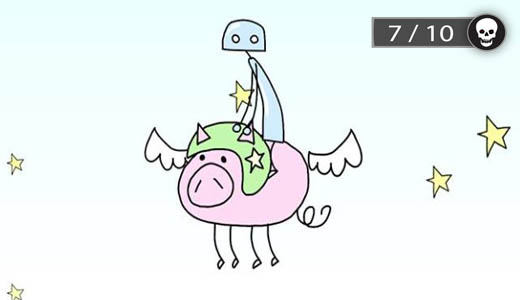 The latest game out from HumaNature Studios is a deceptive one. A robot flying round the universe doing odd jobs for people/aliens/trees sounds like quite the strange little adventure – and it is.

But while strange, what makes Doki Doki Universe shine is the humour and light-hearted approach to a rather ambitious and heavy topic like the human condition.

The story begins with our character, QT3, a robot who has outlived his purpose for the humans to which he once belonged and has been abandoned on a planet with nothing but a red balloon for company. As he longs for his return to an angelic little girl and her family, QT3 is visited by Alien Jeff (who is in fact, an alien) with the bad news that since QT3 has outlived his purpose, he is destined for the scrapheap. The only thing that can grant QT3 amnesty is if he can prove his humanity. And so the story begins. Visiting planets and interacting with their different inhabitants, QT3 is tasked with learning enough about the different beings throughout the universe to prove his own humanity through a number of personality tests. 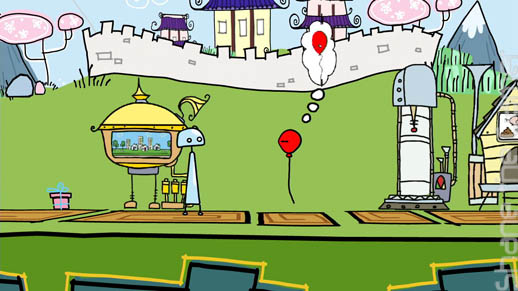 Graphically, Doki Doki Universe is brilliantly simplistic. The art style is straight out of a children’s book, which could cause more mature gamers to lose interest, but instead creates a feeling of universality to the tone. This is a game for anyone to play, and to understand at any number of levels. It lends itself to additional content quite easily, either from the developer or from fan art contributed from the community similar to other PlayStation titles like Little Big Planet. 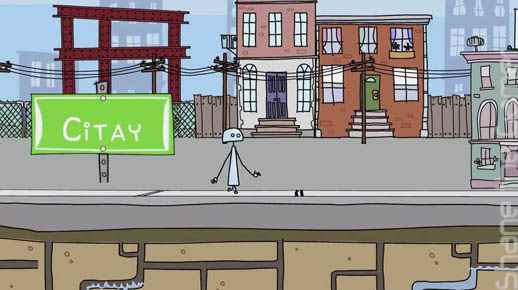 The gameplay is also very simple, but focuses more on the depth of the universe to explore. Exploring planets is entirely comprised with mini quests, which does make this a game that will appeal specifically to those completionists out there. There is a real satisfaction to be had by seeing a planet’s missions completed and the icon on your map covered by a giant green tick. This style of gameplay does become repetitive and boring when done in long stretches of time which makes this game more suited for play on the PS Vita. Being able to do a quick fetch quest when I had 5 minutes to kill made the gameplay far more enjoyable and addictive than when I played on PS4 and landed on a planet to see a dozen quests; all to do in one sitting. 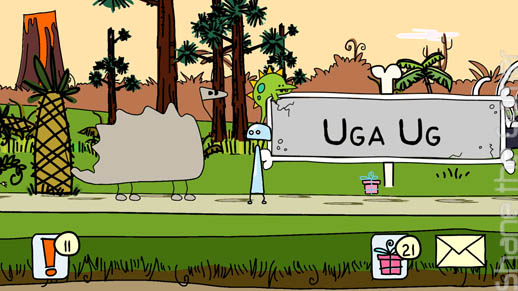 The Personality tests are fun and humorous, but after a few their role in the game becomes questionable. In relation to the story, they are designed to diagnose QT3’s level of humanity, however this is never fully realised through anything more than leveling up. The idea that humanity can be reduced to such a measurable state also undermines the tone of the game by not acknowledging how unique and subjective the human experience can be. The subject of these tests is also unclear when you consider who is answering. Is this portion of the game designed as a role-playing scenario where the player answers these questions as the character QT3, or are they meant to answer as themselves? The inclusion of the player’s personality in these tests almost states that it is impossible for QT3 to be human without our influence. 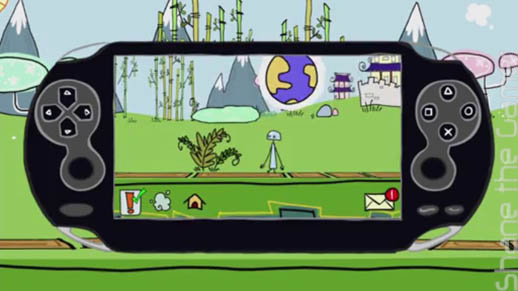 The leveling system for QT3 does feel someone arbitrary. Unlocking new avatars and background images for your homeworld, leveling up feels no different to simply earning new images and collectables from doing side missions. Reaching a new level doesn’t unlock any new areas or quests, which is a shame given the game is so invested in examining growth and development. 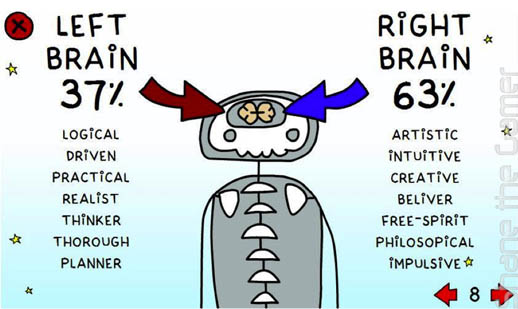 Overall, Doki Doki Universe is a great game for those out there that just want to float around and chill out. There’s no driving momentum and no pressure to get things right, since there’s really no right or wrong answer. Mini questing through a non-linear world makes this a perfect game to play on any platform, however given the minimalistic controls and short natures of the quest, this game truly shines of the Vita. The examination of humanity is also ambitious and poignant to an extent, however the execution through the story does seem to lose sight of the overall meditation the game seems to be seeking.