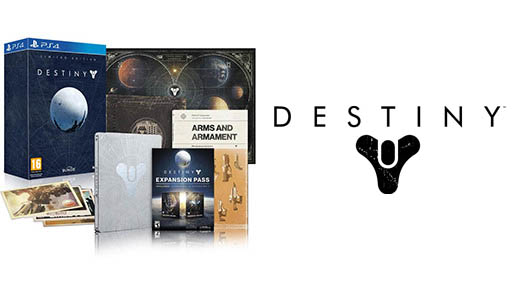 Unless you were pre-ordered it about a decade ago, chances are you already have or are about to pick up a copy of the Destiny Ghost Edition which released a day or so ago.

Here at shanethegamer.com, whilst we didn’t get the Ghost Edition, a cunning bit of ninja pre-ordering did mean that we got hold of a copy of the Destiny Limited Edition.

So, whilst Grant and Jude argue about who is going to review the actual game, please enjoy the Shane the Gamer Destiny Limited Edition unboxing. 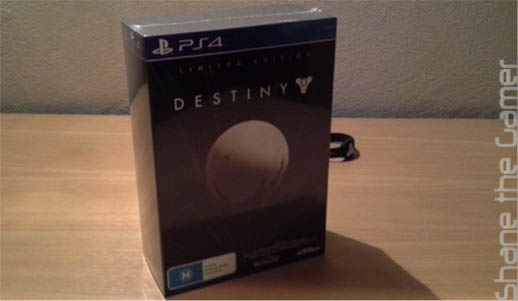 When developer, Bungie, announced that they were splitting up with Microsoft and leaving their much-loved Halo franchise behind everyone wondered what they would do next.

A surprise partnership with Activision paved the way for what is probably one of the most anticipated new game franchises in recent history. 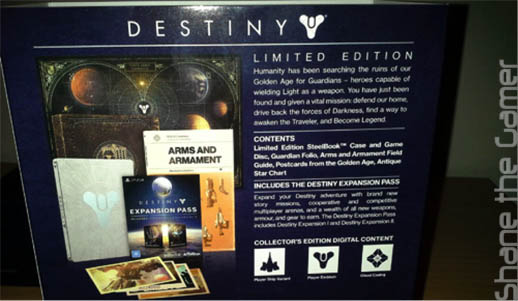 An online game that’s a cross between a single-player first person shooter and a massively multiplayer online game. You’re going to need all the help that you can get and the Destiny Limited Edition is packed with goodies to help your career as a guardian get off to a good start. 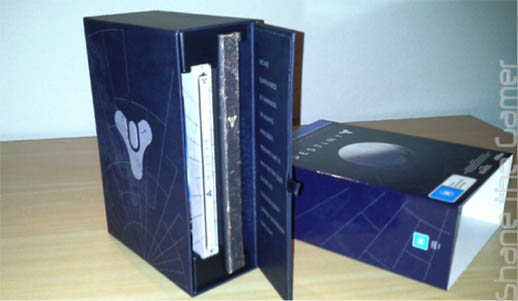 With the outer sleeve off the magnetic latch on the box can be opened to reveal the content within. On the underside of the lid the inscription reads:

We are surrounded by darkness. We always have been. Perhaps that is way the traveler chose us. For even death cannot extinguish our light.

Box contains two items: the disc in a striking steelbook and stressed leather-look folio. Because our copy came from EB Games, we also had an exclusive extra code for an upgraded Sparrow- your Guardian’s in-game transport. 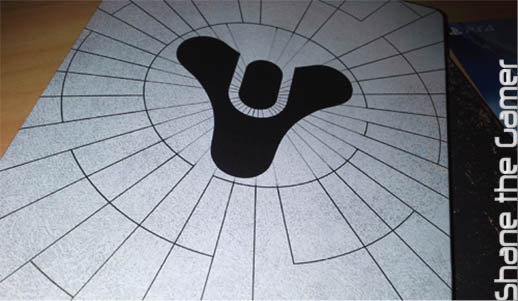 I’m not usually a fan of steelbooks, but this one does look interesting – rendered in a version of the game’s map pattern. 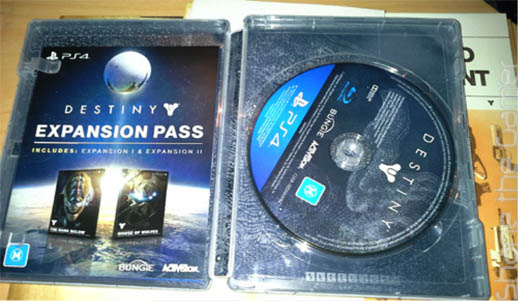 Inside the case is, of course, the game disc plus some redeemable codes. The first is the Destiny Expansion Pass, which includes expansion 1 and 2, The Dark Below and House of Wolves. 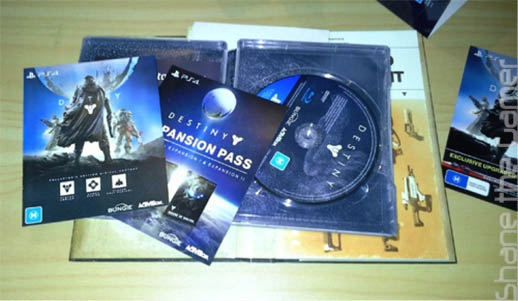 The second is the collector’s edition content: a player emblem, a Ghost shell and a player ship variant. The Limited Edition also grants early access to Vanguard Armoury weapons and gear. There’s also a PlayStation Plus one month trial, which you are going to need to play the game if you are not already a subscriber. 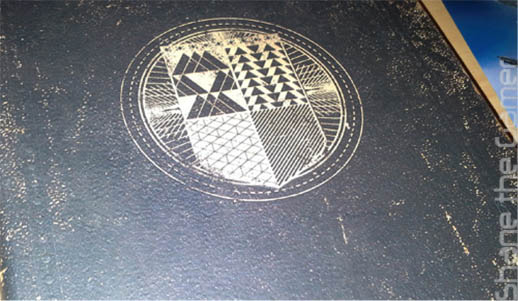 The embossed stress-leather-look folio is an in interesting trinket and quite nicely made. But what’s inside that is exciting. 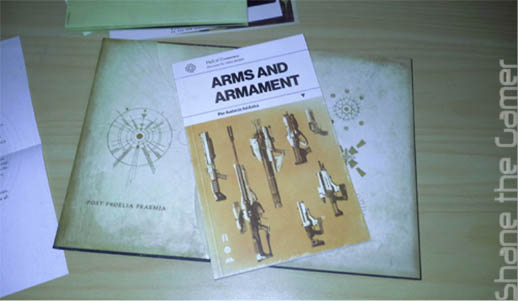 The bulk of the folio houses a book: Arms and Armament, which is a faux military manual come art book, filled with hand-written notes. 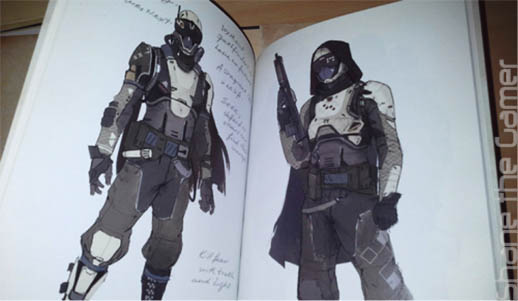 The book offers a little extra info about the game and some of the denizens of Destiny. 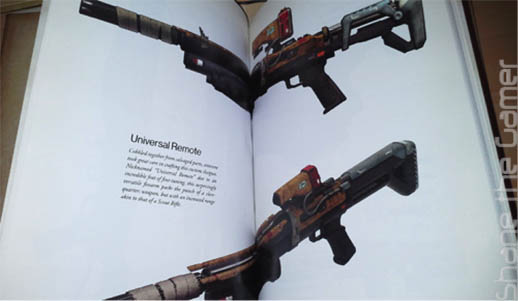 There’s some nice illustrations, each with a little write-up. 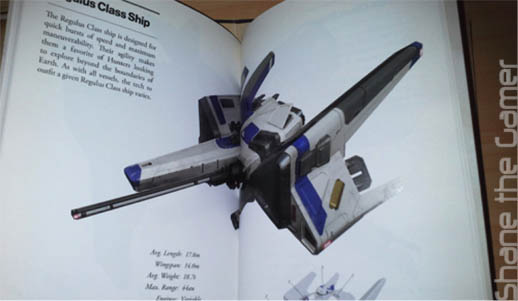 The manual covers shops as well. 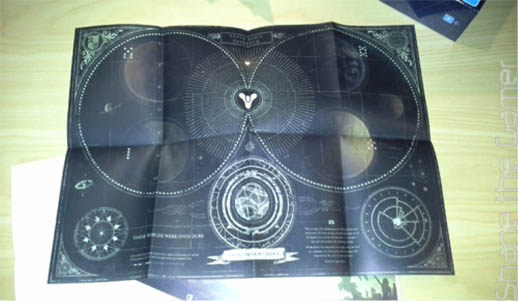 The other side of the folio is a folder full of relics from the past and a map of the worlds of Destiny. 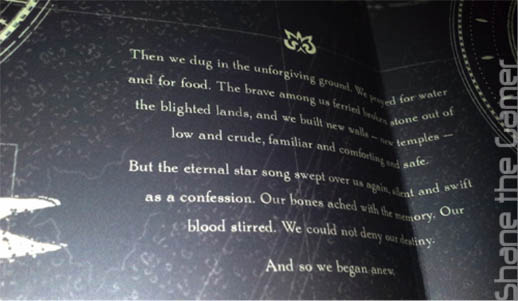 The map is a bit more than just a printed piece of paper. It’s got a waxing finish that’s a bit different to the usual physical game map. 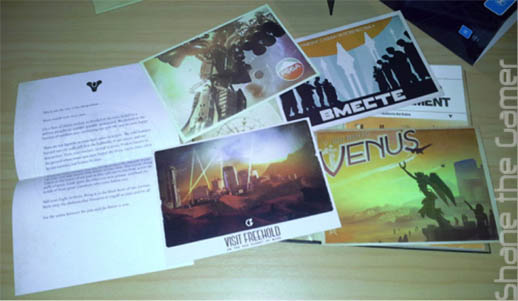 Like the map, the relics are also very well done. 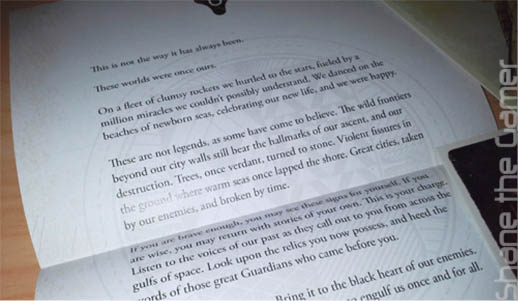 An embossed piece of paper expands upon the text on the inside of the box lid. 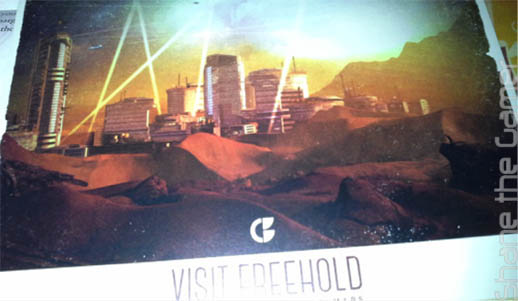 There’s also some illustrated cardboard postcards featuring the planets in the game. 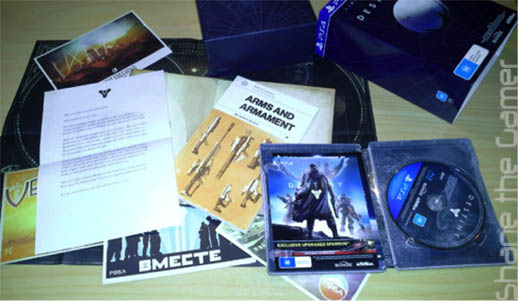 With its very collectable extra physical items and handy in-game extras the Destiny Limited Edition is great value for fans. With the inclusion of the expansion pass, as well, buying this version is pretty much no brainer. 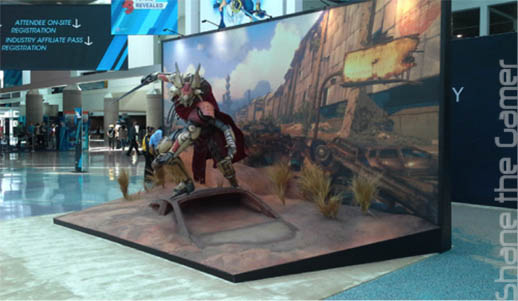 Well, that draws this little preview of the Destiny Limited Edition to a close. Be sure to check back for Shane the Gamer’s review of the game.