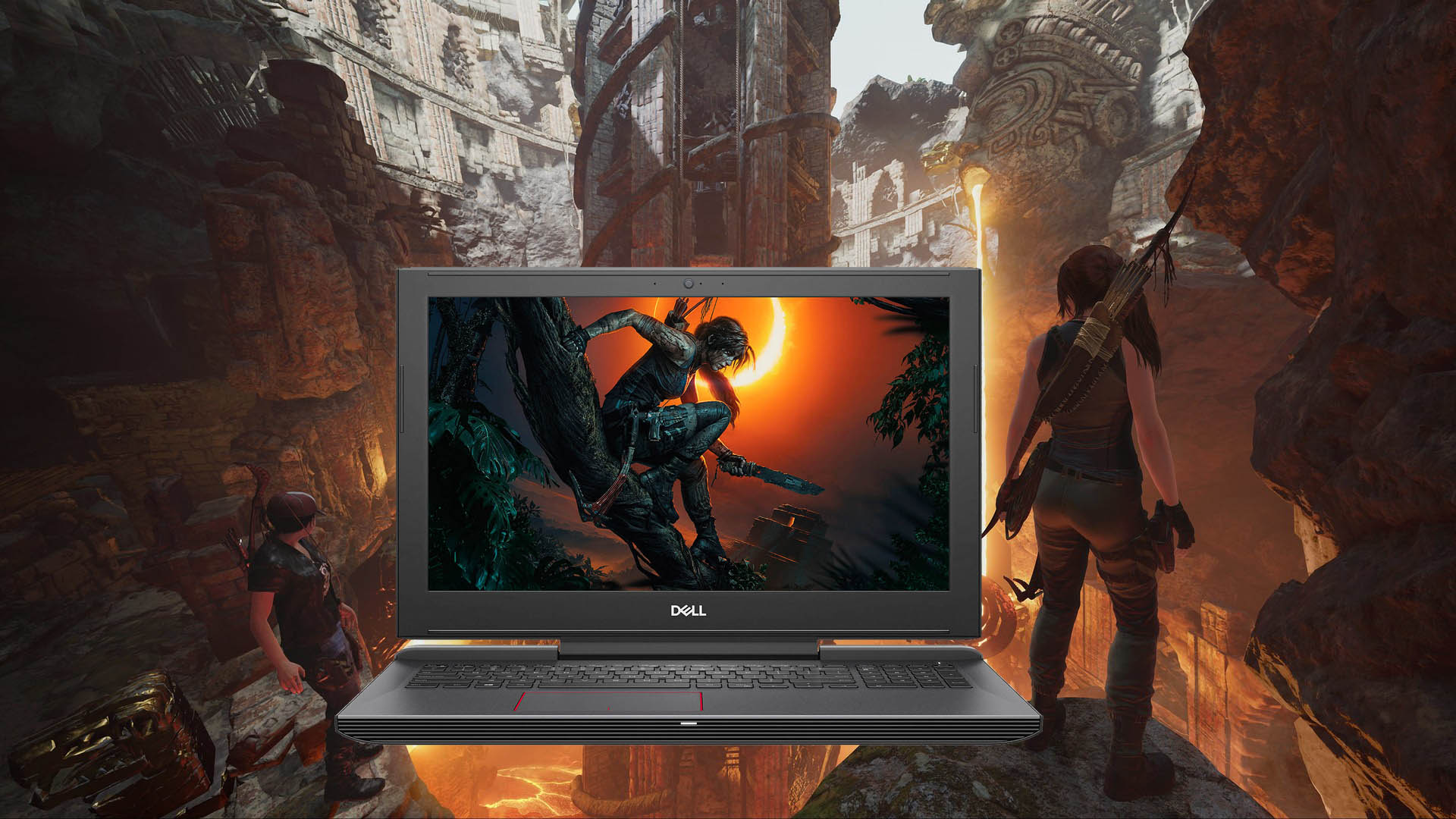 NVIDIA’s latest RTX-powered ray tracing and Turing technology is now here on laptops, but what does that mean for how we use and play games, especially when it’s the more mid-range end of the hardware scale? That’s the question that the Dell G5 2019 sets out to answer, and it’s a question that I think is so far only partially answered.

Dell’s laptop is a decent upgrade to the 2018 model, with the main upgrade the move to NVIDIA’s Turing architecture away from the now somewhat aged Pascal. The model Dell provided to me featured a 6GB RTX 2060, which brings with it much better performance compared to the 2018 model, as well as the ability to implement ray-tracing, variable rate shading, DLSS upscaling and other goodies standard for NVIDIA’s top range of cards.

Otherwise, the chassis remains familiar, featuring a decent amount of ports (mostly found at the back of the laptop), including a Thunderbolt 3 port, which allows high-speed access to peripherals such as external GPUs. Also upgraded is the Intel processor, to the i7 8750H, and while this is not to technically the most recent version of this processor, the differences between it and it’s 9th generation counterpart are minor at best. It remains a six-core, twelve thread workhorse that has become a staple of gaming and workstation laptops across the laptop world. 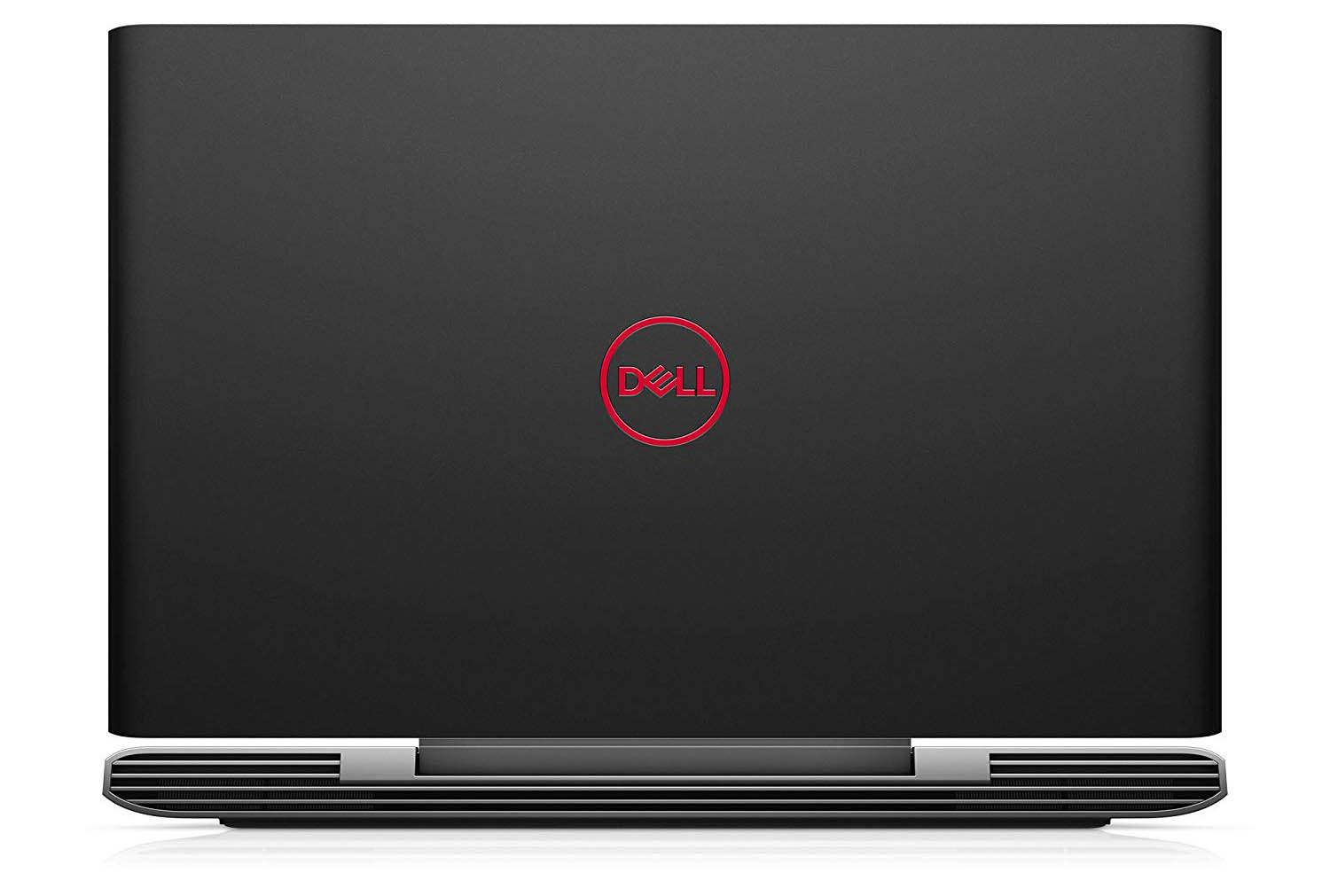 While I appreciated the G5’s understated design and subtle highlights, less appreciated was the laptop’s keyboard. While I have used 15” laptops with a workable keyboard and number-pad combination, I never quite felt comfortable with this one. While it may just be personal preference, the key size and positions never sat right with my fingers. The numberpad keys in particular seemed too skinny to be used easily, though again your mileage may vary.

Better was the 15” IPS 1080P display. At this price range 144Hz displays aren’t as common, so the inclusion of a standard 1080P / 60Hz screen isn’t noticeable. It does, however, have thin bezels and good colour reproduction from its IPS display. So despite the move from a GTX 1060 graphics card to the RTX 2060, your target resolution and frame rate will remain the same. But with rising system requirements and a new generation of console coming to market to reset baseline CPU, GPU and RAM, expectations, there is plenty of opportunity to soak up any additional performance from new, more powerful internals.

That will be helped with new capabilities such as DLSS. For those who aren’t up to scratch with the latest in GPU acronyms, this technology allows intelligent upscaling of lower-resolution images. So to get a 4K image, you may only need to internally render a 1440P or even 1080P image. This technology, I think, will prove valuable in extending the lifetimes of gaming laptops without upgradable GPUs such as the G5, so it’s a welcome addition here. As system requirements increase further, the inclusion of DLSS, alongside variable rate shading, will allow the 2060 to maintain playable levels of performance for longer than machines without this capability. 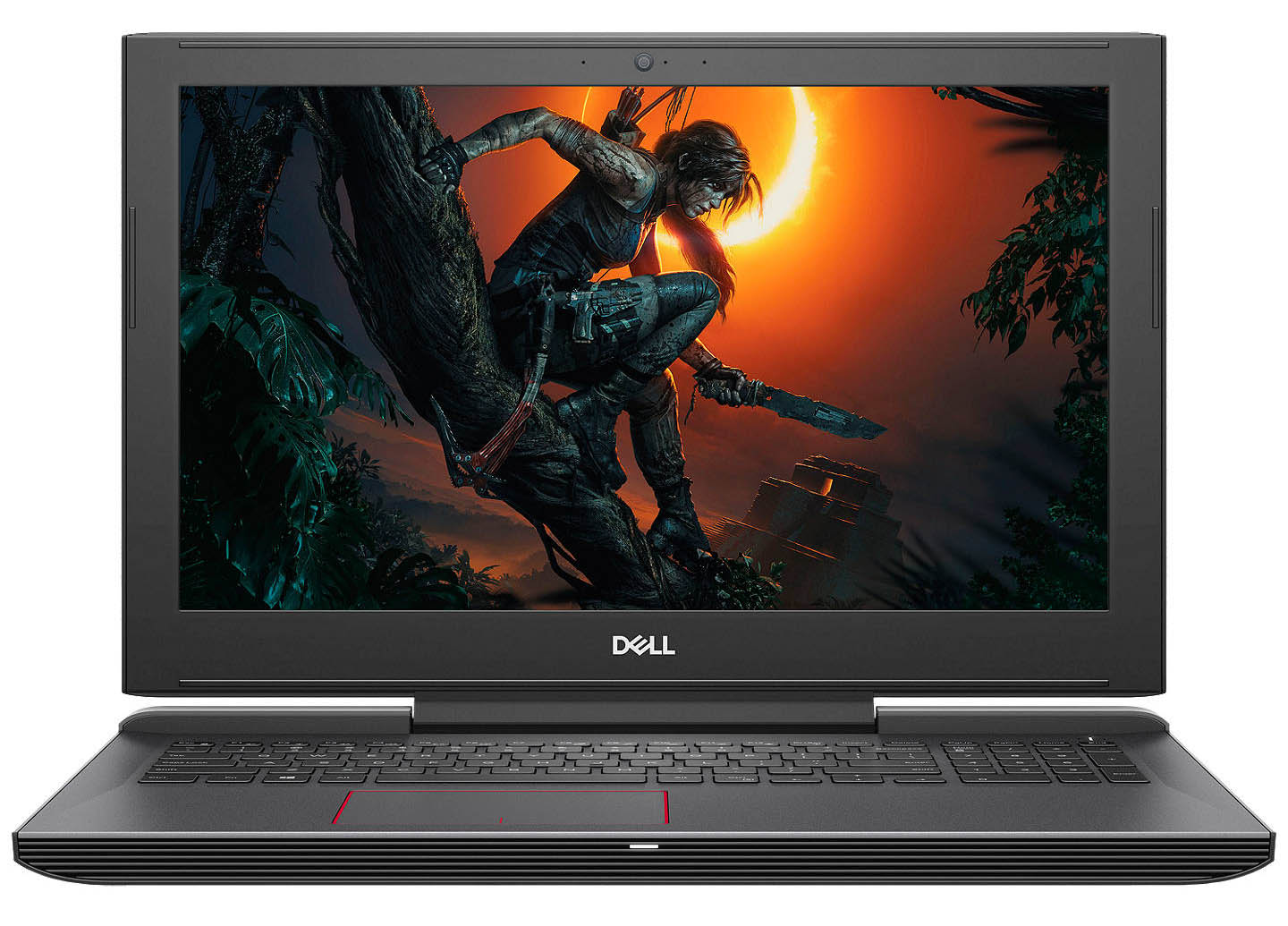 In terms of performance in the here and now though, what can we expect?

For Ultra 1080P, the G5 has you covered. Shadow of the Tomb Raider gave an average of 65FPS, and Far Cry 5 sat comfortably above the magic 60FPS mark at 72FPS, with a minimum of only 56FPS. The G5 will also smash any eSports title like Counterstrike: Go or Overwatch. I did have some issues with the notoriously demanding Assassin’s Creed: Odyssey, whose benchmark ran at only 44FPS. While this is not in and of itself surprising, it does indicate that in at least some titles you will want to lock the frame rate to 30FPS, unless you can cope with screen tearing (which some don’t even notice).

Thermals and noise were generally okay on the 2019 G5. There were no fan profiles in the software that I could see, though the fan noise itself was never too loud. That said, while the fan noise levels itself were not too loud, even while under load, I personally found the fan whine to be high pitched and a little unpleasant.

Overall, the 2019 Dell G5 laptop is a solid, if not outstanding performer, that due to its inclusion of an RTX GPU, may be a good bet for mid-range performance if DLSS becomes prevalent in future games. It has a CPU found in much more expensive gaming and professional laptop, and with Thunderbolt 3 capabilities could provide the flexibility for you to live the one PC lifestyle without giving up too much performance. It was hard to really find much to fault with it, though at the same time nothing in particular stood out about it. I lived comfortably with the laptop for about a month, and in the time it served me admirably. With a modest 1080p display and a powerful graphics card, it has the power and longevity to make it a worthwhile investment.