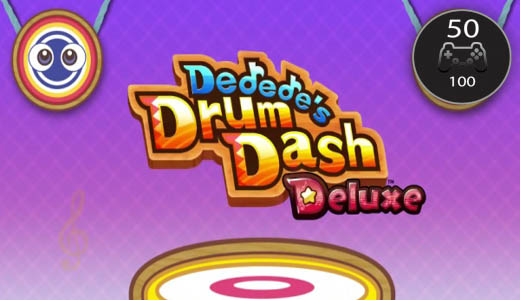 Apparently making one mini game spin off title from Triple Kirby Deluxe was not enough for Nintendo and so they give us Dedede’s Drum Dash Deluxe. Now there really isn’t all too much to say about this one. It is a 2D arcade game for the 3DS.

As the title might imply, you are Dedede and you dash, or really bounce from one drum to the other. There are, thankfully, a few other aspects to it. The overall goal is to make it through the Level before time runs out and to do so with collecting as many coins along the way as you can.

Landing on a drum will automatically have you bounce but if you time hitting the jump button just right you can jump higher and higher. Using jump and double jump is a necessary component to complete any Level and one that needs to be mastered if you intend to do so efficiently. 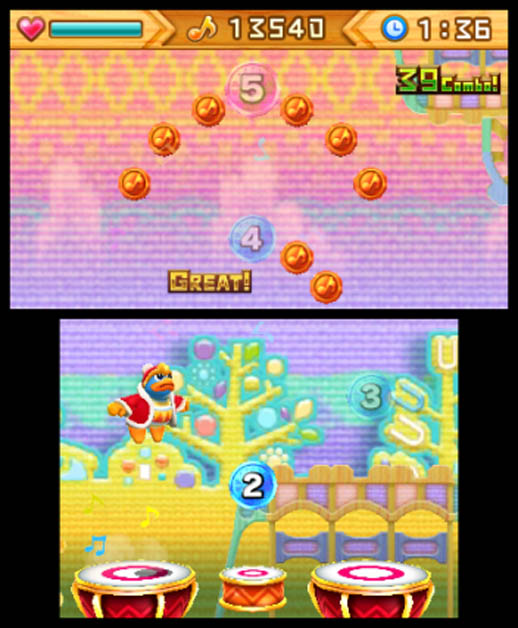 Using your jump technique you need to both avoid obstacles and collect coins. There are also tricky drums that may move or self-destruct after a bounce or two. Falling off the drums or hitting some obstacles will result in loss of health and when that drops to zero it’s all over and you need to restart the Level from scratch.

As Levels progress things become faster paced and trickier to manoeuvre through with some instances blocking the screen in sections making anticipating the Level much harder. 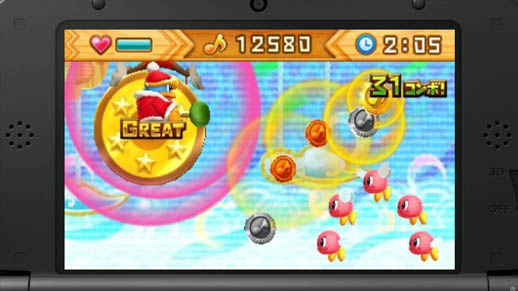 Unfortunately that is about it. The game is quite limited and doesn’t actually have that much to offer.

Completing Levels will unlock new ones but even these are very limited. I realise this is only an arcade game but I seem to expect a bit more from Nintendo. 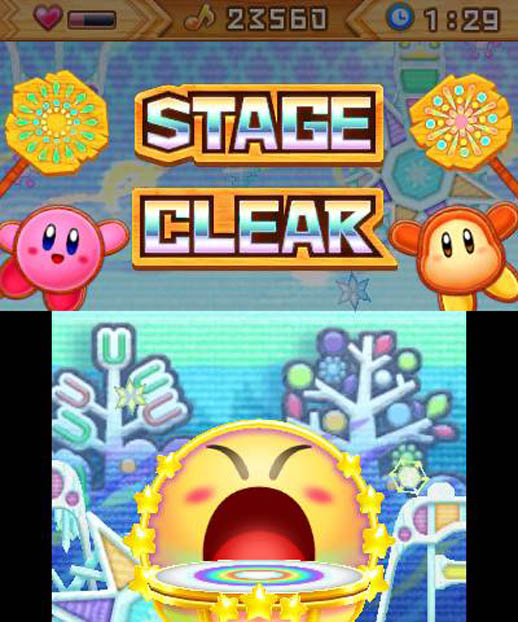 Dedede’s Drum Dash Deluxe feels more like a phone game and I don’t think it deserves its own title on 3DS. If you own a 3DS I have some confidence that you will also own at least one proper game.

I would recommend replaying whatever that is rather than investing time or money into this one. I guess if you have kids it might keep them occupied for a while.