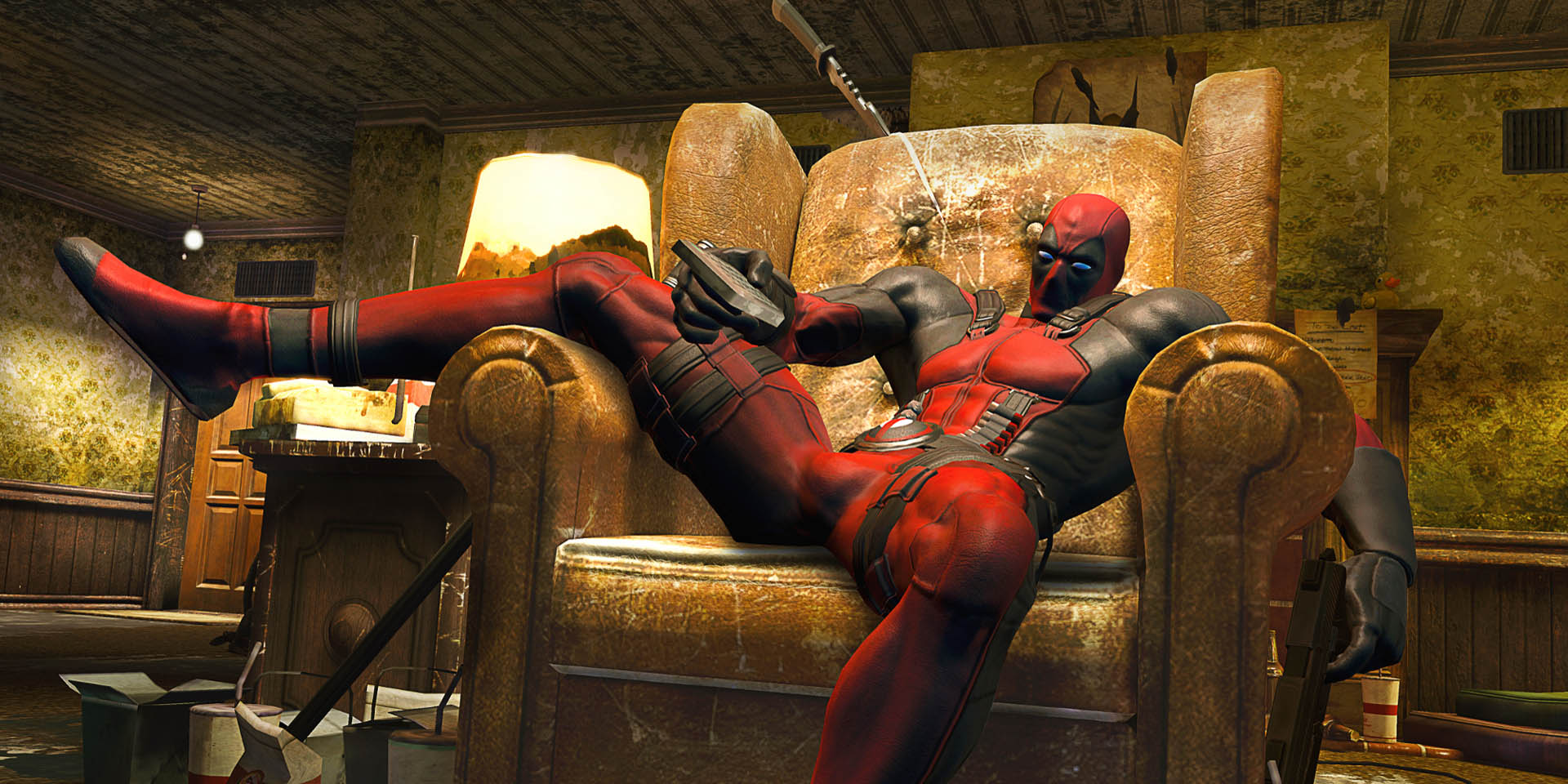 Everyone is talking about Deadpool at the moment – the infamous ‘merc with the mouth’ – with the impending release of his big screen debut next year. So of course, what better time than for us to be given a high def rework of the Deadpool game for the current gen consoles. Why not!

The main plot revolves around Wade Wilson aka Deadpool chasing down Mr Sinister one clone at a time for interfering with a contract hit on mogul Chance White. However, it wouldn’t be a Deadpool game without the fourth wall being not only broken but completely shattered; and we learn our antihero assassin has forced High Moon studios to make the “most awesome game ever” with him as the leading man. The fourth-wall remains ignored for pretty much the majority of the game, and it does a good job of distracting you from what a fairly generic action gameplay, and helps you get lost in the overall experience.

Despite what Wade Wilson says about it throughout, the script is the crown jewel of the game. It manages to stay true to the feel of the comics and the running commentary from all three voices in Deadpool’s head provide big laughs when you least expect them, and the supporting cast of Marvel cameos make for great comic foils. (The optional explanatory montages are a nice touch for those not familiar with the likes of Arclight and Vertigo.) 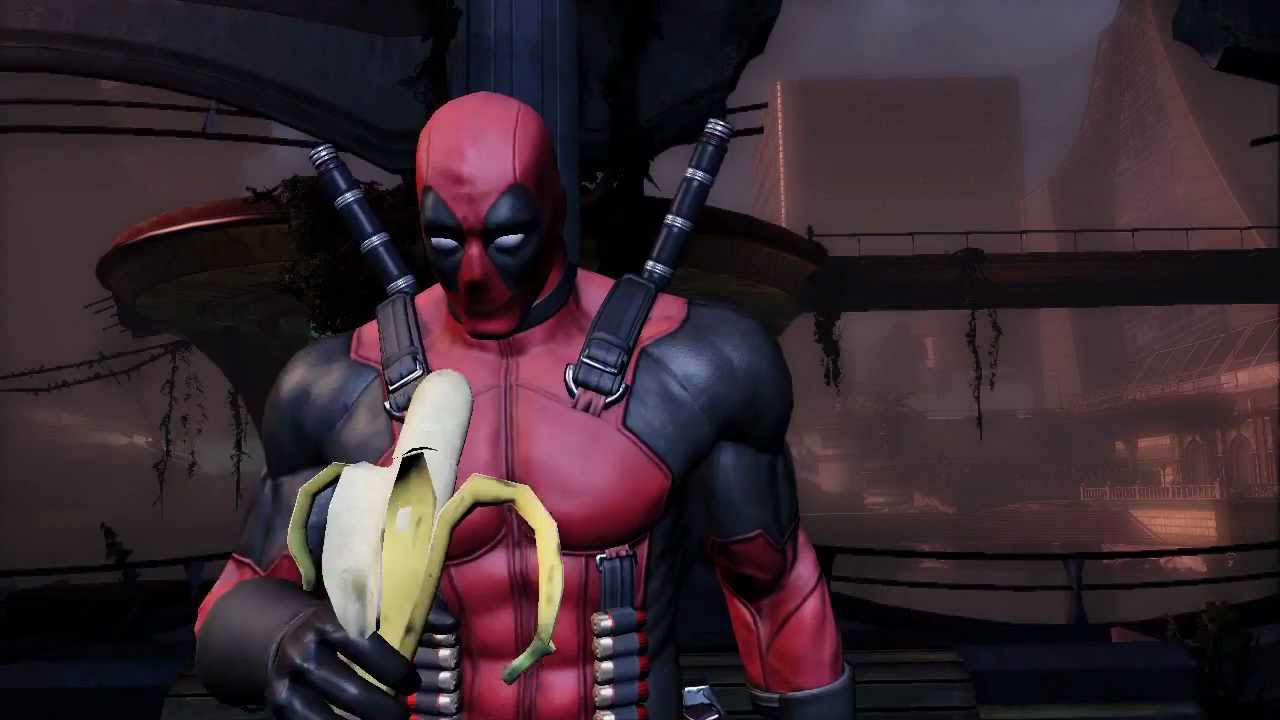 It reminds the player that it’s all supposed to be fun, and provides some much-needed spice during the pretty bland gameplay, which is especially valuable in helping you lose track of time while playing. Deadpool may be a fairly simple game, and there’s not much reason to bother returning to it after you’ve finished it, but the script will suck you in and make sure you’re entertained. 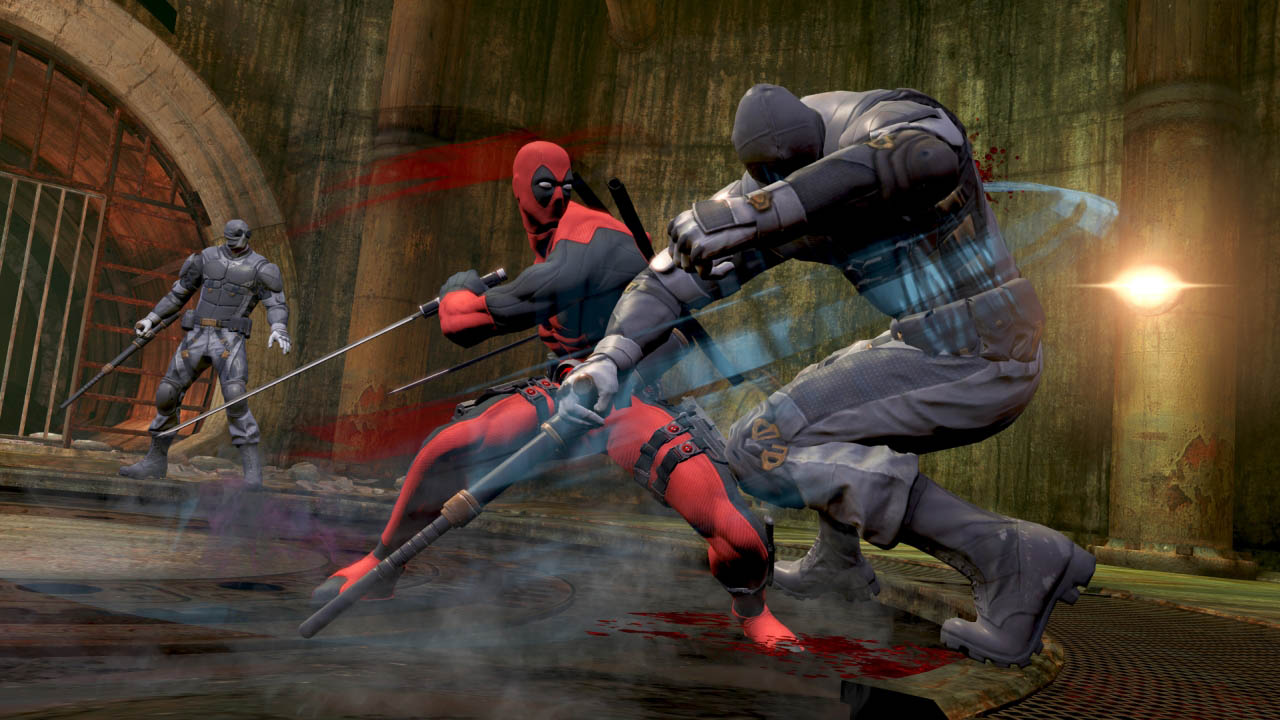 However, it’s a shame that with a lead character who so successfully deconstructs the genre he exists within, gameplay is little more than jumping between platforms and waiting for the baddies to run in and stand in a circle so you can shoot them with guns and attack them with close combat weapons. The standard superhero fare is occasionally broken up with some old school gaming throwbacks, which Deadpool puts down to budgetary issues.

They’re good, but don’t really push the envelope as far as you want them to and only highlight what High Moon could have cooked up if they’d had more money to play with. 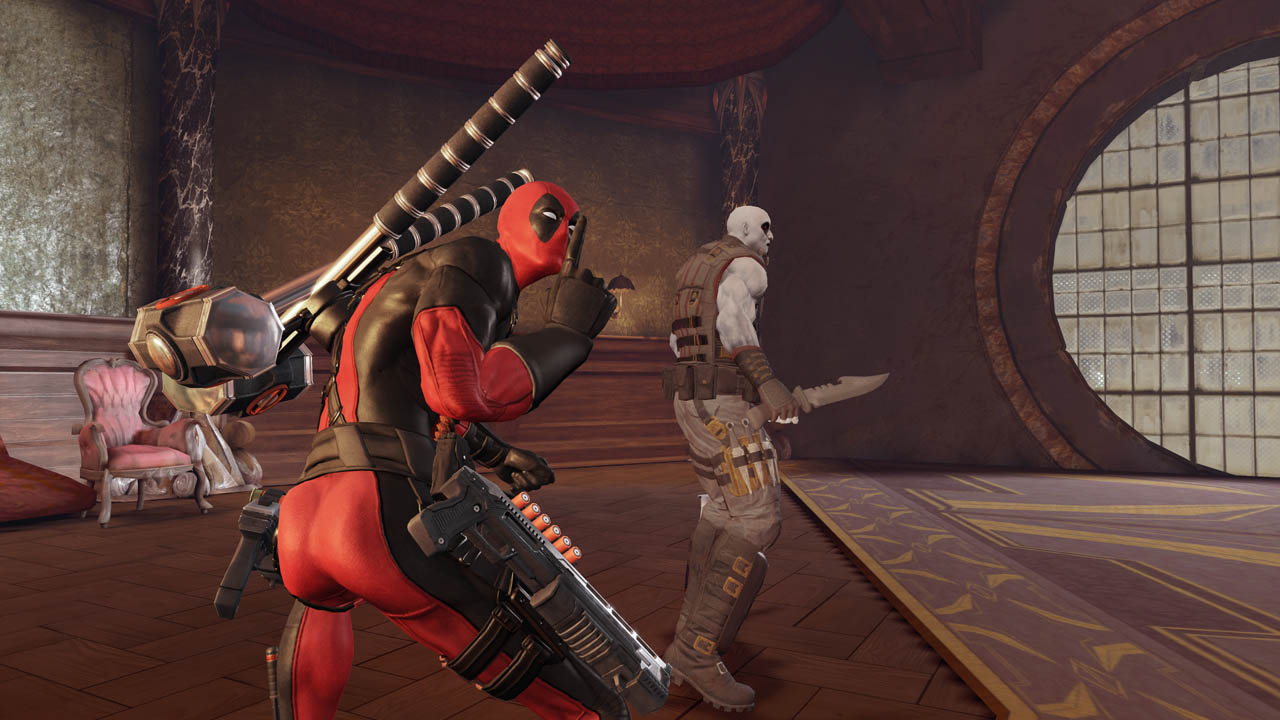 Deadpool looks and sounds fine, but occasional lag during combat is frustrating as hell and ruins some of the comic timing. There’s not much more to say – the game has an overwhelming feeling of being no better than alright. It’s very clear this isn’t a property built for the current gen consoles, and it hasn’t made the leap from the Xbox 360/PS3 in a particularly effective way – certainly less so than other action games, the easiest and most fitting comparison being Saints Row 4.

All in all, it’s a fun game that has no illusions about what it is. 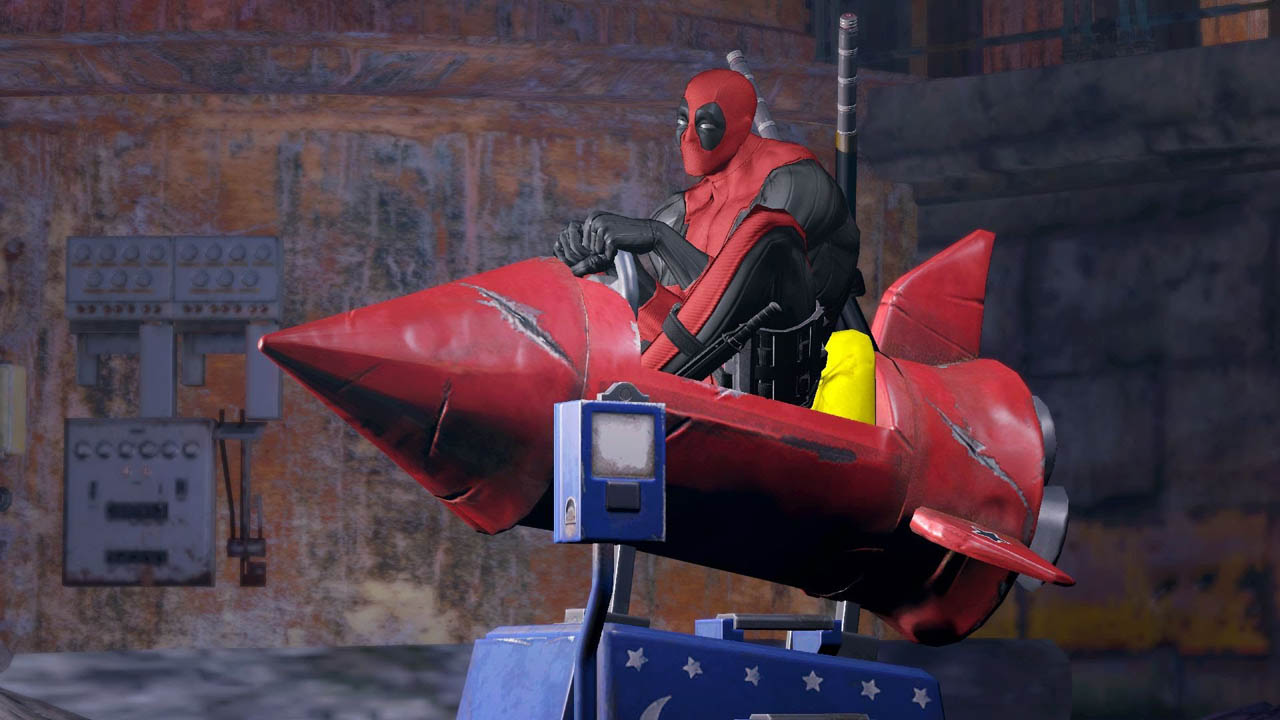 But it’s disappointing to see one of comic books’ most format-bending stars so firmly stuck in the middle of the road. I was hoping that the extra oomph from being on the Xbox One might offer the studio a chance to add a bit more to the strong base provided by a great script and a pretty flexible leading man. Nevertheless, if you’re a fan of Deadpool and missed out on his game the first time around, this will surely entertain,