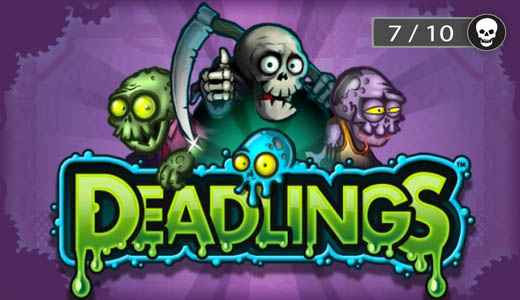 With brains galore and a varied collection of Deadlings it seemed obvious that this will be a cliche five second play title. However, Deadlings by Artifax Mundai is far from cliche and is actually fully addictive.

It is simple in concept and rich in cartoonish detail with added humour, where within a controlled environment you control your Zombies to get all of the brains available within a specific Level.

You take on the Grim Reapers pals within a fun filled romp where each Level has the moniker of a parody of famous Zombie flicks, such as ‘Dawn of the Deadlings’, ‘The Working Dead’, ‘World War D’ to name a few.

There are 4 Worlds and within these World Levels consists of upto 20+ mini games throughout a tricky and hazardous Death Lab. 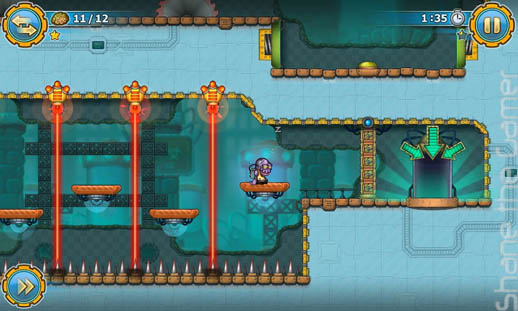 You will control your Deadling with finger gestures, varying taps to either jump, wall walk or simply use the environment to your benefit. There are of course hazards such as spikes and saw blades and more. Also more often than not, timing is of the essence.

At certain intervals the gameplay will allow you or need you to drag and drop Deadlings into place.

There are various Deadlings; Bonesack, Creep, Lazybrain, and the always stinky Stencher each with their own specific yet somewhat limited abilities. 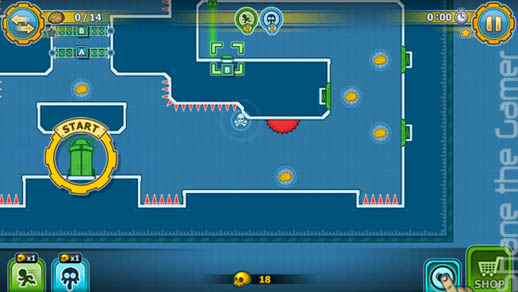 Deadlings is a puzzler where the Grim Reapers minions are on a mission for world domination. To achieve this all brains within a mini-game need to be collected, resulting in a Three Star finish.

Obtaining this maximum completion can also result in some extra in-game goodness.

Deadlings is now out for Apple i-devices (iPhone and iPad), Android and Windows 8 smart phones and tablets with more Worlds currently in development. 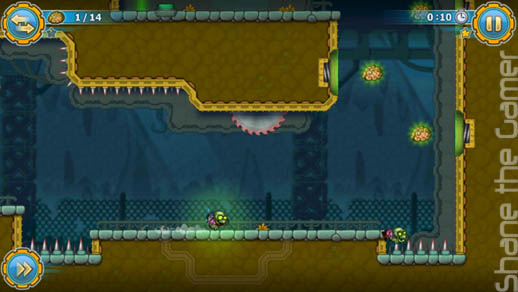 Fun and simple to play with an eventual tablet breaking difficulty. It doesn’t offer anything relatively new to the jump, dodge and collect genre for mobile gaming, but what it has it does it with laugh out loud style.  Deadlings is every reason to own a smart device.