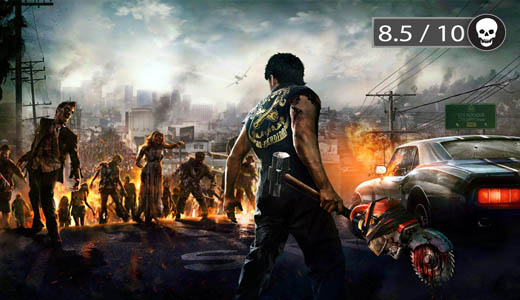 Being a newcomer to the Dead Rising series I was somewhat excited yet nervous about finally getting my hands on this outrageous open world survival horror.

At some stage between mowing zombies down in a flame shooting half steam roller, half motorbike killing machine and wielding a lightsaber in a shark outfit, I very much fell in love with this game.

You play as Nick, a former mechanic, stuck in the post-apocalyptic zombie infested city of Los Perdidos. In order to try and eliminate the zombie infection the government plans to blow the city up. With time running out, you along with a small group of survivors must find a way out of the city. This made for one of Dead Rising 3’s more interesting game mechanics 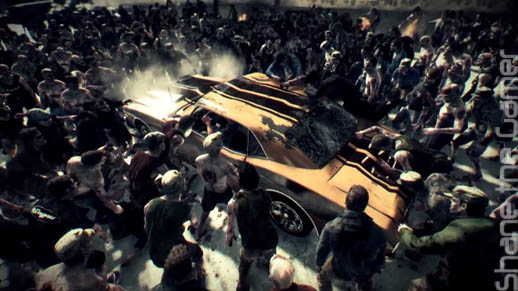 From starting the game you have a time limit of 6 in-game days to get complete the story. While this time allowed for a lot of exploring and mindless killing, it still constantly featured in the back of my mind and ensured that I didn’t neglect it. It made me feel a sense of urgency that further drew me into this world. In the end, with a lot of exploration and random killing sprees, I still managed to finish the game with about a day and a half remaining.

The characters you meet along the way all have their own distinct looks and personalities which was further brought to life by some great voice acting. In the main story characters are generally very sensible and I did tend to develop somewhat of an attachment to them. In the side Missions however you will come across a wide variety of completely outrageous characters. One of the more memorable characters for me was a morbidly obese lady on a scooter in an all you can eat buffet who had an attack where she vomited everywhere. 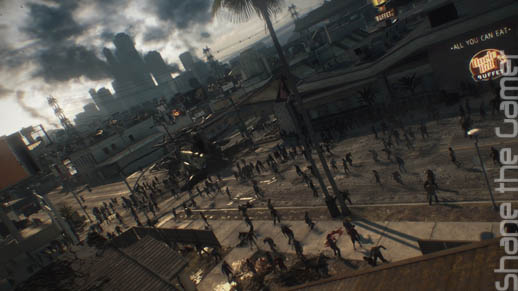 Fortunately, this absurd sort of humour is restricted to side missions, with the main story taking on a more darker tone. Despite that, you are more than welcome to photobomb a dark and intense scene in a banana hammock or a superhero outfit. This juxtaposition between dark horror themes and light hearted comedy made for a very unique and welcome mix.

Nick isn’t the most developed character. They sort of just throw you in there without giving you any sort of back-story to him. I think this game could have benefited from one of those generally annoying 10 years earlier prologues to really introduce us to him. Despite this I still found myself very much liking him. He doesn’t have many of the typical protagonist traits that feature in most games such as bravery or leadership. He is just a decent guy, one of the few left in Los Perdidos, who has an uncanny talent for putting two ordinary items together to make something awesome. 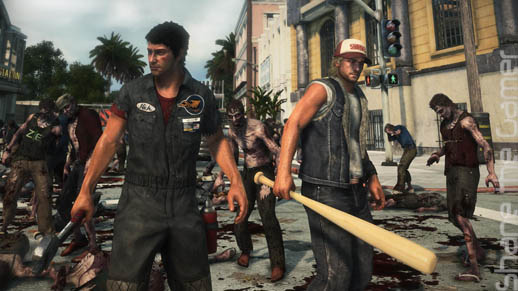 This exceptional talent provides for one the most unique and fun gameplay elements in Dead Rising 3. As you walk around you are constantly surrounded by random items and vehicles that if combined properly can become a deadly weapon.

Before you can combine these items however, you must first obtain the blueprint for it. Blueprints are scattered throughout Los Perdidos and are very enjoyable and rewarding to find and collect. In total there are 101 weapon blueprints  and 11 vehicle blueprints that you can obtain. Along with this, there is a plethora of outfits that you can find along your way. For the most part, these weapons and vehicles are completely over the top and are a blast to use. Weapons ranged from a sledgehammer attached to a chainsaw to a giant talking teddy bear loaded with guns and explosives. Experimenting with all the weapons is a lot of fun and occasionally very humorous. 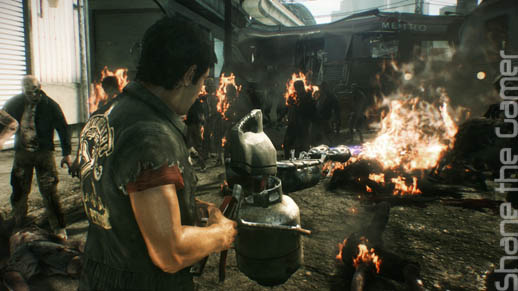 Weapons and vehicles deteriorate relatively quickly with use. Generally, taking down that massive zombie horde in front of you is impractical as you may be left stranded or low on weapons. This doesn’t mean you can’t go on an ultra fun mass zombie killing spree though, I did on many occasions, I just generally wouldn’t recommend it when trying to complete missions. Even when trying to take the path of least resistance I still found myself going through vehicles and weapons at quick rate.

Unfortunately for the good people of Los Perdidos, the zombies feature in great numbers, typically filling the streets. At any one time there may be hundreds of zombies on the screen. During my play through, I managed to rack up a bit over 25,000 zombie kills. Taking into account that for every zombie I killed there would have been a couple of hundred I didn’t, it is safe to say you will encounter a great many zombies during this decently sized story. 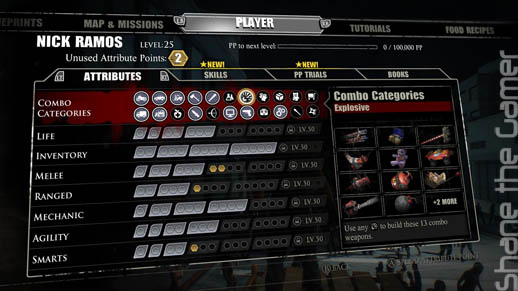 The zombies themselves looked and sounded very extraordinarily zombie-ish. Typical zombies each look different due to a variety of physical characteristics and clothing. Looking at a zombie horde made me actually feel like I was doing just that. There are some special type of zombies though, like fire-fighters and policemen who generally seem to look very similar.

They also very much acted the part. Being both super slow and completely brain dead, zombies were very much embodied what I expect them to be like. Shooting a flare will cause them to follow the light and seeing a fresh dead body will cause them to stop for a nice snack. They also ignored any logic and try to move towards you in the most direct route possible, even if it meant falling off a building. One at a time they were very easy to take down, in numbers however you’re at their brainless mercy if not prepared. 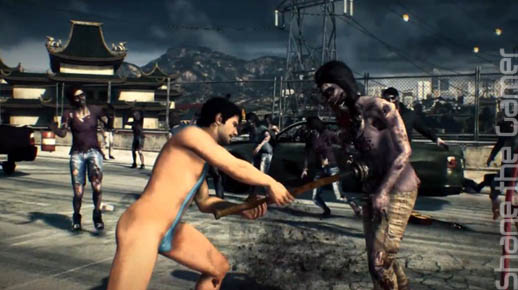 Other then the sheer satisfaction of killing zombies, you are also rewarded with experience. Experience is also gained by completing Missions and saving  other survivors that you may come across. Leveling up allows you to purchase new abilities that really make a difference. For instance, some abilities make it much easier to create weapons which can prove life saving while roaming the city.

Disappointingly, Los Perdidos itself isn’t that big. There are four different sections of the city, all split up by highways. Each sections is only made up of a few streets in each direction. Also each area doesn’t really have that much personality to it. It won’t take long before you will memorize all of the areas very well. 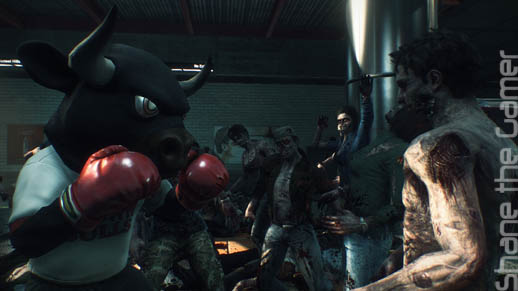 There was a lot of talk in the lead up to release about this game only running in 720p upscaled to 1080p. I can happily say that despite this, Dead Rising 3 still looks awesome. It may not stand up to some other next generation show ponies but in the end I felt that it didn’t matter. This game doesn’t look colourful and pretty but nor is it meant it to. The art style has a dark and dreary look about it that further made this dark zombie infested city come to life.

One minor problem is environmental pop-ins of objects and details. The impact of this is however minimal thanks to the use of some very subtle fizzle ins. The distance of these fizzle ins are also generally far enough away that you don’t really notice it unless you happen to be looking directly at the area when it happens. 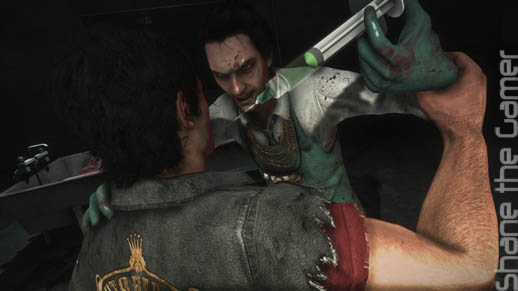 Also I did experience some frame rate issue, although far from the worst I have experienced, it wasn’t really what I expected from a next generation game. For me these drops seemed to occur mostly in the second half of the game when I was driving around. Fortunately, when running around on foot surrounded by hundreds of zombies, these drops were very rare.

All of these are focused around the same story. Nightmare Mode drastically increases the difficulty by reducing the time available, limiting the ability to save and increasing the zombie difficulty. After finishing the normal Story Mode I definitely felt like playing through again within the same mode. I found the Online mode to be a lot of fun. Here you are able to enter someone else’s world, be it a friend or someone random online. If you opt for someone random you will be matched up with someone else with a similar play style. 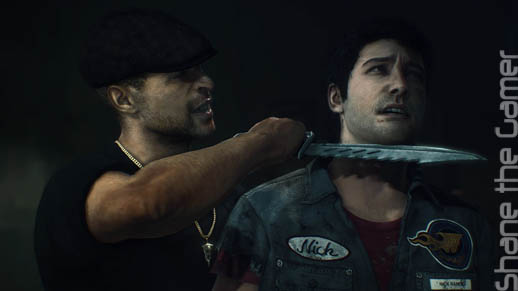 Ok, so Dead Rising 3 didn’t hit the silky smooth frame rate or the native 1080p next generation targets that people seemed to have set.

In the end though it may have been a good thing. This was one hell of a fun game, one that I will remember for a long time. If hitting those magical numbers meant taking away from the gameplay then I’m very happy they didn’t hit those targets. Seeing hundreds of zombies on the screen at the same time and panicking about what to do was an insane and unforgettable experience.

In terms of gameplay, this game provided some of the most enjoyment I have had in a game for years. If you love zombies, you will love this game.