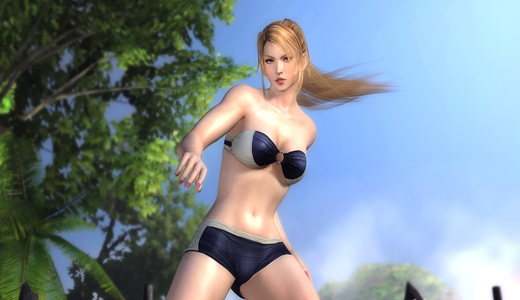 The super sexed up fighter franchise has come back in a fifth iteration of fisticuffs, bikini’s, short skirts and a whole myriad of revealing costumes. It’s a game where burly male brawlers get owned by girlee girls.

Dead or Alive 5 takes the well worn arcade style hand to hand, foot to head brawling and adds both sensuality and realistic physics.

Number 5 sees dynamic backdrops set in place, a destructive 3D environment, all with their own sets of hazards and multi-tiered Levels. 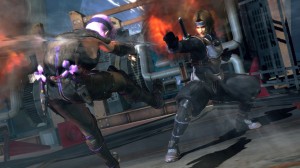 skilled enough you can use each and every arena to your advantage against you opponent.

There is also power blows which you use to hurl your enemy into the ‘Danger Zone’ of the given stage.

From toppling Glaciers to car smashes, explosive oil rigs and more. The method is to distract your foe and then cause them pain. 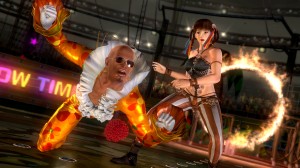 Your fighter(s) will sweat and dirty themselves up as they smack each other about and / or encounter environmental elements, such as water, where their clothing reflects changes once wet.

18 playable fighters are on the roster. I felt that this was a little low in respect of other fighting titles and franchises that have larger character callings within their games.

This was not the only downside.

While gameplay itself is fluid and intuitive and you can definitely tell that the graphics have been worked on and tweaked, controls were, at first, somewhat confusing and at times there was in-game lag.

DOA 5 maintains a purpose for every button on the control pad but forgot to make it user friendly. 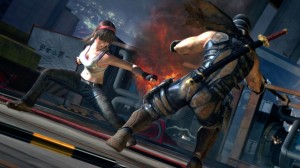 Story Mode which is set 2 years after DOA 4 when the DOATEC TriTower HQ was destroyed, sees a character; Helena Douglas undertaking the rebuild of the Tower, utilizing its technology for peaceful means. Others have different ideas, of course.

A battle breaks out and there we have Dead or Alive 5.

Where things get a bit better is within the newly added Online features, such as Arcade like matches, Tournaments and of course Social. You can set up Battles with upto 16 Online players, or if you like to watch, Spectator Mode ensures exactly that with chat function.

You can be paired off into one off’s or opt to work your way through the grueling Tournament. 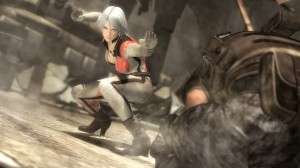 Global Leaderboards is where you aim to get yourself in the higher Rankings. But if you are as good as me, then you may never feature there at all.

There is also a Training Mode that has been well expanded upon than in previous chapters.

Extra’s contains Watch Mode, which is alot like DOA TV we experienced in DOA 4. You can replay your own fights and even take snapshots at varying angles.

I had high hopes for DOA 5. I’ve been an avid fan since the very first DOA, and predominantly over the years it has gotten better and better.

This is the first 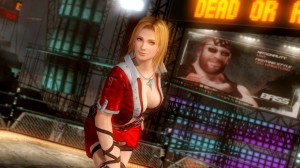 Dead or Alive that has been created without any input from the series creator; Tomonobu Itagaki, and sadly it shows.

It’s also the first DOA to ever be released on the PlayStation platform. Making a change from being Xbox exclusive.

Whether this was due to Licensing or a Marketing decision, I’ll never know, but it seemed to me that it’s a good ploy to reign in a more cross section of fans. Sadly however, they did not choose or create the best title in the series to do this with.

Dead or Alive 5, a great hire at best. A keeper for the Online features however.