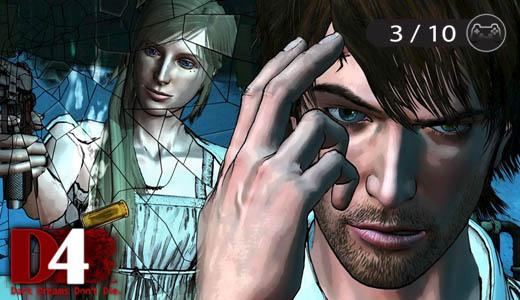 D4: Dark Dreams Don’t Die may just be the worst title for a video game I’ve ever encountered. But hey, I’m not one to judge a book by it’s cover, so I did my best ignore this and jump right into the bizarre world of this unusual adventure.

The plot at the centre of this game – David Young, a P.I. trying to solve his wife’s murder is probably one you’ve seen before.

What makes D4’s protagonist unique is his ability to ‘dive’ into the past, using items belonging to victims of various crimes.

Using this ability, he hopes to track down the mysterious ‘D’, the person responsible for the death of his wife. Unfortunately, almost everyone he meets seem to have a name starting with the letter D. 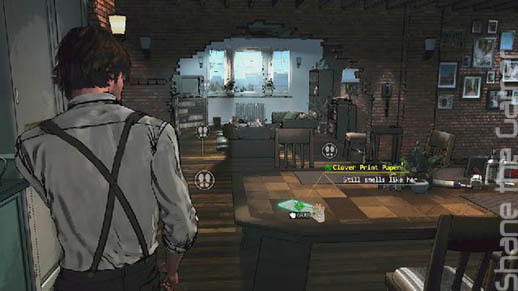 David does everything he can to narrow down the suspect, through interactions in the past with a cast of increasingly unusual, hack and unfunny characters through the first few chapters – not limited to a fashion designer who’s dating a mannequin, a camp flight attendant, and an offensive Latino criminal stereotype.

The plot plays out in a very confusing manner, but doesn’t ever get anywhere close to normal or endearingly weird – sitting irritatingly between the two. 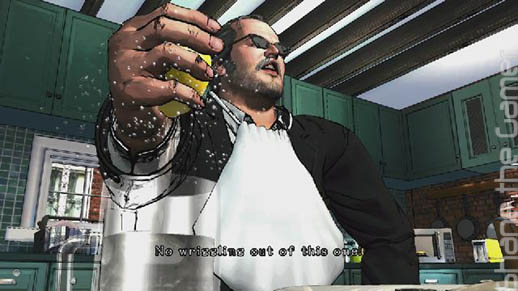 Our sometimes brooding hero has a weird knack for anime style showmanship too, pinning items and weird flourishes with shot glasses and shoes are symbolic of the entire game’s ridiculous lack of cohesion when it comes to tone. Half the time it feels like a ridiculous sitcom (including a very camp, silly opening credits sequence which plays like Full House), and half the time it decides to be a darker, gritty story about a desperate, sad man.

For example, the opening scene of the game switches gears from one moment having David lament his dead wife and do some soul searching, to being attacked in his kitchen by a scantily clad blonde woman who lives with him and thinks she’s a cat who spits a live mouse out of her mouth at him. 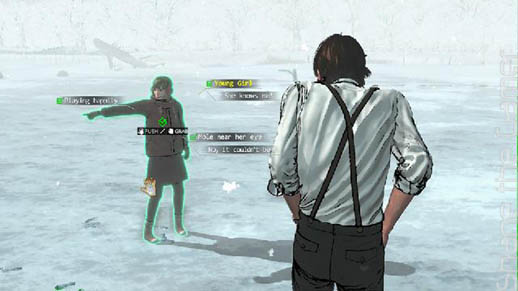 Awkward scenes of flirting with a flight attendant mingle poorly with scenes of dead bodies and all other manner of faux serious story telling. And every time David comes across a moment that could have some kind of poignancy, he ruins it by blowing a bubble with his bubble gum.

D4 has been set up as a Kinect game – moving from point to point by selecting and pushing points on the Level, and interacting with objects much the same way. 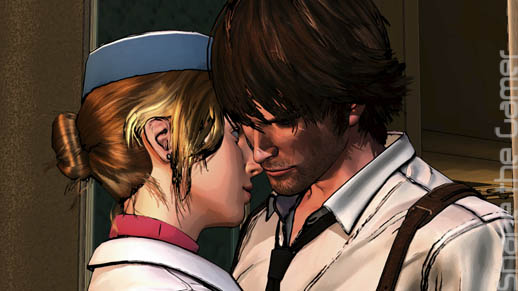 This is an interesting idea, and the latest attempt to build an entire game around Kinect, but frankly, it doesn’t work and is totally unnecessary. There are games that Kinect can make wonderful – The Gunstringer, for example, but this is an interactive story game about a detective, so do we really need to flail our arms around?

Luckily, you can switch to your Xbox controller too, which I did after about 30 minutes. The controller fairs a little better, especially in the quick time sequences, but still makes the game generally less fun to play. 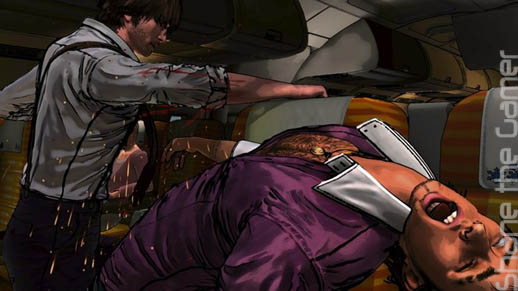 And D4’s issues don’t stop there.

The script is appalling. The entire thing plays out as if a Japanese writer has done his best to cobble together something based entirely on cop shows from the 80s. 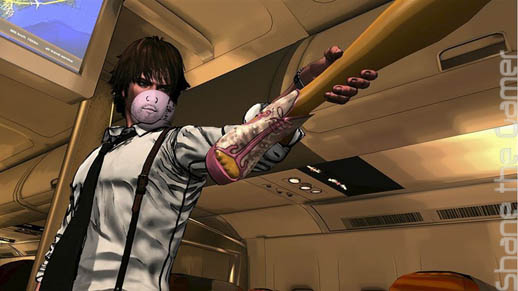 David is a former cop from the Boston PD, and before long his partner shows up.

No one involved has any real voice acting chops, so the entire thing honestly falls apart before it even has a chance to get off the ground. Almost everything David says is cringe worthy, and often things that seem like they’re supposed to be quips have clearly been lost in translation and don’t make any sense.

There is very little that’s appealing about this game. From it’s needless Kinect control scheme, to the terrible plot points and acting, and most of all the bizarre shifts in tone from scene to scene which prevent the game from feeling like it knows what it was trying to do in the first place. 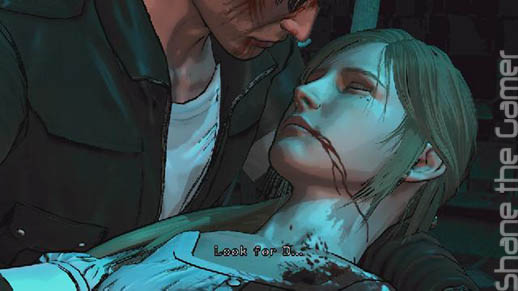 This is clearly a game that’s been translated from Japanese, perhaps to make fun of American television – but it misses the mark in almost every way imaginable. If you like trainwreck cinema like The Room, and want the ‘so bad it’s good’ equivalent in a game, this could very well be it.