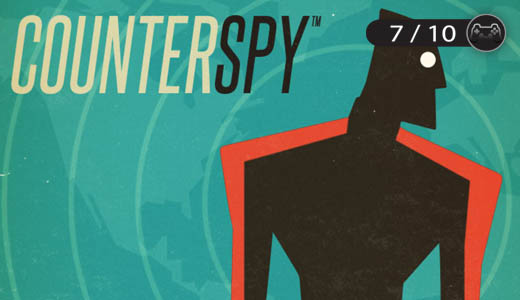 Secret agent man and a plethora of 2D side scroll Missions all wrapped up in a darkly coloured cell shaded snack sized game for both PlayStation 4 and Vita (and PlayStation 3).

This sums up what is a very playable CounterSpy by indie developer; Dynamighty.

You assume the role of a top secret agent with a license to kill in order to save humanity from doomsday as a stealthy member of the shadowy C.O.U.N.T.E.R. agency within a world gripped by a tense Cold War. 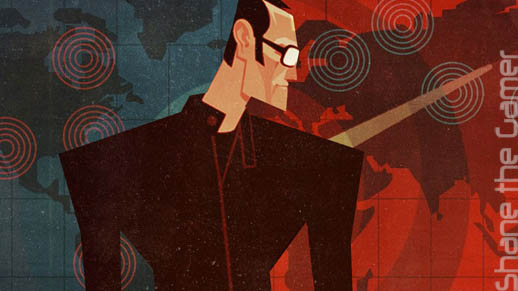 Each Level has you performing differing tasks from stealing plans to taking out a key ‘mark’ as you run or creep through enemy bases. Levels are dynamically generated as you go through, so each time you play the game it is somewhat different each and every time.

There is a heavy aspect of covert and stealth within most Levels. 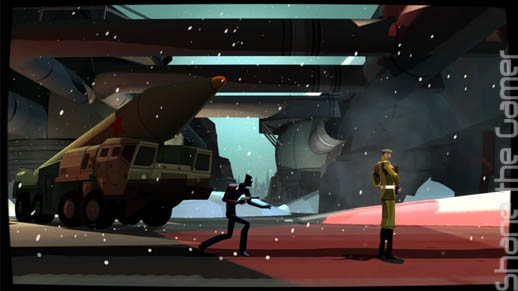 You will need to take out some enemies quietly so as to not raise an alarm. This can be done if an enemy does not see you. If they do they will raise the alert which raises the in-game DEFCON level. The higher the DEFCON the harder it will be for you to progress without being detected, and will lead to eventual countdown of a launch of a Dooms Day missile.

Should the launch sequence be activated you have a limited amount of time to run through the multi tiered Level to get to the console to switch off the launch. You are also required to obtain the Launch Plans in order to finish any given Mission. You cannot complete a Mission without them.

The initiative here is that you need to make sure that the bad guys do not know you are within their base. 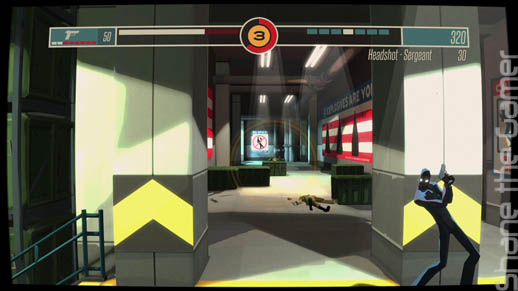 It’s also not always a case of shooting first and asking no questions later, some officers or general foes will surrender if you point your gun at them. You can shoot them even if they surrender, if you want to, but this mostly will result in the DEFCON level rising.

There is a multiplayer aspect as you can compete against friends in Rival Spy mode. This pits you against other agents in a Leaderboard. 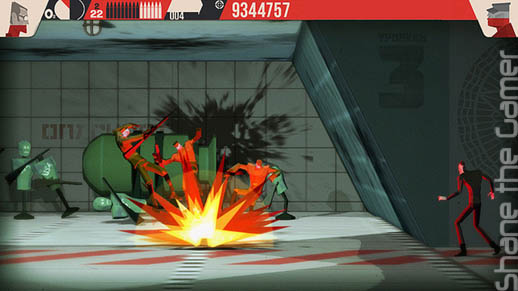 CounterSpy is an ode to retro 2D shooter, all the while maintaining a present feel and look both on PS3 / PS4 and Vita.

I played CounterSpy on both PS4 and Vita, finding it more suitable on Vita, however, asides from utilising the touch screen only within game Menu’s there was no allowance for the hardware functionality of what the Vita is capable of. 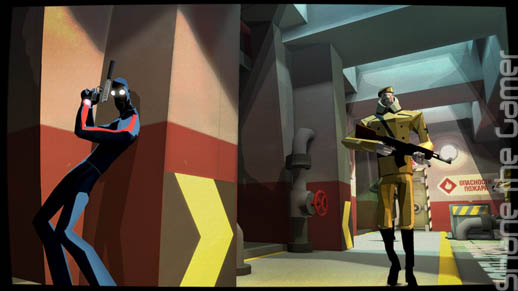 CounterSpy is a cross save and a cross buy title, meaning that if you own it for console, you can pop it onto your Vita aswell and save your progress to return to it later on either console.

There is even an Android / iOS App where you can connect with the smartphone / tablet version of the game. 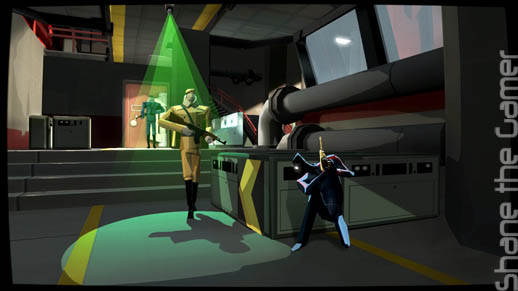 The new gen of console has been the wealth pit for indie game developers as Xbox and PlayStation have welcomed originality in games with open arms.

Having titles of all different genres, creeds and from differing nations, these bite sized morsels of gaming goodness have pleased and upset us in equal amounts.CounterSpy is definitely a pleasing title. 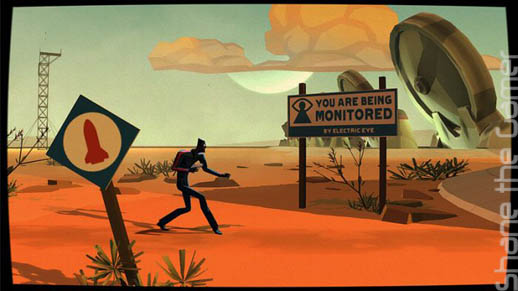 It’s well worth the play although it does not break new ground, carries with it a truly unique gameplay experience within it’s auto-generated Levels and is a perfect title for that quick pick up and play.