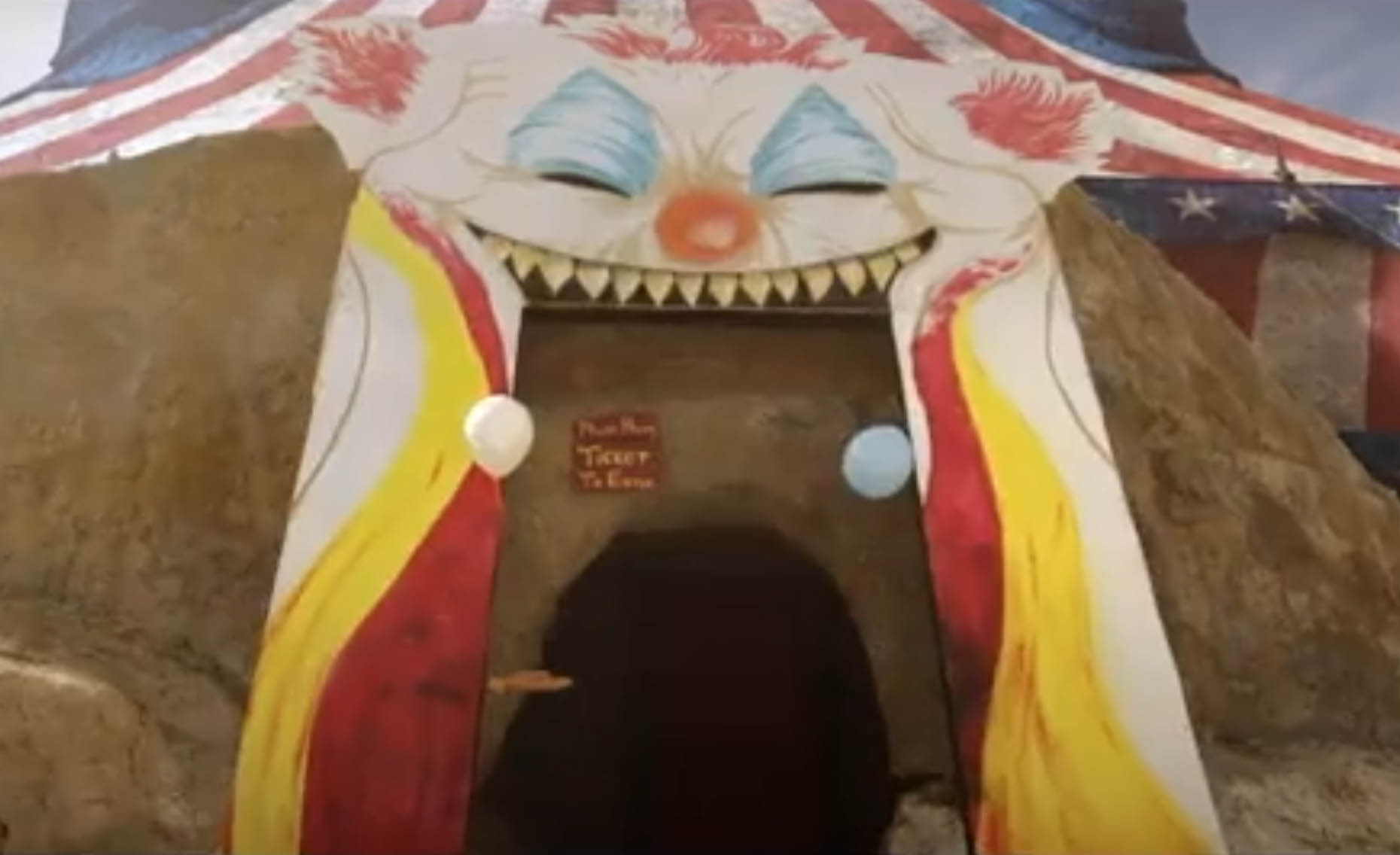 If you are a fan of schlock B-Grade gore then Vendetta Films’ and Dimension Films’ recently released straight  to DVD Clown is a sure bet.

Full of horror cliche’s a group of friends on a road trip come across an abandoned town, or at least it appears to be abandoned.

There are visible signs that something not so good went down in this small deserted town, but this just compels the group to explore even further.

The narrative, although a bit sporadic plays out the backstory which begins in 1994 via flashbacks and although it doesn’t quite get to it’s fullest story, we can assume that a child, who had a twin and was obsessed with clowns, took revenge on the townsfolk after his brother is killed.

Entertaining enough, Clown knows what it is and doesn’t try to be one of those lower grade flicks fluffing itself up to bigger and better than what it is.

The cast were actually pretty good, excellent even given the script they had to work with.

Clown is a definite chill out film and a definite for those that miss those cheap but oh so good horrors of the 80s.

Before watching it I figured it was going to be similar to another B-Grade clown horror classic (which in my opinion everyone should watch), Killer Klowns From Outer space.

It not at all.

Clown is most definitely in a league of it’s own.