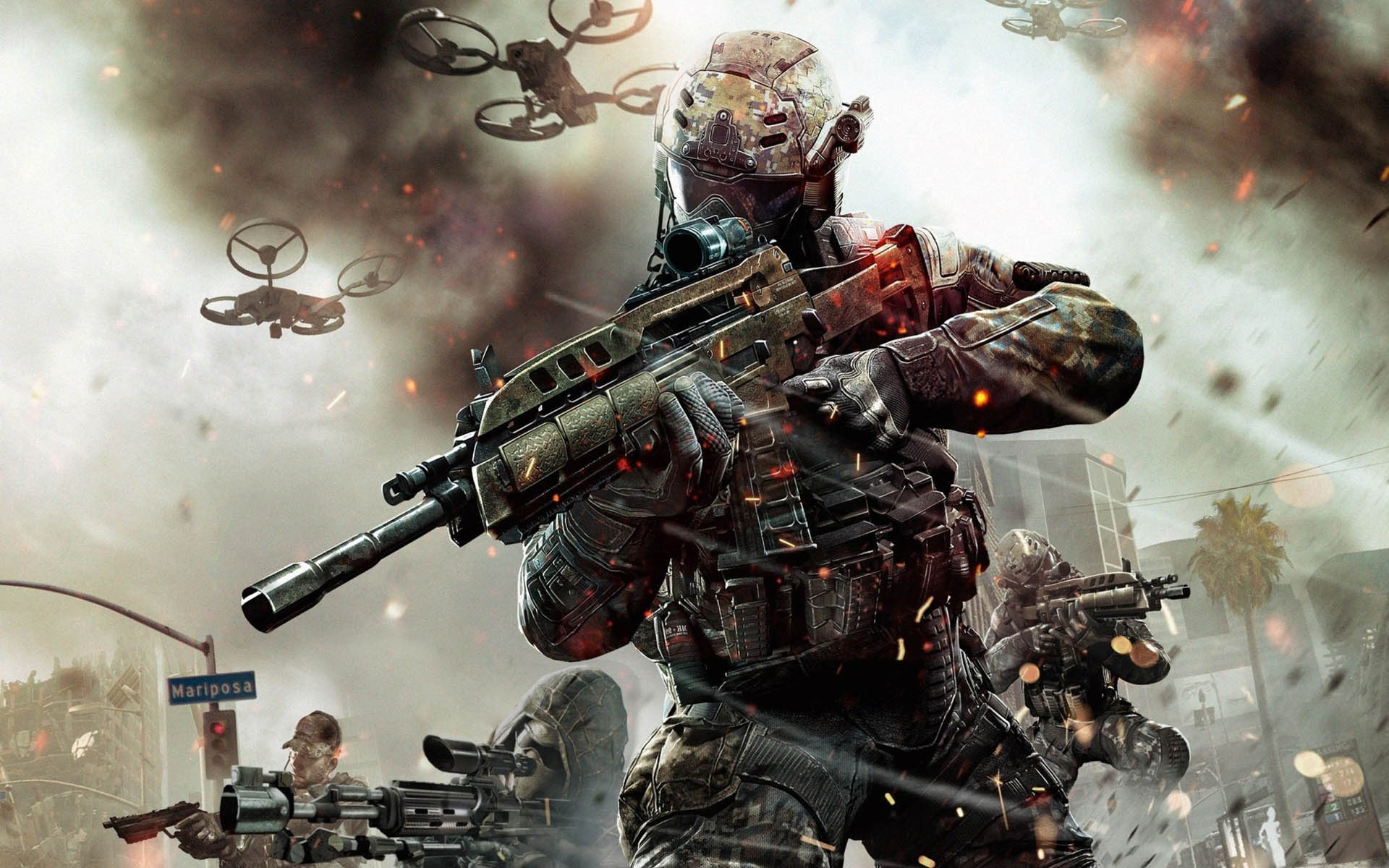 It’s not too unfair to say that the Call of Duty franchise has now mutated so far from its initial premise, that, perhaps, the games should no longer be branded as such. Treyarch’s Call of Duty: Black Ops 3 pretty much confirms it, the game’s clandestine sci-fi setting being a far cry from the Second World War escapades that started it all.

Since Call of Duty 3 developers Treyarch, have been handling every other Call of Duty title, with mixed results. The genius of the series originators, Infinity Ward was, unsurprisingly, a tough act to follow for Activision’s former Spider-man development studio.

As the main Call of Duty series stepped out of the traditional Second World War setting with Call of Duty 4: Modern Warfare, Treyarch were left in 1945 to finished off WWII in the Pacific-set Call of Duty: World at War. 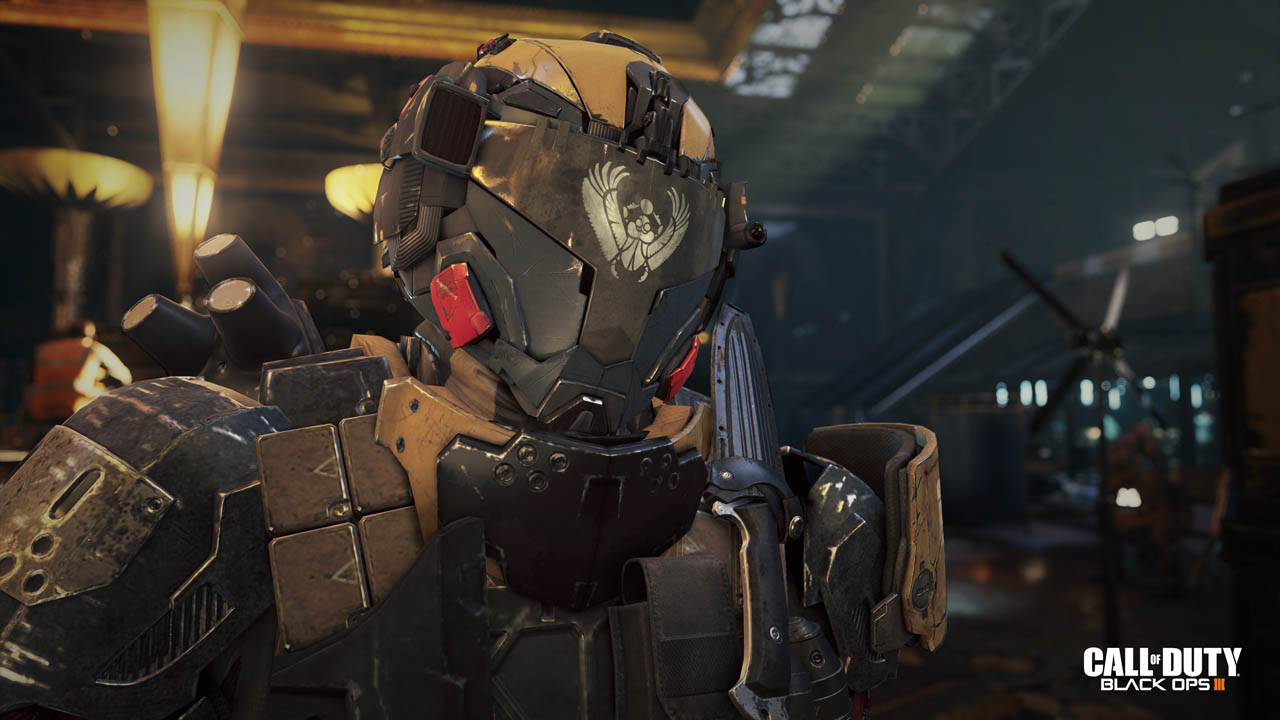 With World at War, not only did the series numbering system go to pieces, but also Treyarch’s biannual COD games split from the continuity of the Infinity Ward’s games creating two separate timelines and plots. World at War was also the first game in the series to add multiplayer co-op zombies hunting into the mix.

2010’s Call of Duty: Black Ops continued events set-up in World at World with a clandestine adventure set in the 1960s.

As both Infinity Ward and Treyarch ran out of ideas for their respective contemporary COD storylines, both developers dipped a foot into sci-fi territory employing near future settings. Last year’s Call of Duty: Advanced Warfare went all out featuring jetpacks, rocket boots and towering mechs.

To be honest, I was ready to tear Advanced Warfare a new one, having observed a series write itself into such a corner that, in order to out-action the previous entry, they had to go all Buck Rodgers on us. Despite my strong desire to shoot the game down, I liked it… rather a lot. 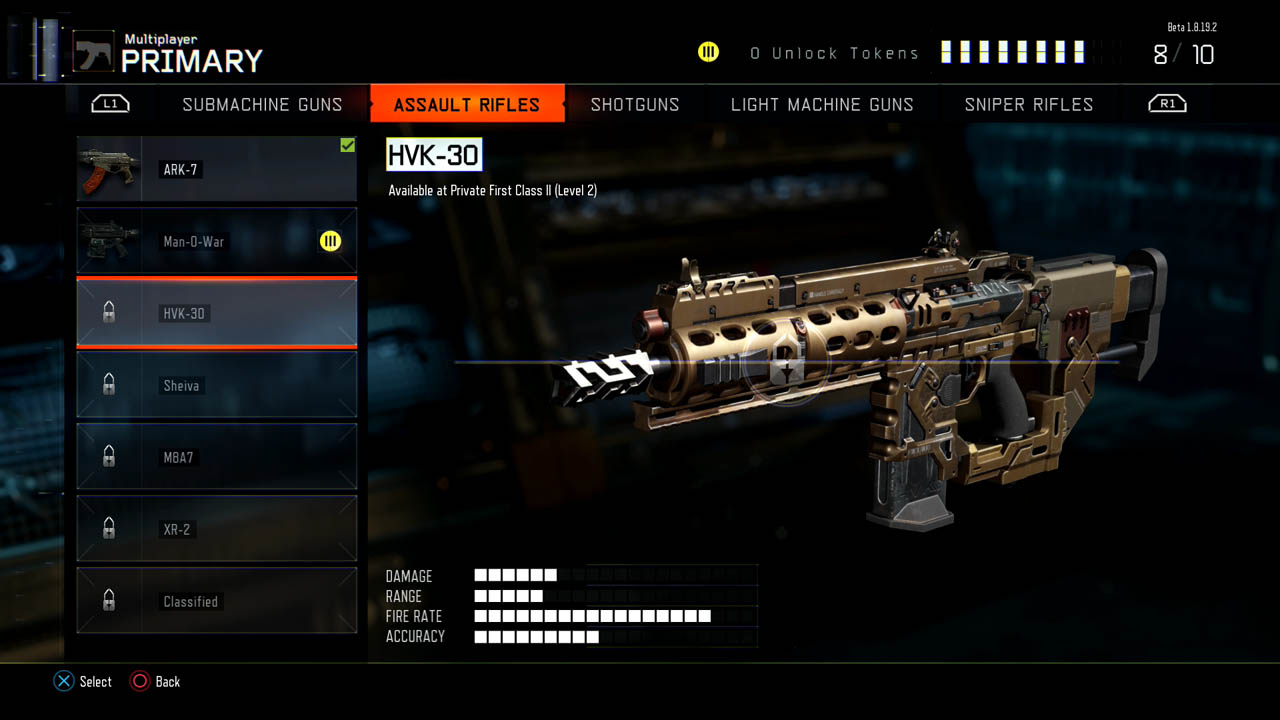 For Call of Duty: Black Ops III, Treyarch have shot into the future to give us a look at the dystopian world of 2065 and all the crazy gadgets we will have at our disposal to more efficiently maim and murder our fellow man. Set 40 years after the hi-tech story of Black Ops II, this time we enter a combat zone full of robots and cyborgs.

In the first few minutes of the campaign game, you are stranded in a war zone, left behind by your evac aircraft. In a gruesome sequence a robot snaps off your hands and legs, tossing them aside, before beating you to the edge of dead. Saved in the nick of time, after a VR training session you awaken with a suite of cybernetic replacement limbs and a computer hardwired into your brain.

Welcome to the future of combat. 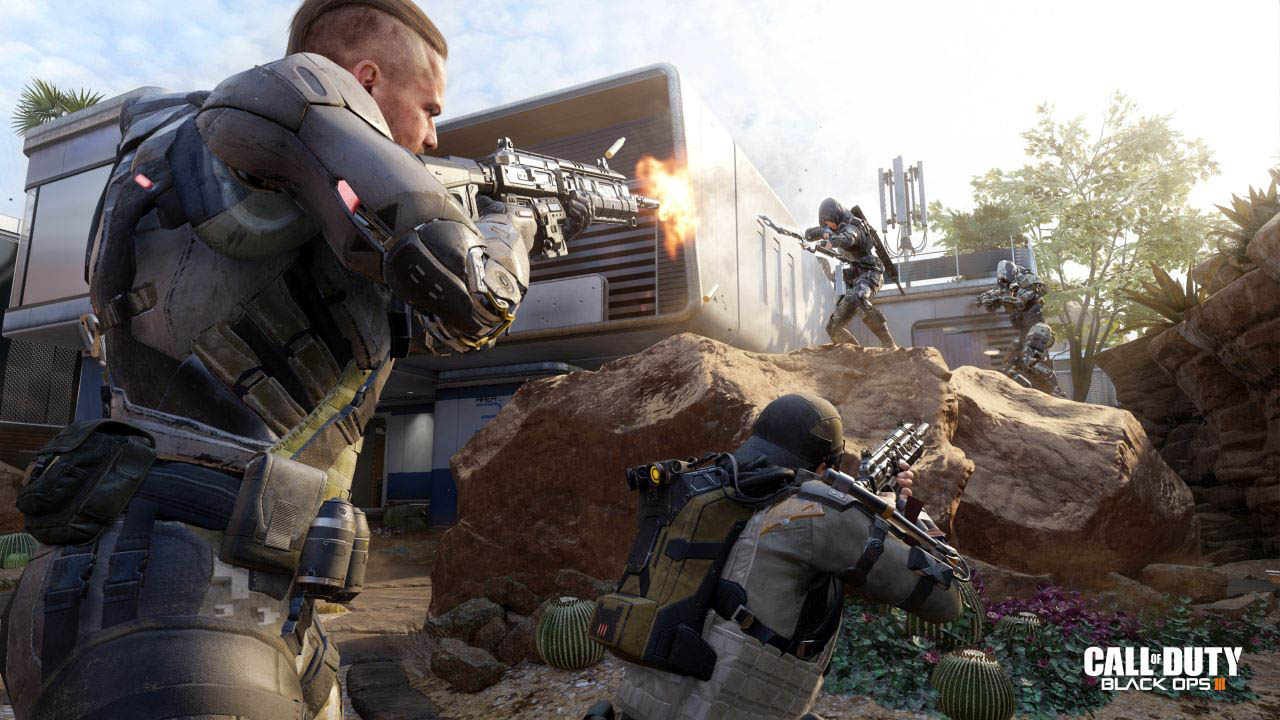 Amongst the usual tale of clandestine operation and rogue agents, the missions are punctuated with a trip to a base hub that allows players to adjust loadouts and check out the combat simulator.

The campaign game allows four players to fight alongside each other via the internet. In order to do this, players must be signed in and online for the entire campaign, whether playing with teammates or solo. Without internet, a new offline game must be started. This is a bit awkward, but worth it for the fun of playing the campaign with friends.

And probably will need the help of friends to understand what on earth the campaign game’s plot was about. For this instalment Treyarch’s script writers seems to have wandered right off the reservation.

Welcome to a world of implants, double-crossing, secret experiments and rampant AI. 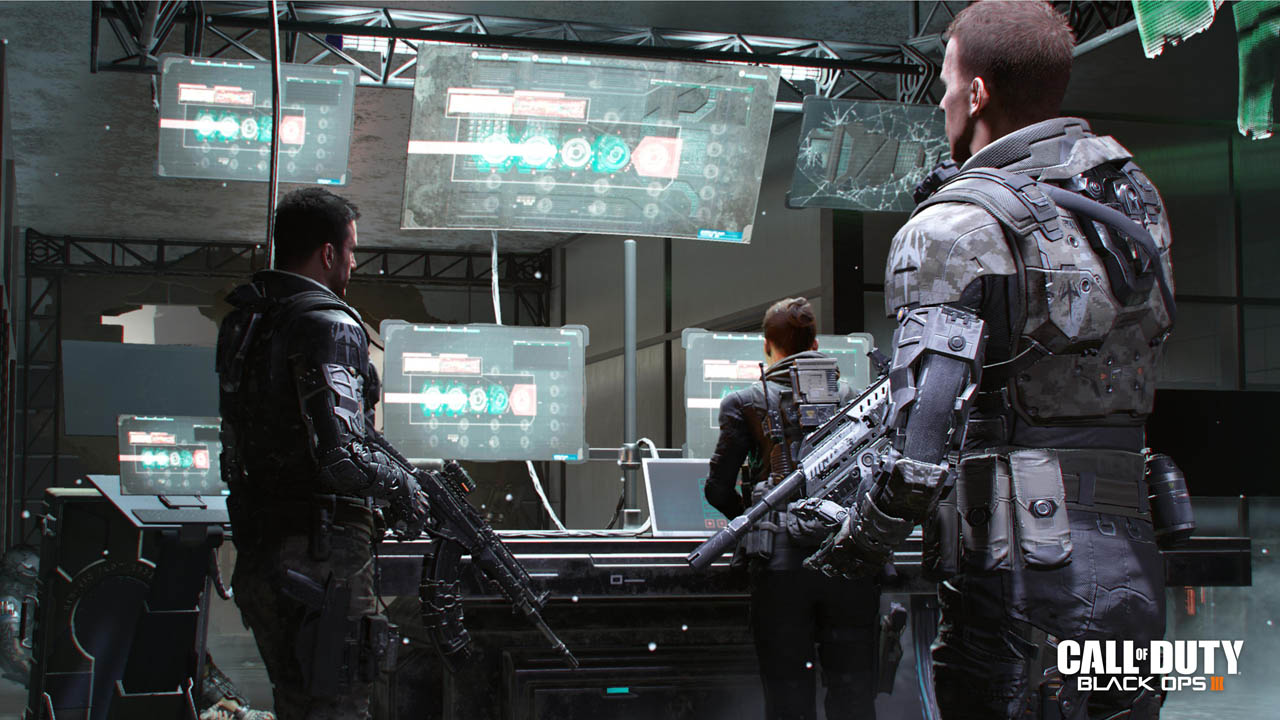 The game comes with all the polish that you’d expect of Activision’s flagship franchise. The graphics are shockingly good, especially the character models and facial animations, they are still in uncanny valley, but fast approaching photo-real.

Taking a queue from the multiplayer game, the single-player campaign gives players plenty of opportunity to customise their experience. Ticking the diversity box, you can choose to be either a male or female soldier.

Being cybernetically enhanced, you can choose which cybercore mods to equip, allowing wall-running and other special abilities. Also rather cool is the weapon builder which enables you to create your own customised arsenal with your choice of attachments and detailing. 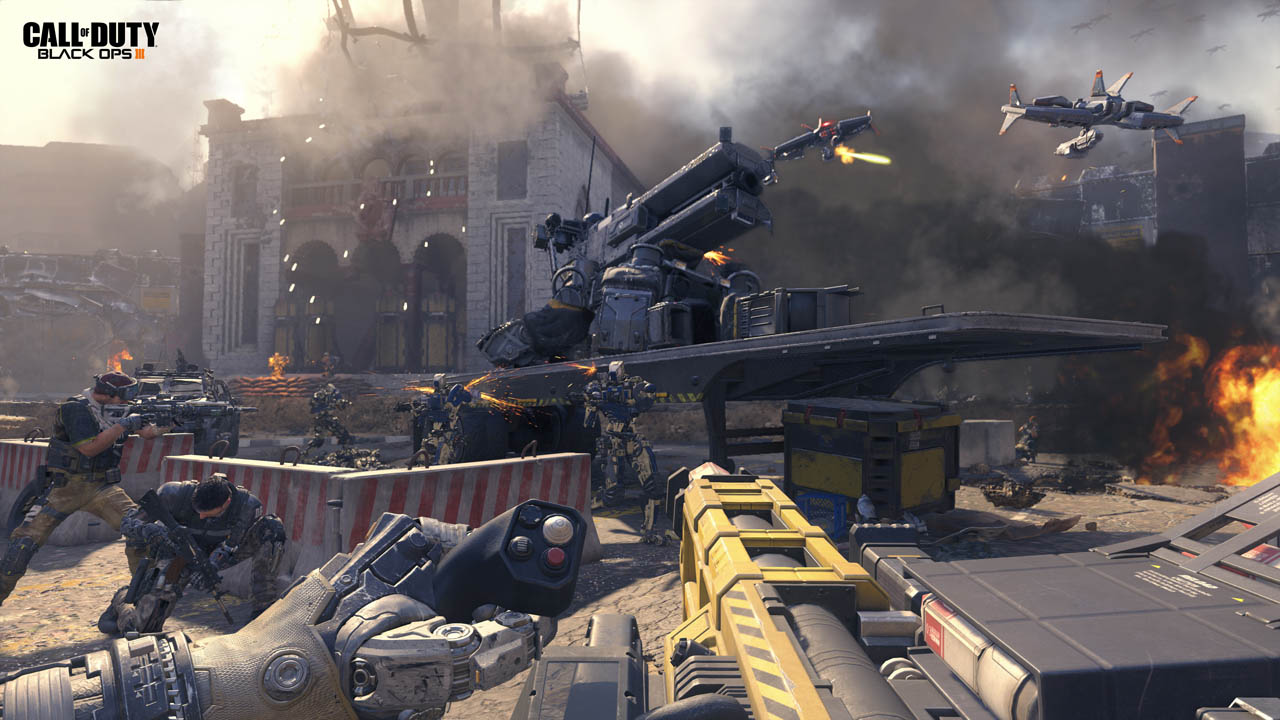 Hats off to Treyarch, who seem to be hinting that it’s time to move on, by managing to incorporate not only WWII, but also zombie Nazis in the campaign storyline.

But, whilst every mode in the game can be played four-player co-op, most people buy the Call of Duty games for the online multiplayer mode.

And the multiplayer is, as you’d imagine, rather good. For Black Ops III, instead of just being a grunt, players get to choose a specialist. These special operators have special weapons or abilities that can be triggered.

Black Ops III multiplayer delivers. The maps encourage wall-running with plenty of opportunities to fall to your death. The game is less about the vertical gaming introduced with Advance Warfare last year, but there’s still opportunities to rain death from above. 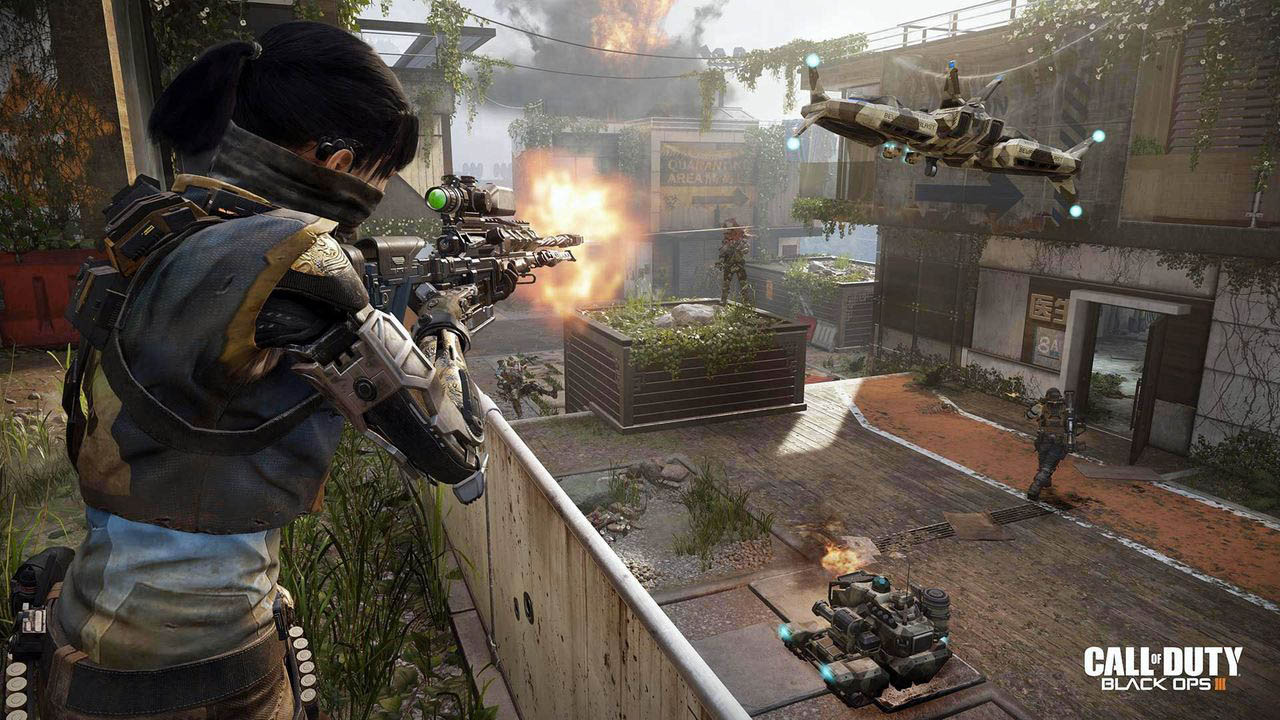 The game ships with a healthy twelve maps, plus the Nuk3town pre-order bonus. They range from the abandoned botanical gardens of Aquarium to Stronghold’s high-tech alpine chateau.

The multiplayer element most definitely expands on Infinity Ward’s Advanced Warfare from last year. But what’s with all the jumping and wall running, I couldn’t shake the similarity between Black Ops III and the pilot mode from EA’s Titanfall.

As well as the regular multiplayer match types, Freerun allows players to hone their wall-running abilities on an assault course very similar to those in EA’s parkour-inspired Mirror’s Edge.

It wouldn’t be a Treyarch Call of Duty game without a zombie mode. This year Zombies comes to us in the form of a noir-inspired setting, Players take the role of either a hard-boiled detective voiced by Neal McDonough, a punch-drunk boxer voiced by Ron Perlman, a stage magician voiced by Jeff Goldblum, a burlesque performer voiced by Heather Graham. All are being tested by the Shadowman voiced by Robert Picardo. 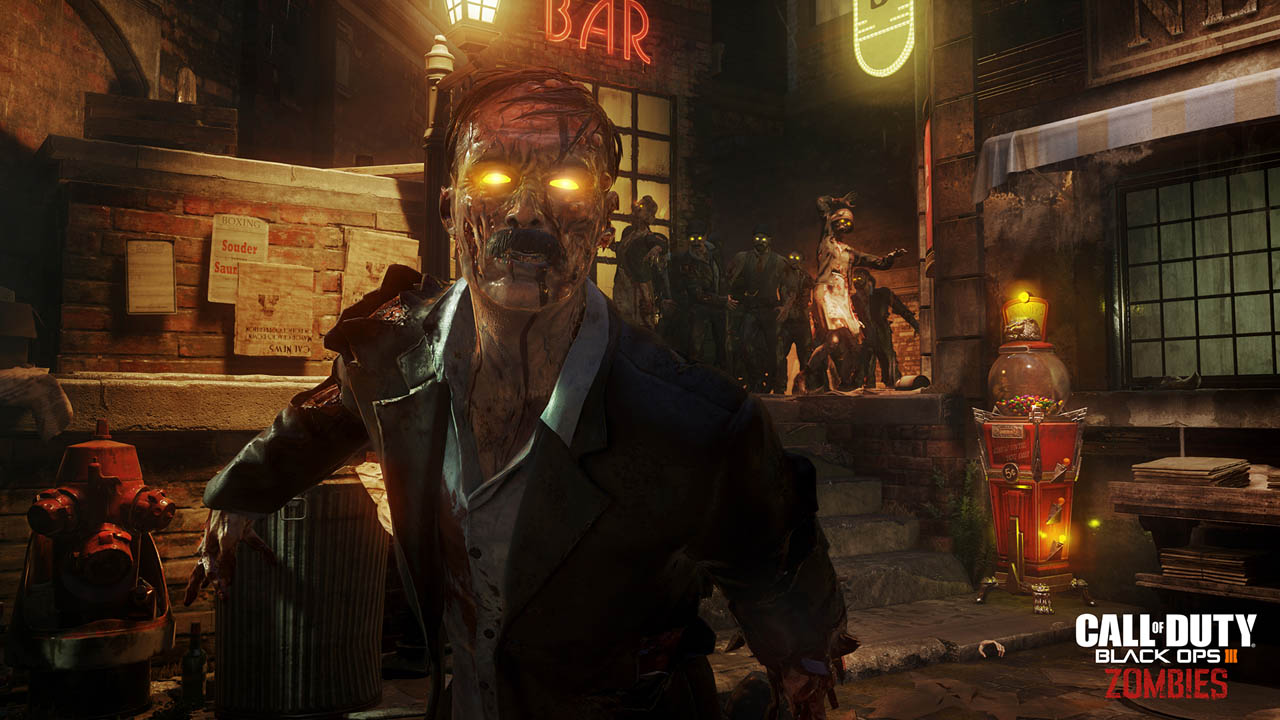 Zombie fans are in with a treat as with the December 2015 patch the alternative zombie-filled campaign mode, Nightmares, became available for everyone. Previously only unlocked by completing the single-player campaign, Nightmares, replaces the enemy soldiers with a legion of undead. It’s lot of fun, especially if you don’t really care for the story.

Even though it’s very fashionable to take a shot at the Call of Duty series, they’ve always delivered for me. The Call of Duty: Black Ops III campaign was the first in the series to actually disappoint. I actually had difficulty wading through it for this review (hence the tardiness). 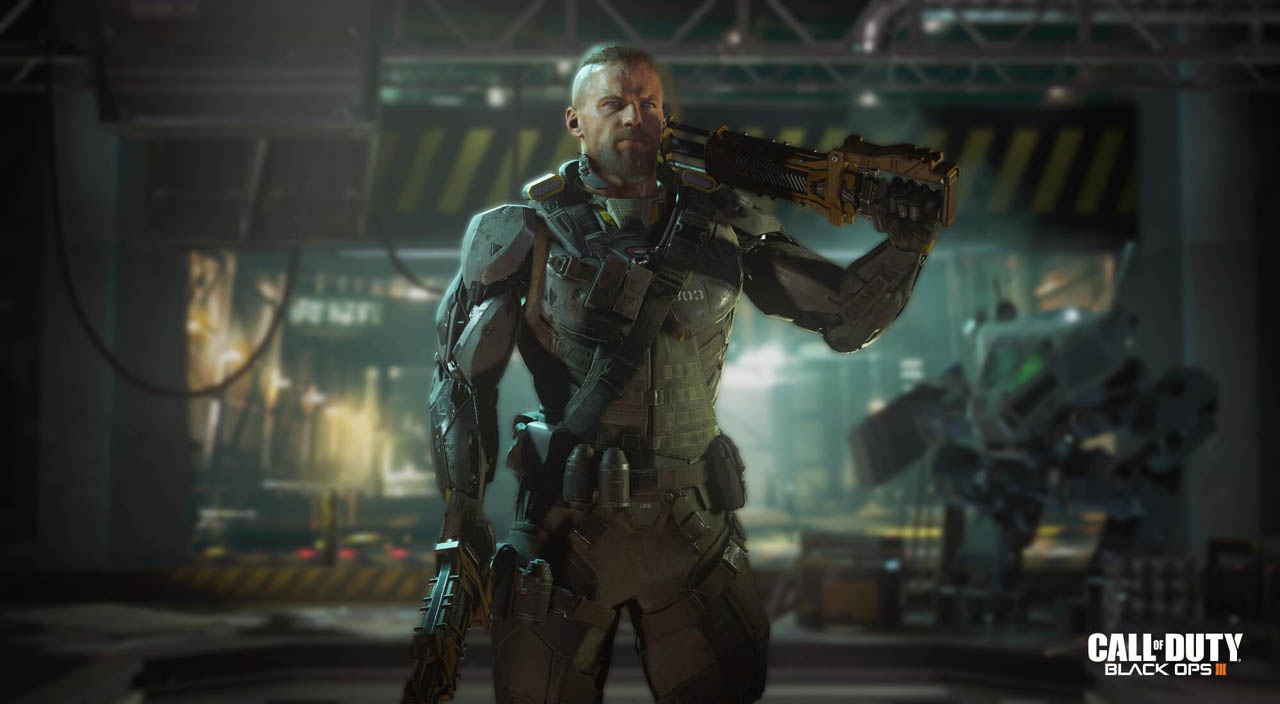 Treyarch’s zombie modes have never really appealed to me, with lots of other games out there doing it far better, but this time around I really enjoyed playing them, especially Nightmares.

Even though they pulled it off for another year, I can’t see them doing it for much longer. I sincerely hope that Activision sees the sense in giving the series a reboot in the near future.