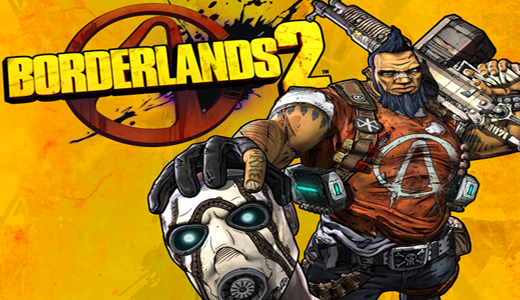 And you thought the first Borderlands was good, wait until you start rocking the sequel! Borderlands 2 is a great follow on from its predecessor in almost every aspect, but still keeping true to what made Borderlands 1 a great game. 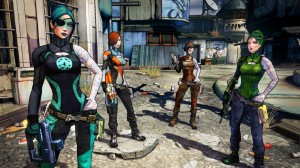 The storyline for Borderlands 2 is a bit cliché the typical “save the world from destruction and defeat the bad guy” but it makes sense and isn’t all that bad and the funny original comedy of the in game characters is truly great! The gameplay is fast paced and will never give you a dull moment, the vast world and landscapes are breathtaking and the somewhat comic like graphics make it feel vibrant and not too intense, It’s the kind of game you could play for hours on end and not get bored.

The random loot system will have you opening every little chest/box you see hoping to find a rare item with good stats to help you on your journey of Pandora (that’s the world you are trying to save), every time I find a big chest I get that warm fuzzy feeling that “this could be the jackpot” which isn’t the case most of the time, but it’s one of the things that makes this game so addictive. Although when playing multiplayer online the loot is shared so it’s first come first served type basis which is quite annoying but at times can be quite exhilarating as it keeps you tuned in with your utmost attention hoping to get that loot before someone else does!. 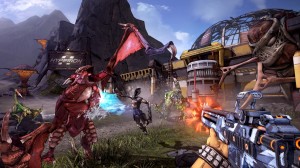 Can anyone say guns?! Yup that’s right Borderland’s still keeping true to its unique and COLOSSAL arsenal of weapons “870 Gajillion more guns!” There are also elemental weapons, which help defeating specific types of enemies, if you’re finding it hard to kill enemies with shields try using a “shock” weapon to melt that shield like butter or maybe there is that annoying heavy armored enemy that nothing seems to work on? That’s what a “corrosive” elemental weapon is for! Melts away the armor making them easier to kill!

Wacky and downright weird Borderlands 2 massive amount of unique and diverse world of monsters and enemies will make you say “whoa” no repetitive waves of enemies, I mean who wants to be killing the same thing over and over right? The variety makes for good adventure and the boss fights are always good fun. Also the NPC’s have great character designs

The skill point system has greatly improved compared to borderlands 1 giving the player more ways to customize their class to their particular type of game style which can also be changed over and over for a small fee in game if what you get isn’t your cup of tea you can also pull the switcheroo!

Unlike the first Borderlands 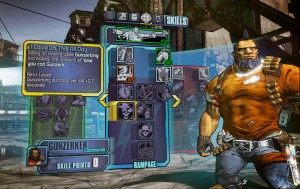 There have also been a bunch of other tweaks to Borderlands 2 like a constant on screen mini map (no more getting lost or bringing up the world map!) also the way the menu is a lot cleaner and pops out in front of your character.

There is so much more to this game that I could go on about forever, but to keep a long story short this is a game that any avid gamer shouldn’t be without!