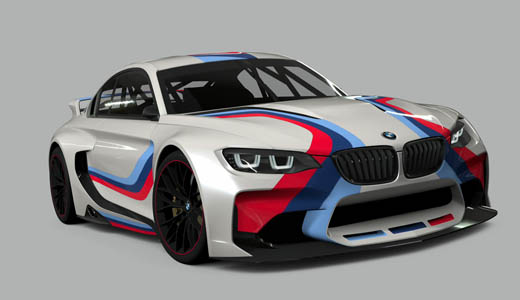 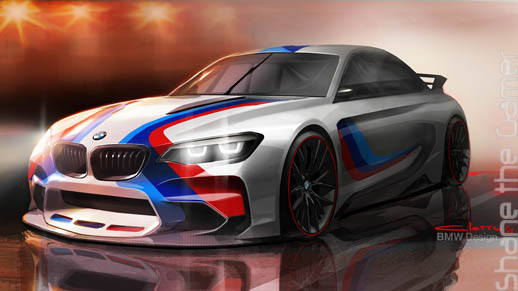 Starting this Thursday, visitors to BMW Welt in Munich will also be able to take the BMW Vision Gran Turismo to the virtual track within the BMW M exhibition. Besides PlayStation3 gaming stations, an additional dedicated racing seat with a specially designed three-screen display will be available making the experience totally immersive, and the closest you can get to driving the car in real life.

Following in the tradition of the successful BMW touring cars of the 1970s, the BMW design team has created an uncompromising road racer for the modern era.

Crisp proportions and a dynamic silhouette give the BMW Vision Gran Turismo the appearance of speed, even standing still. Front and rear spoilers ensure optimum down-force, while all air conduction elements reduce drag and lower the vehicle’s total weight through the use of carbon fibre. 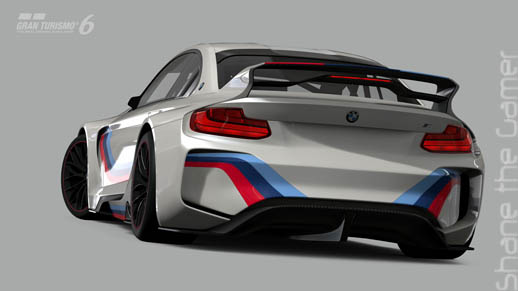 The technology in the BMW Vision Gran Turismo is just as impressive as its uncompromising design. A powerful three-litre six-cylinder inline engine with M TwinPower Turbo technology delivers a maximum power of 404 kW/549 hp between 6,200 minand 7,300 min.

Its peak torque of 680 Nm is developed at just 1,900 rpm. A sequential six-speed transmission, operated by gearshift paddles on the steering wheel, distributes engine power to the driven rear axle. The outstanding performance characteristics of the BMW Vision Gran Turismo, which weighs only 1,180 kilograms, include perfect 50:50 axle load distribution. 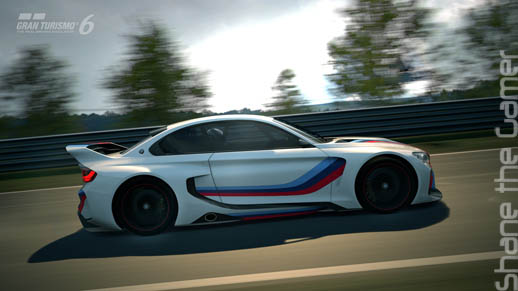 The BMW Group demonstrates its on-going commitment to the gaming field. The growing relevance of the video game market and its active gaming community means that concepts such as the BMW Vision Gran Turismo, as well as classic and current BMW vehicles, can not only be presented passively in images or trailers, but also experienced in an interactive manner by a wide audience and even taken for a virtual drive.

Design departments were called upon to look into the future and share their ground-breaking concept models with the gaming community. The virtual cars will be gradually integrated into the new Gran Turismo 6 game through online updates. 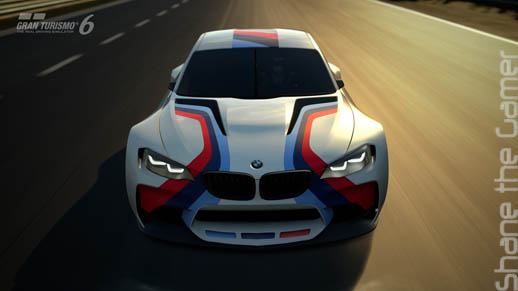 “I was eagerly awaiting what kind of car the people at BMW would come up with. The resulting Vision Gran Turismo car was a sports car that was so clearly BMW, that really shows the DNA of BMW. What makes the Vision GT car so recognizable as a BMW, is in things like its compact size, its wide front and rear overfenders. It maintains the strong angular forms from the past, but the car is also given modern, elegant lines”, said Yamauchi.

Adrian van Hooydonk, Senior Vice President BMW Group Design added: “This project means a lot to me, because Kazunori-san shares the same passion for design and driving pleasure as we do at BMW Group. We are pleased to present our very first virtual BMW concept car at GT6.” 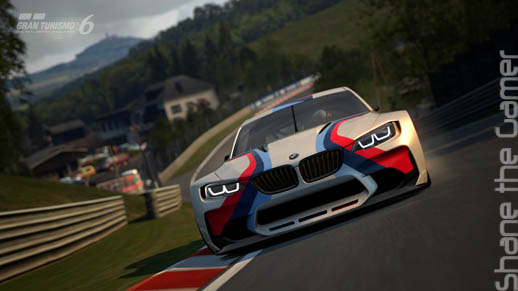 The Gran Turismo video game, first released in 1998, is an award-winning racing franchise. The series is one of the biggest virtual racing games worldwide and PlayStation’s most successful franchise.

A wide range of realistic racetrack options and authentic-looking HD graphic images characterise the game. According to Sony Computer Entertainment, the complete series has sold over 70 million games in more than 100 countries to date.