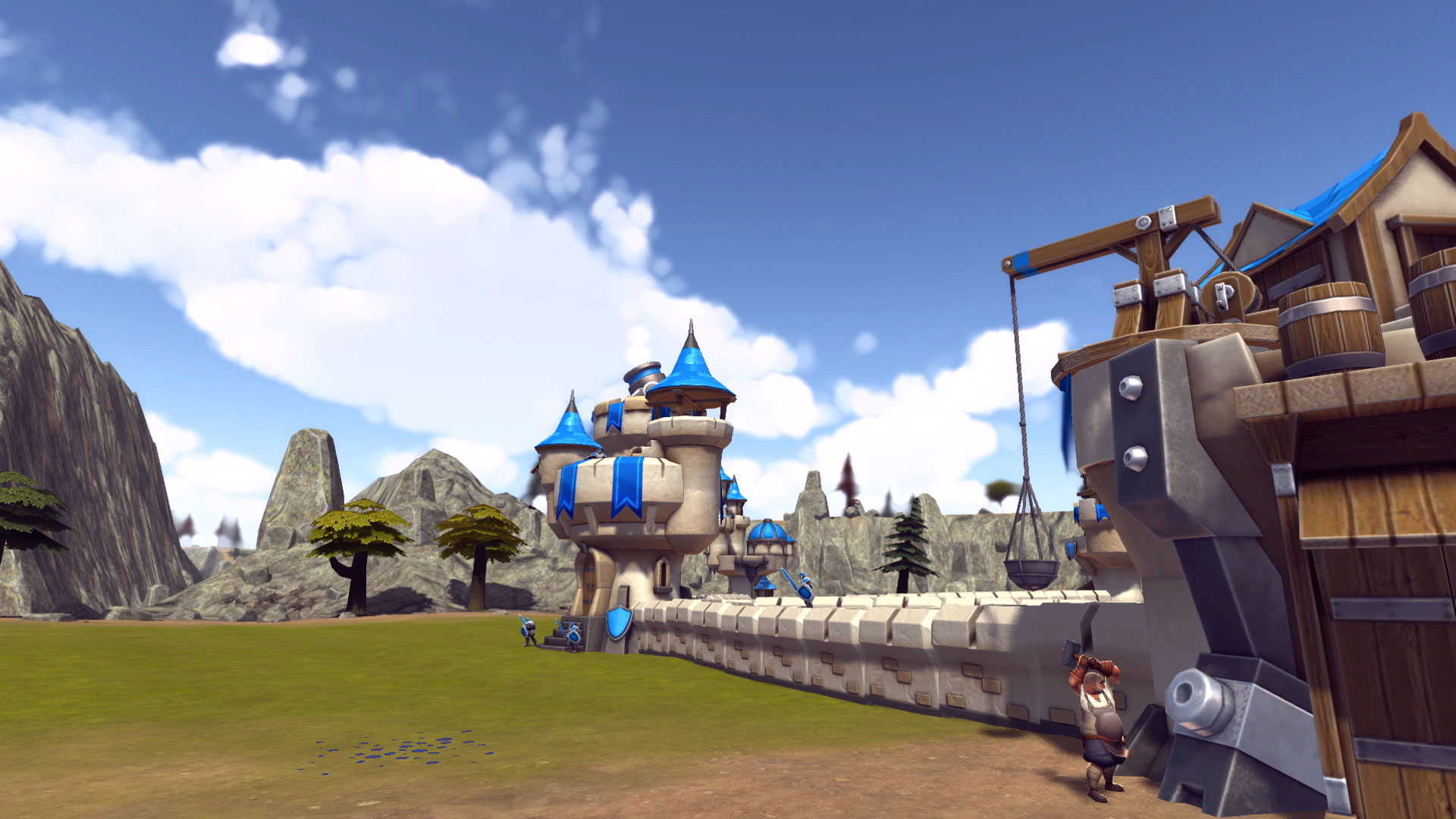 At PAX Prime Australia 2015 this year, I got the chance to sit down with Australian developers Blowfish Studios and try out first hand two of their upcoming games, Siegecraft Commander and Gunscape.

I will start with by far the more interesting of the two, Siegecraft Commander.

The game is quite unlike anything I have played before, so much so that I have no idea what genre to call it nor how to summarily describe it. The game focuses on competitive battles between two or more players. Each player starts with a keep located quite a distance away from each other.

The objective as you may expect is to destroy the opponents keep. The way in which you do so is what makes the game truly interesting and unique: you must sling shot out special towers. Doing so creates a wall which acts like a chain between those buildings. 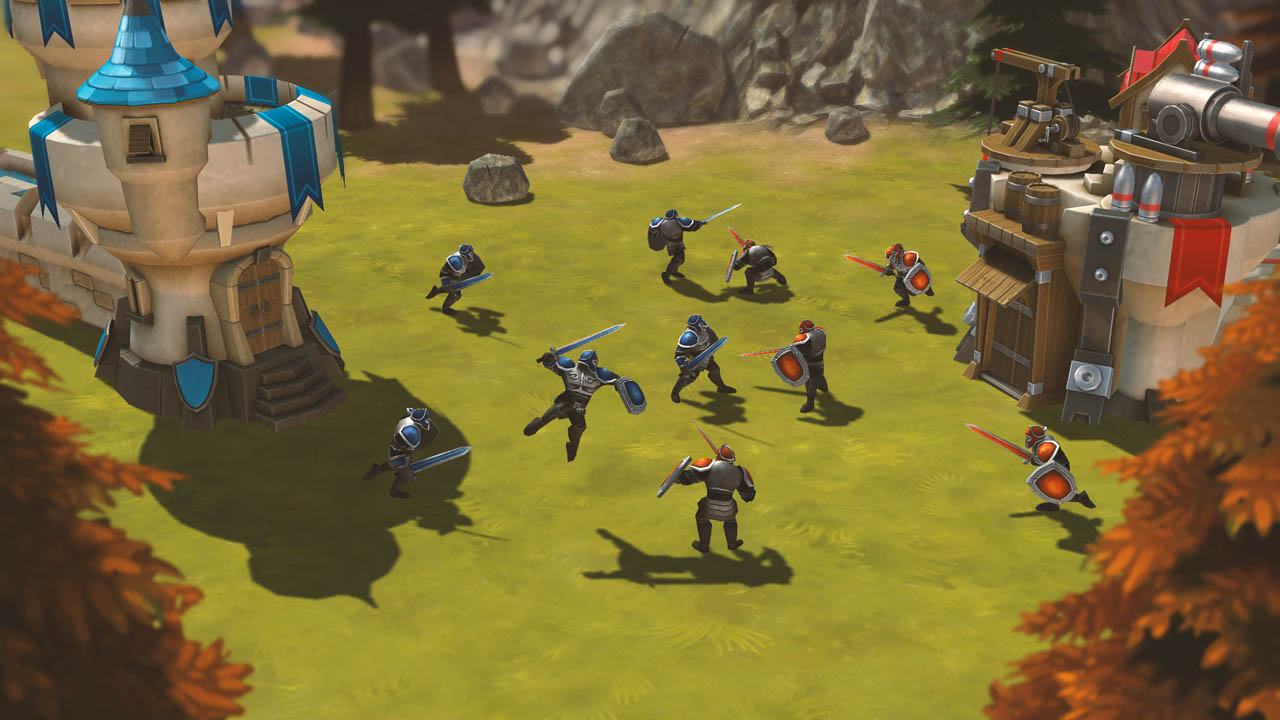 It isn’t just your keep that can throw out buildings though, the towers that you throw out can also have the functionality to launch more towers. Each tower you send out has different effects, some simply continuously spawns units, someact as offensive towers capable of launching projectiles whereas others might be primarily used to throw out specific towers.

Sound strategy is the key to victory as I quickly learnt during my humiliating defeat. Not having a full comprehension of the game my initial strategy was to quickly cut across the battlefield and end the battle before it really begun. My opponent built up a solid defence however and started spawning out a steady flow of units to come attack my towers.

Soon after making my way to the opponents end I soon found my offence quickly turning into defence as my towers began to fall one by one. 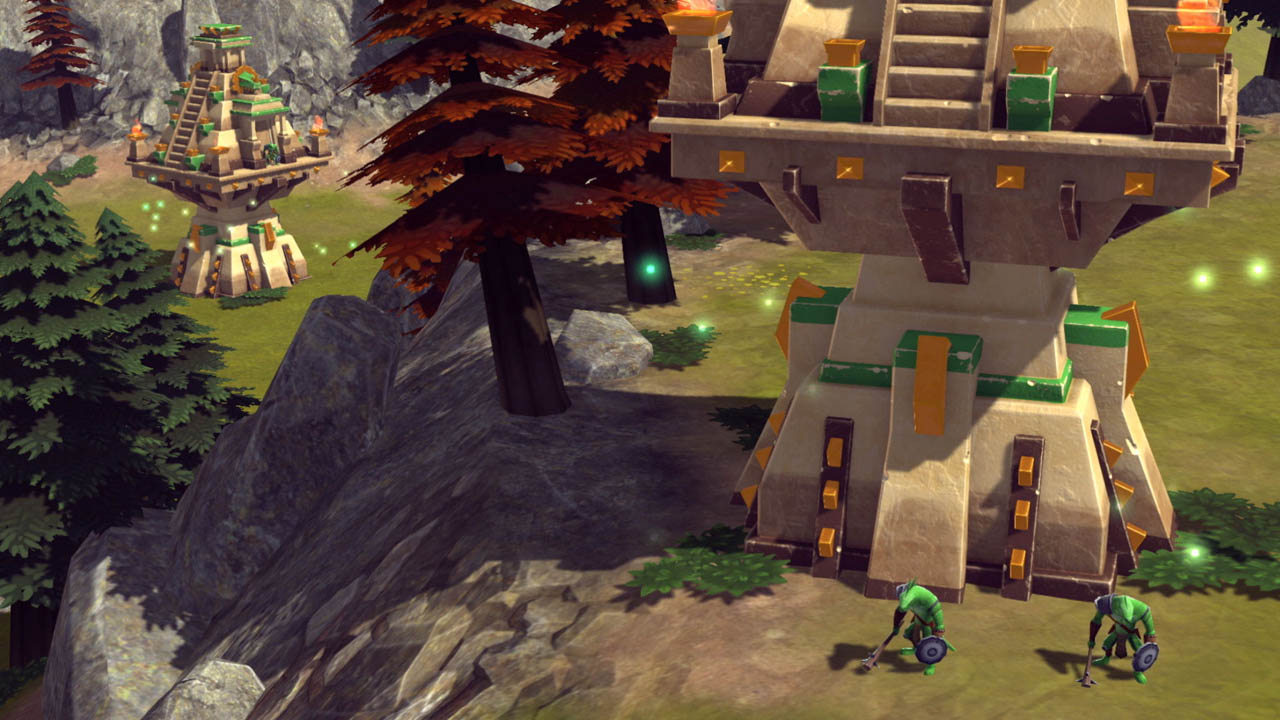 I began focusing on trying to stem the flow of units on one side and preserve what I could of my long branch. Distracted with trying to stop the onslaught from one side, my opponent took advantage and creeped around the other side to my keep. With no defences in place and my focus elsewhere on the battlefield, my keep as well as my pride fell.

While I am certainly ashamed of how easily I lost, I certainly managed to have a lot of fun doing so. A unique and entertaining gameplay concept isn’t the only tick box Siegecraft Commander marks off from my ‘things I like in a video game’ list. The game also boasts a very charming visual design and the dying out but personally much loved feature, split-screen.

One area which I think the game could do with some additions is the number of factions to choose from. The game currently features two factions, knights and Lizardmen. Each one has their own set of buildings which although equivalent, differ in visual design. 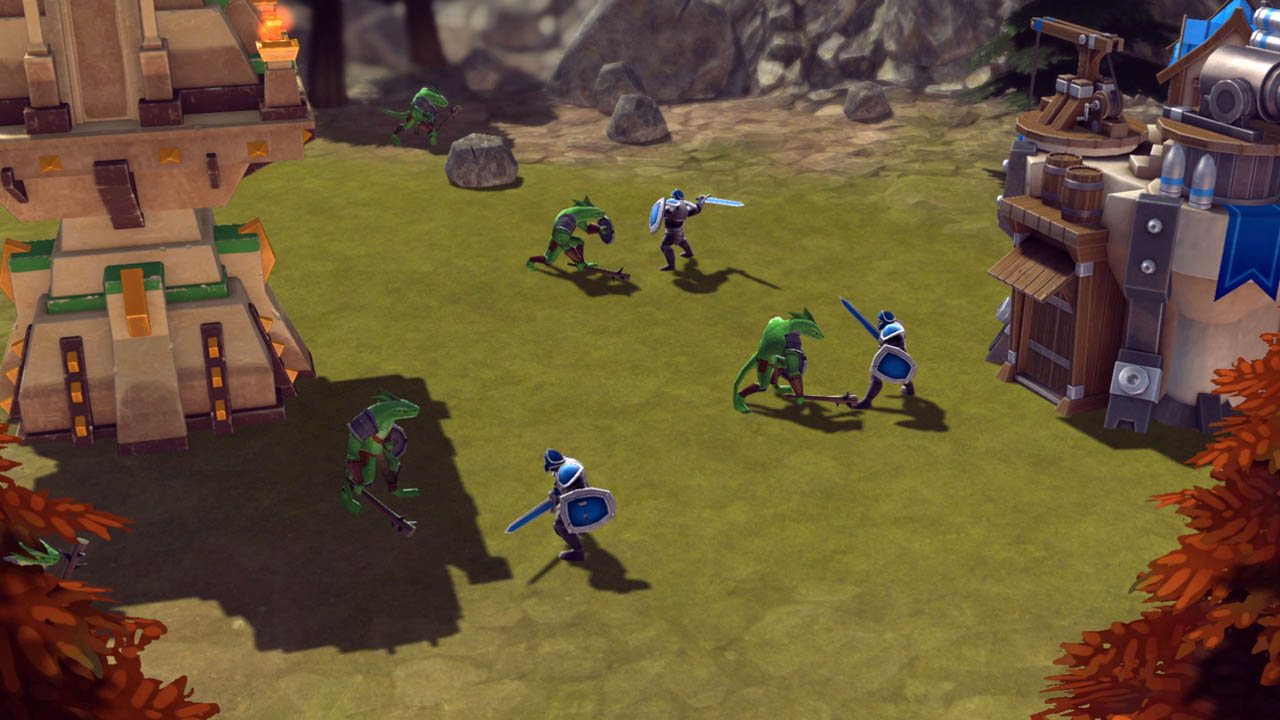 While it may sound minor, it was strangely the only improvement to the game that I felt was needed. Albeit I only got to play through one game so I don’t proclaim to have a thorough understanding of where it falls short and where truly shines.

The game is due to launch on Xbox One, PlayStation 4, Wii U, Windows and Nvidia Shield early 2016. The simplistic and entertaining gameplay has convinced me to look out for this game when it launches. 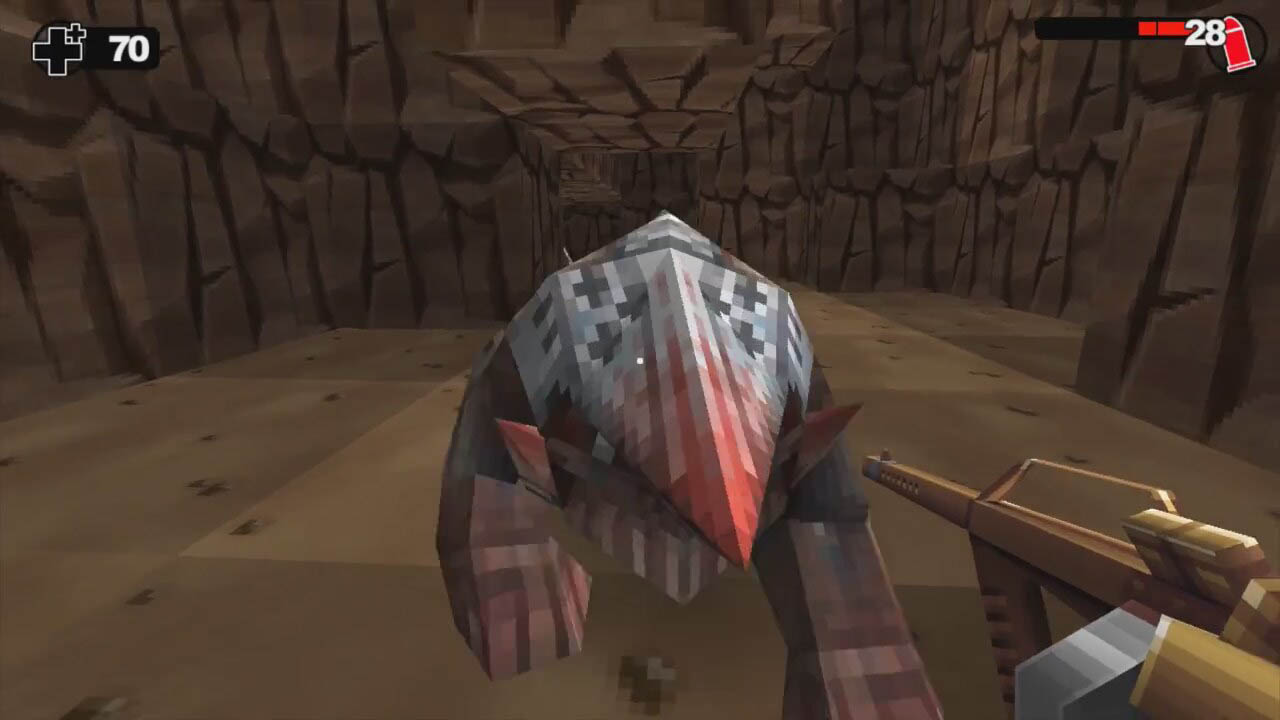 The charming and entertaining gameplay didn’t however shine through to me in Gunscape,the other game by Blowfish Studios I got hands on.

Visually the game is a cross between Minecraft and one of those 90s shooters. This look didn’t really appeal to me. If you love the early era shooters though Gunscape may actually be your sort of game.

Taking a more unique approach to games, Gunscape provides you with the tools and framework for a game and lets you do the rest. The game features multiple theme packs inspired by classic first person shooters. Using the building blocks in these theme packs, the community can create Levels. 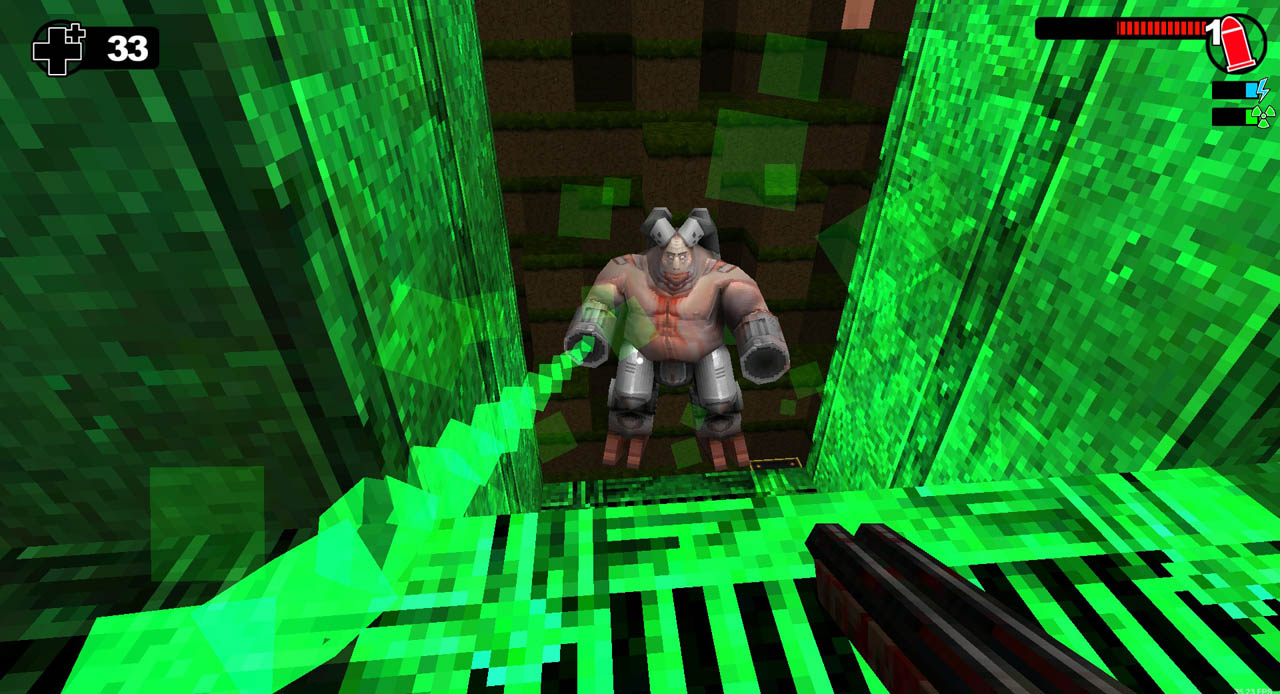 My time with the game was spent exclusively on playing community created levels rather than the actual creation of them. The modes I player were exclusively local player versus player however I was told that you could do more of a co-op thing.

The maps I played were reasonably well put together for community map standards which I guess is equally due to a good community and good tools to use.

The game plays like one of those early shooters it is inspired by which is something the developers are obviously going for. This can either be a very good thing or a very bad thing depending on what you were looking for in the game. Not having the nostalgia for this era, I found myself unable to truly appreciate the game. 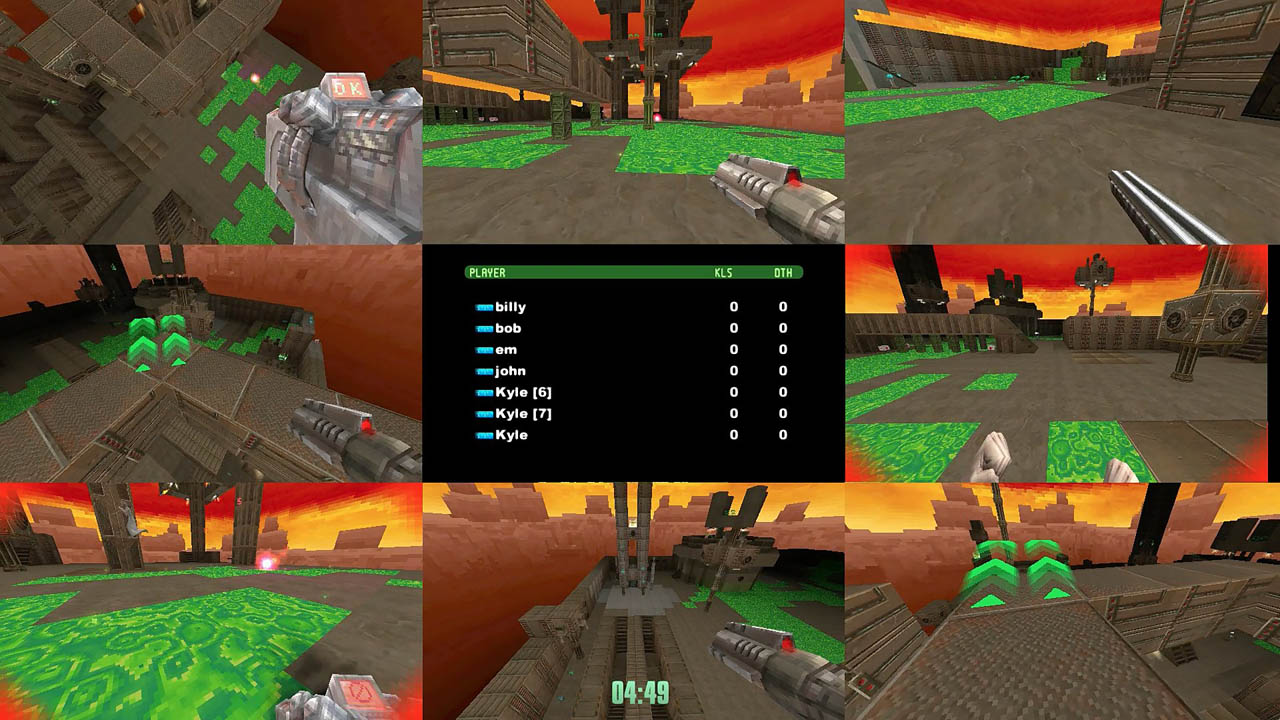 Everything I have said may have had you jumping for joy however. If that is you, the game is currently in Early Access on Steam with a full launch on PC, Mac, Linux, Xbox One, PlayStation 4 and Wii U due in 2016.