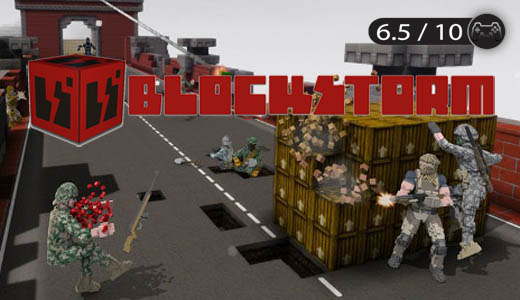 I can just imagine the conversation down the pub. After discussing the strange genetic mix-up that gave us the platypus, attention turned to videogame mashups. In this case, what would happen if you crossed Call of Duty with Minecraft?

Well, you’d get Blockstorm. But, unlike most pub conversations, this strange amalgam didn’t end at closing time – someone actually went ahead and made it.

What we have here is a shooting and building game from Italian developers Ghostshark. 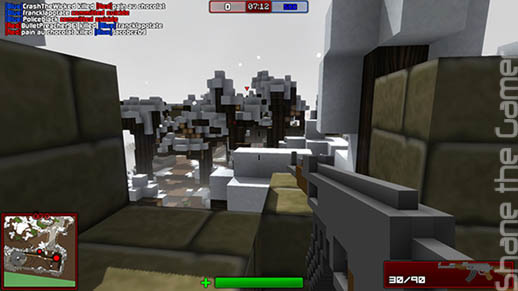 The game is part of Steam’s early-access initiative which gives players the opportunity to try out games during their development. Whilst players get to play a game earlier than usual, they may have to accept some bugs and/or incomplete features.

I first played this game just before it’s June launch and with sparsely populated servers it wasn’t much fun. I’d been putting off writing about it, as I knew I’d need to get back in there for some details and wasn’t really looking forward to it. 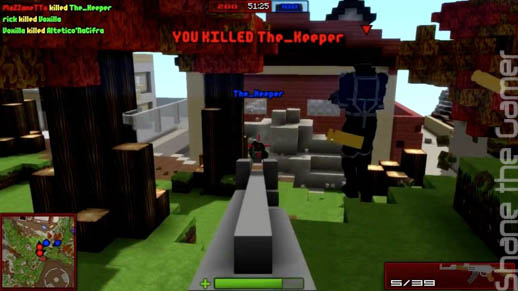 On my return I was surprised to find an abundance of packed Team Deathmatch servers and to experience a game that is, in its own quirky way, quite good fun.

By quite good fun, I mean that I can’t really 100% endorse the game. It’s a novelty, for sure. But I’ve got to admit that if I wanted to play a shooter, I’d play COD or Battlefield. If I wanted to play Minecraft I’d play…well, Minecraft. 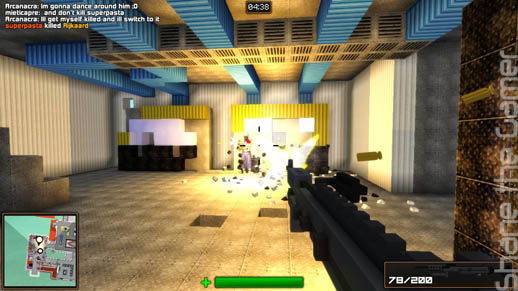 Credit where credit’s due, though, the game does work well, especially considering it’s not finished yet.

Visually, the game blatantly rips off Minecraft’s graphical style in such an unashamed way I’m wondering if a lawsuit will be in the offering. It does look good though, with the maps being meticulously detailed.

The game environments are fully editable in the game. Players can place blocks, dig holes or blow the environment up.There also some nice little touches as bullets hitting the scenery send tiny blocks flying into the air.

It’s all actually kind of cool.

Where else, with the enemy approaching can you quickly hack into the wall and tunnel yourself away from your foes?

That being said, players that are looking forward to unleashing their creativity during a match are going to be disappointed. The matches are just not long enough to do anything other than dig a few tunnels or construct a rudimentary barricade. 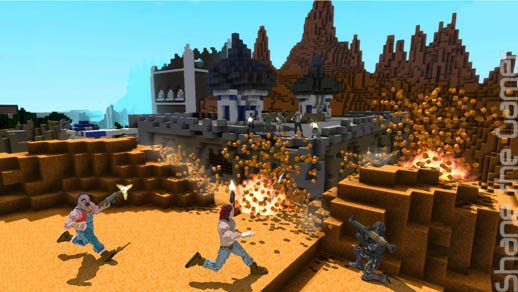 Blockstorm does, however, offer an outlet for the more violence-oriented would-be Minecrafter.

It would probably come as no surprise to find that, as a game constructed from building blocks, Blockstorm comes complete with a couple of editors, one for editing characters and another for editing maps. And, just like in Minecraft, it is easy to get lost in the map editor for hours.

Gameplay-wise, Blockstorm is a fairly generic shooter. Fun, but generic. 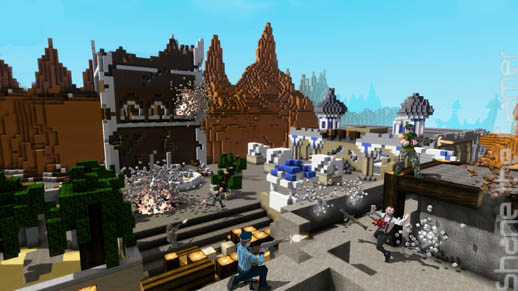 Before each match you get to choose your loadout, picking your primary and secondary weapons to complement your knife, cube for building and your shovel (for digging).

Even at this early stage the game comes complete with ten uniquely different maps divided across the three game types. From the impressive towers of Middle East to the rather more minimalist Bridge Pass, there’s definitely enough to keep players engaged. I also played a few custom maps, most of rather questionable quality, but it’s still early days. 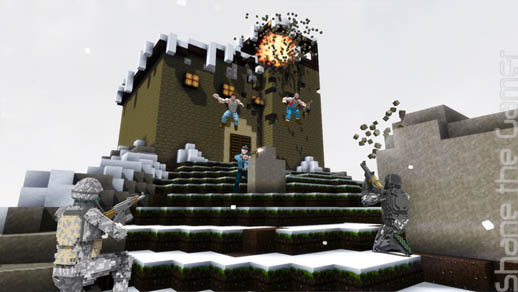 Blockstorm is a quirky, but fully-featured shooter. The Levels are, for the most part, impressive and intricately detailed. For an early-access game it is a very complete product, and one that I can only see getting better.

The Minecraft inspired visuals are not going to be for everyone, but I can see this game developing a very dedicated fan-base in the long term.