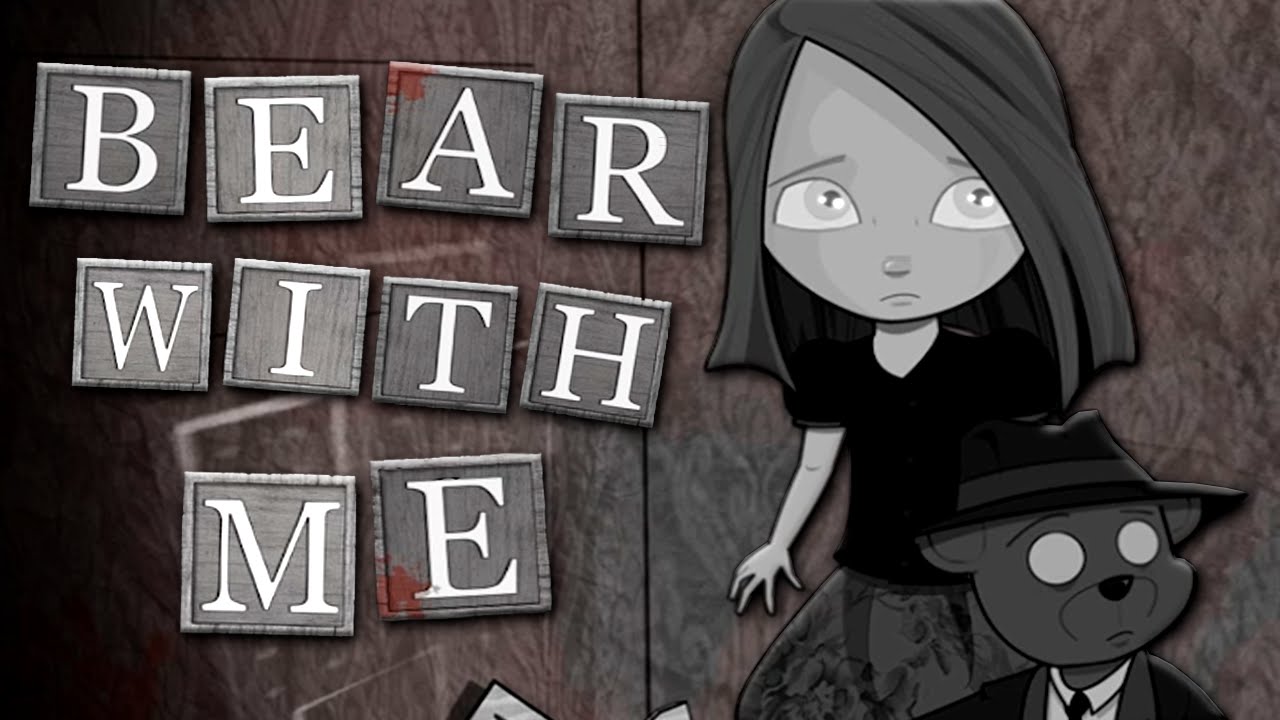 Bear With Me is a gorgeous narrative driven noir point and click adventure game. The game follows the adventures of a loveable and enthusiastic 10-year old girl, Amber, as she teams up with her teddy bear, Ted E. Bear, to unravel the mystery behind various mysterious happenings.

Okay, so the premise sounds childish and non-sensical, but you are going to have to bear with me on this one. If you look past this veil, which isn’t hard to do, you will find a very mature dark and gritty narrative that will take you on an emotional roller coaster. The strange and whacky premise makes the game quite charming.

The story takes place over three episodes. The basic premise is that Amber’s brother has gone missing, a mysterious figure referred to as Red is on the loose and causing havoc and a city being slowly destroyed one building or inhabitant at a time. The story constantly had me guessing what will happen right up to the final point of the game. 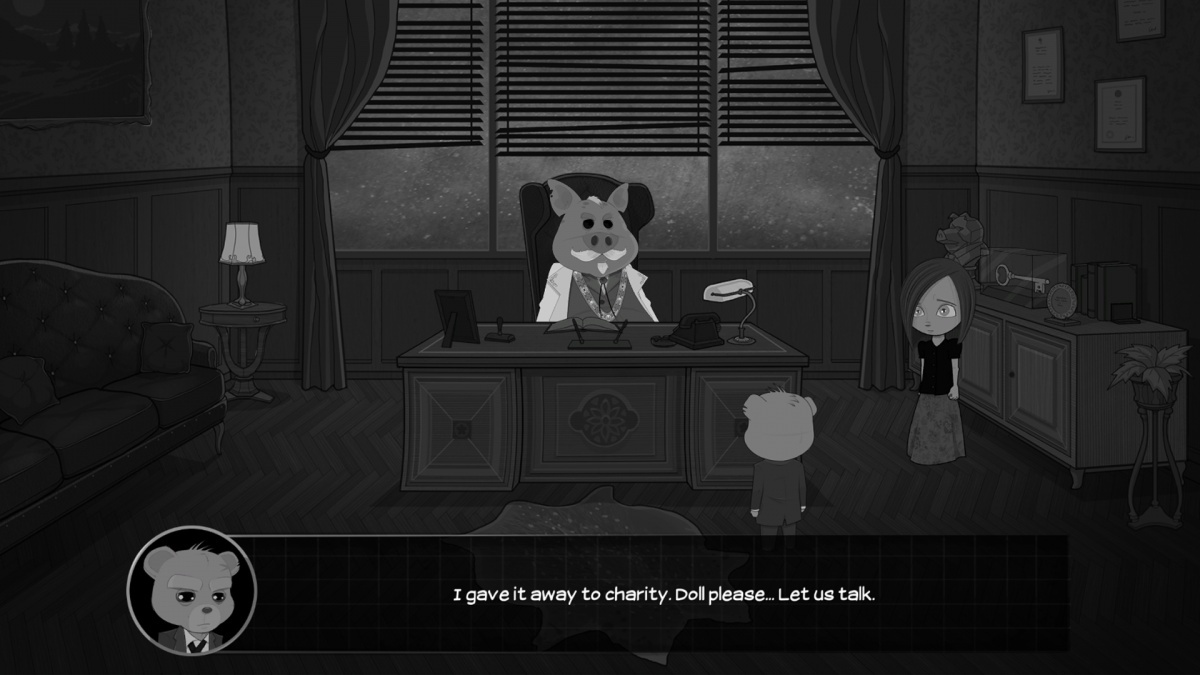 The quality of each episode varies considerably. The first episode is by far the weakest of the three. It does a decent job of establishing the plot and generally being a good launching platform for the next two episodes but isn’t particularly engaging. I feel this is largely owing to a lack of interesting secondary characters and a generally bland setting, Amber’s house, which is away from where all the action is happening.

If you can grin and bear it through this first episode, you will be rewarded. The second and third episodes fix the major issues of the first episode by taking you to the very captivating Paper City and introducing you to a host of interesting characters. This is also where the story really hits its stride.

The dialogue in the game is well written and often witty. It really makes interacting with everything, even the things which are obviously pointless, enjoyable. The voice acting is also superb, particularly for the two main stars of the game, Amber and Ted. 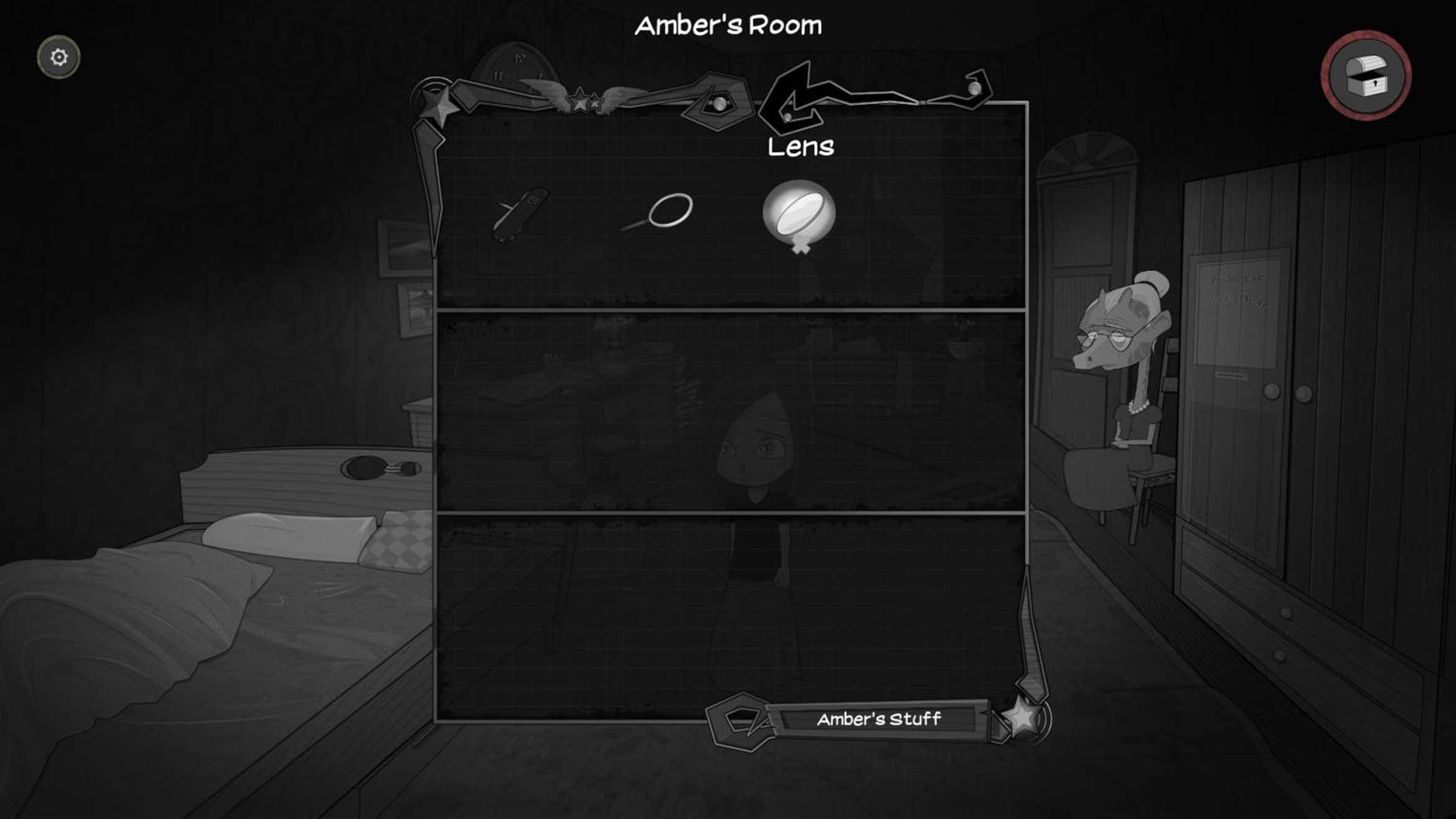 The visual style in the game is simply gorgeous. It uses a beautiful grayscale 2D images that are wonderfully detailed. The images you see from the game speak for themselves.

The gameplay does let down the game though. For this sort of point-and-click adventure game, puzzles should be both better and more common. I feel that progression should be both challenging and consequently rewarding. Typically, I found things far too easy and unrewarding. A few times the challenge fell outside of this basket and into the too difficult or unintuitive to the point where I just looked up a walkthrough.

Primarily, the gameplay involves looking for things you can physically interact with in the world then interacting with them. Sometimes it isn’t obvious what you can and cannot take or use. The distinction being whether the story either now or in the future will necessitate its use. If so, there will be a hand icon that appears when you click on it. 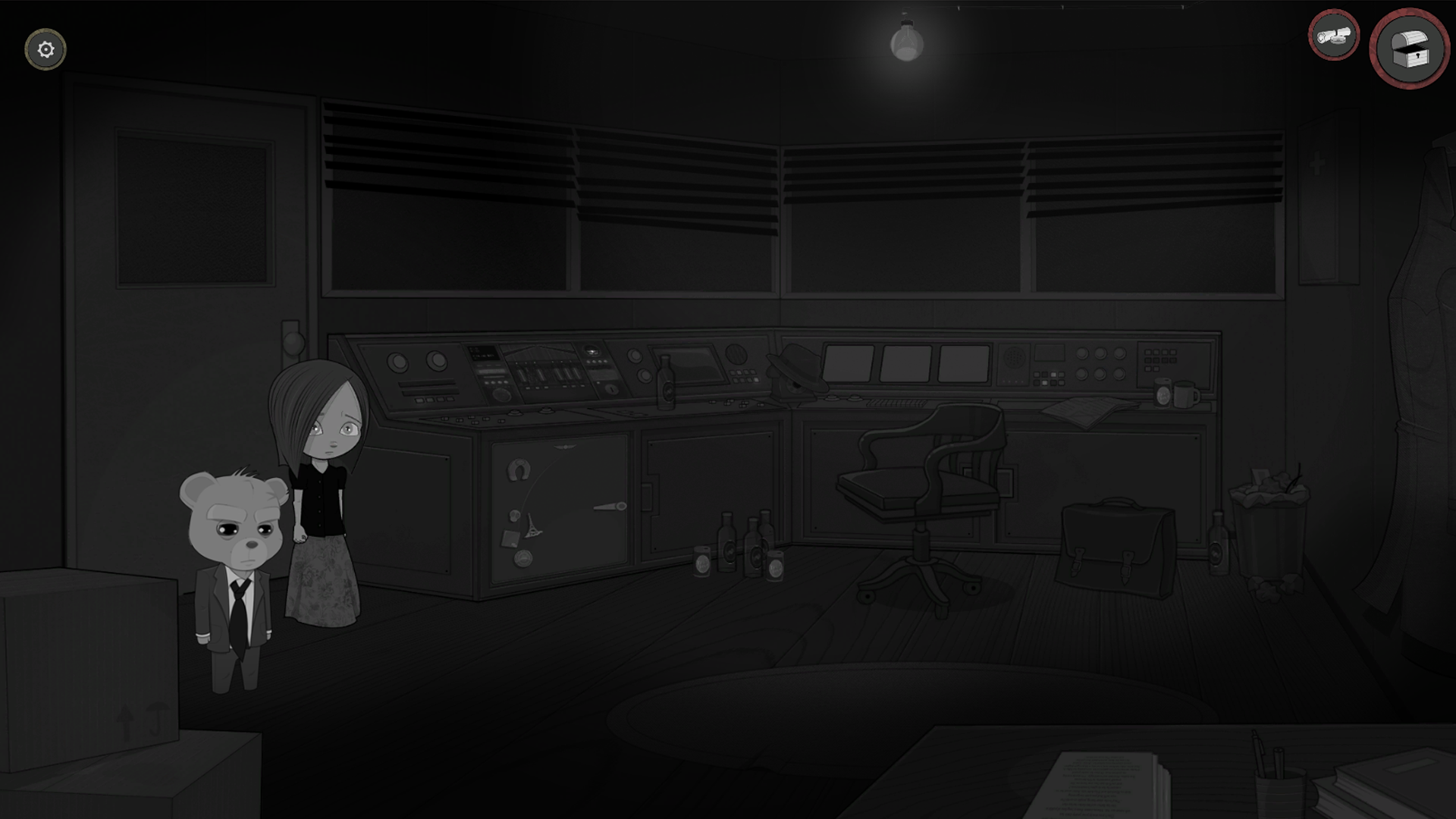 It is a shame that the gameplay doesn’t hold up because the game otherwise provides an excellent experience all round. The game takes about 10 hours to complete and, at least for the second and third episode, will likely have you hooked until the end.

The excellent narrative and premise of Bear With Me makes it a worthy addition to the point-and-click adventure genre. Except for the lacklustre gameplay, the game provides a uniquely enjoyable and engaging experience. It is one of those indie games which will likely go under the radar, ultimately deserving of more attention than it will get.

Gameplay
Graphics
Audio
Replayability
Your Rating0 Votes
The Good
The Not So Good
2.9
Final Verdict
Scroll Up