Back to Bed Review 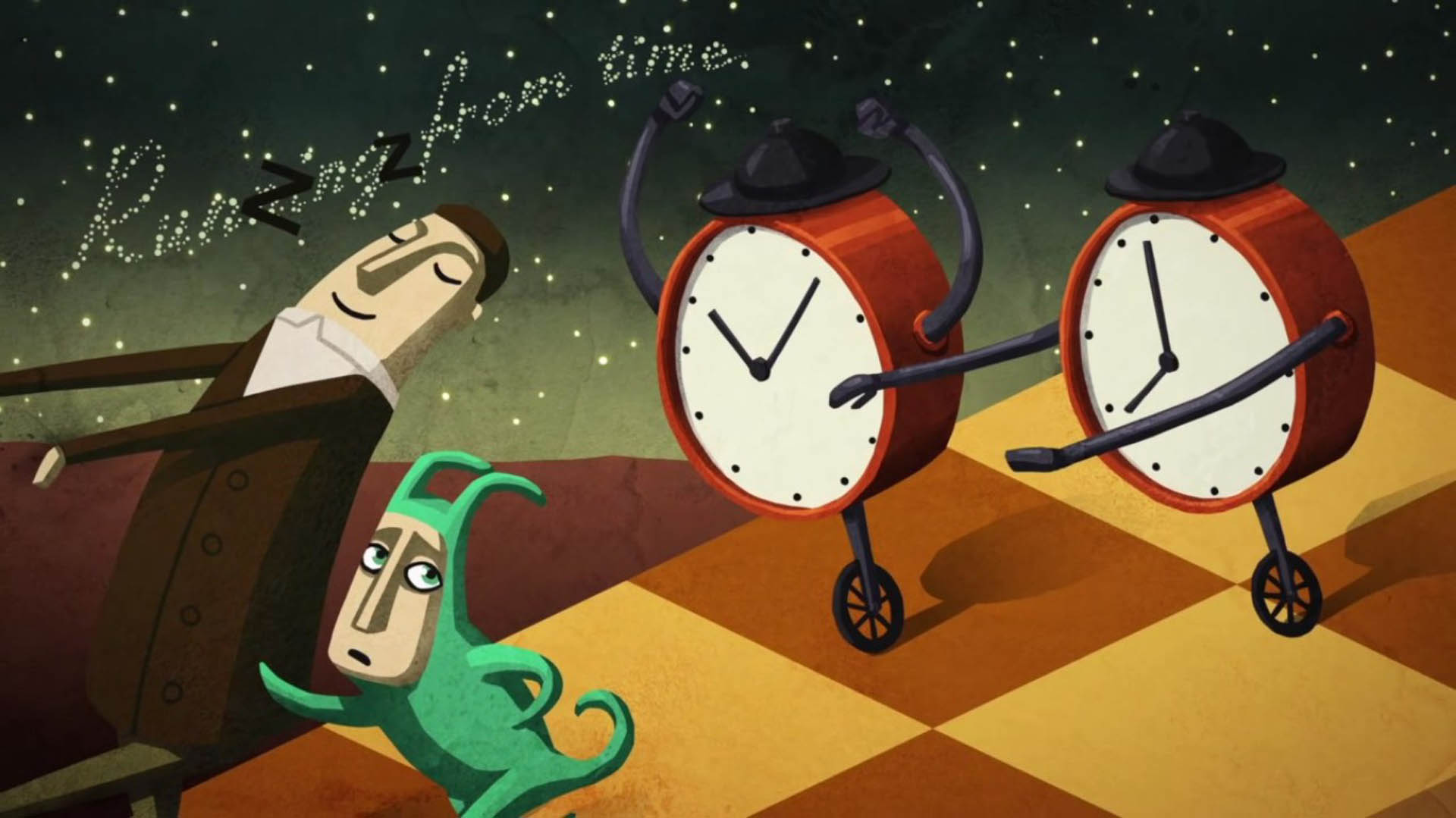 Back to Bed is a wonderful reminder of what is truly special about indie gaming.  We are brought into the world of Bob’s dream as his subconscious guardian Subob, who must ensure he gets back safely to his bed.

The kicker in this game is that all of the Levels are built like a surrealist painting, as if taken straight out of the mind of Escher and Dali’s lovechild, with giant eyes and melting clocks scattered about adding to the games quirky aesthetic. 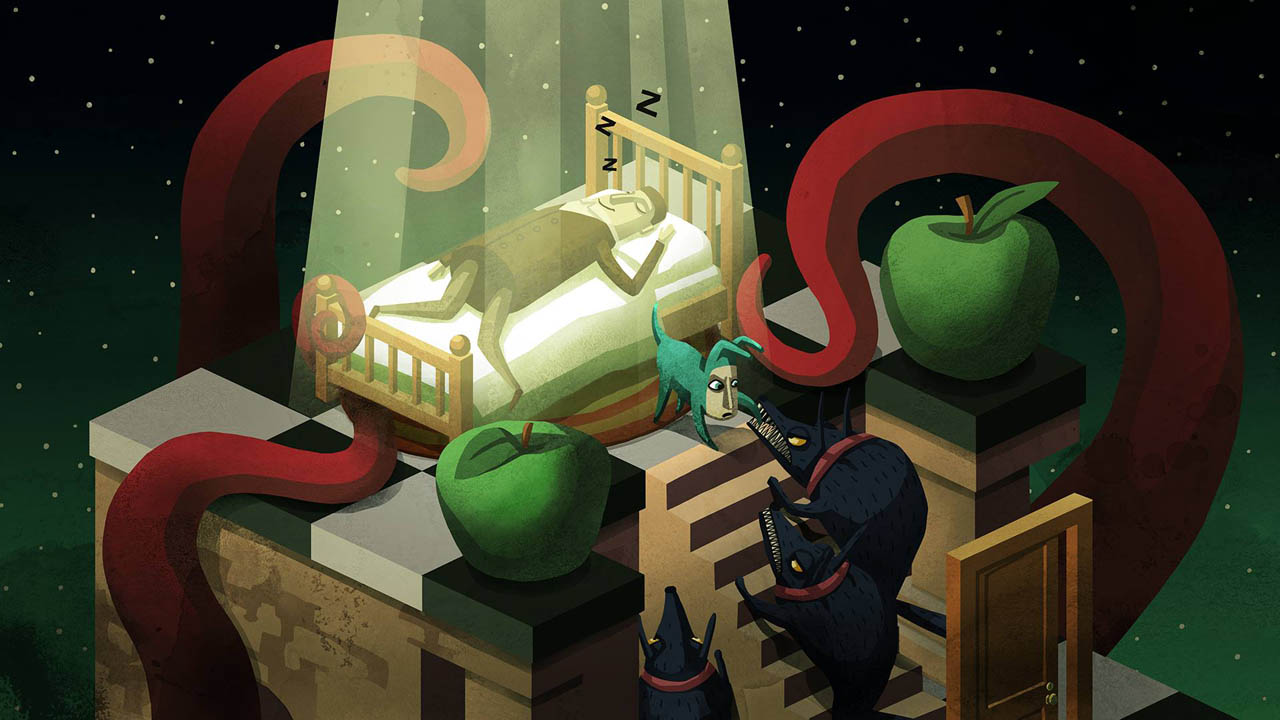 The art style really is where the charm of this game lies with Levels that are beautifully and strangely designed.  You walk up walls (as long as there is a mini staircase at the base) and to stop Bob walking into a hole or off the cliff, you move giant apples in his way or use giant fish as planks.   It is strange but beautiful.

The story itself is very minimalistic (I covered the entire story in the first paragraph) and that is fine.  It is a puzzle game. The story tells you why you are there and why it is a bed you are making your way towards.

The gameplay itself is also very simple, which makes it very easy to grasp quickly (always a fan of that in a puzzle game). 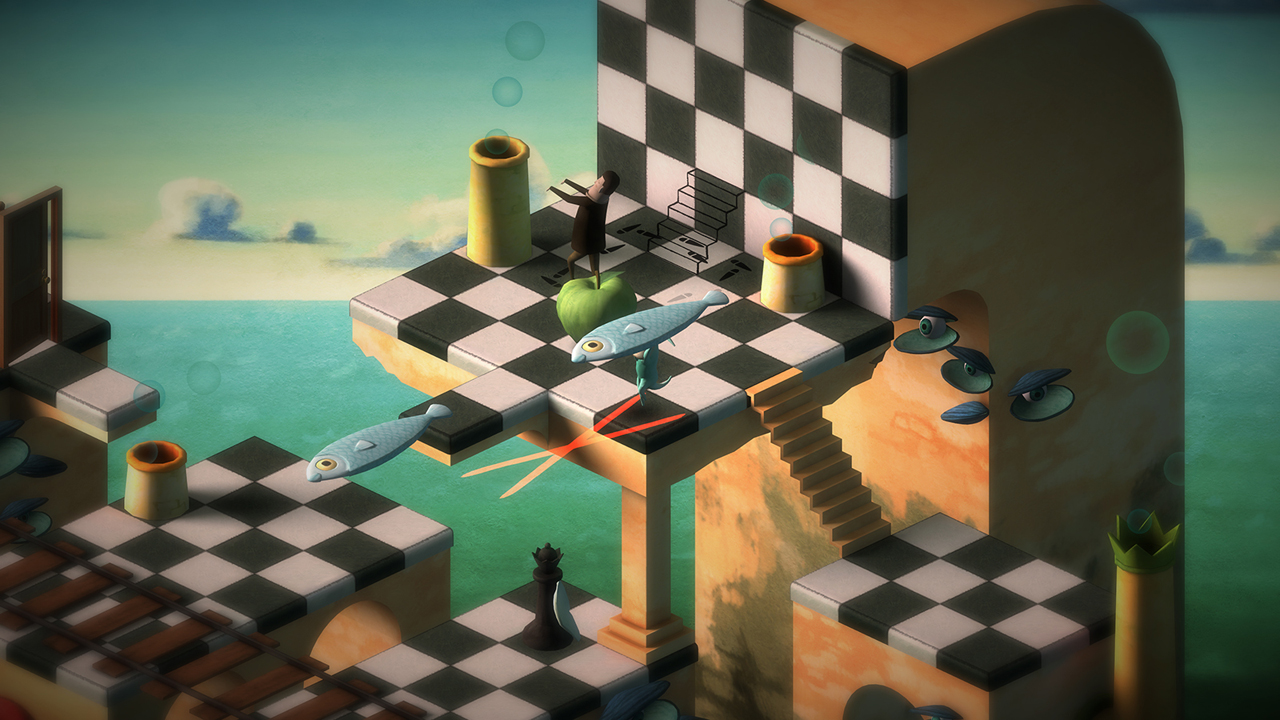 Bob continuously walks straight, unless he hits an object then he turns right.  So to get him from A to B you need to use the movable apples and fish planks.  As the Levels progress some challenges are thrown in, for example pipes which continuously blow air in a direction which you can use to your advantage or block with an apple.  If Bob walks off the edge he just respawns at the starting area, but when spike pits appear in the game and Bob falls in, then you restart the Level from scratch which is a minor inconvenience, but an inconvenience none the less.

One of the more interesting hurdles in the game are dogs, which also walk like Bob, so you must either steer him past them with precision timing, or lead them out of the area before you let Bob in. 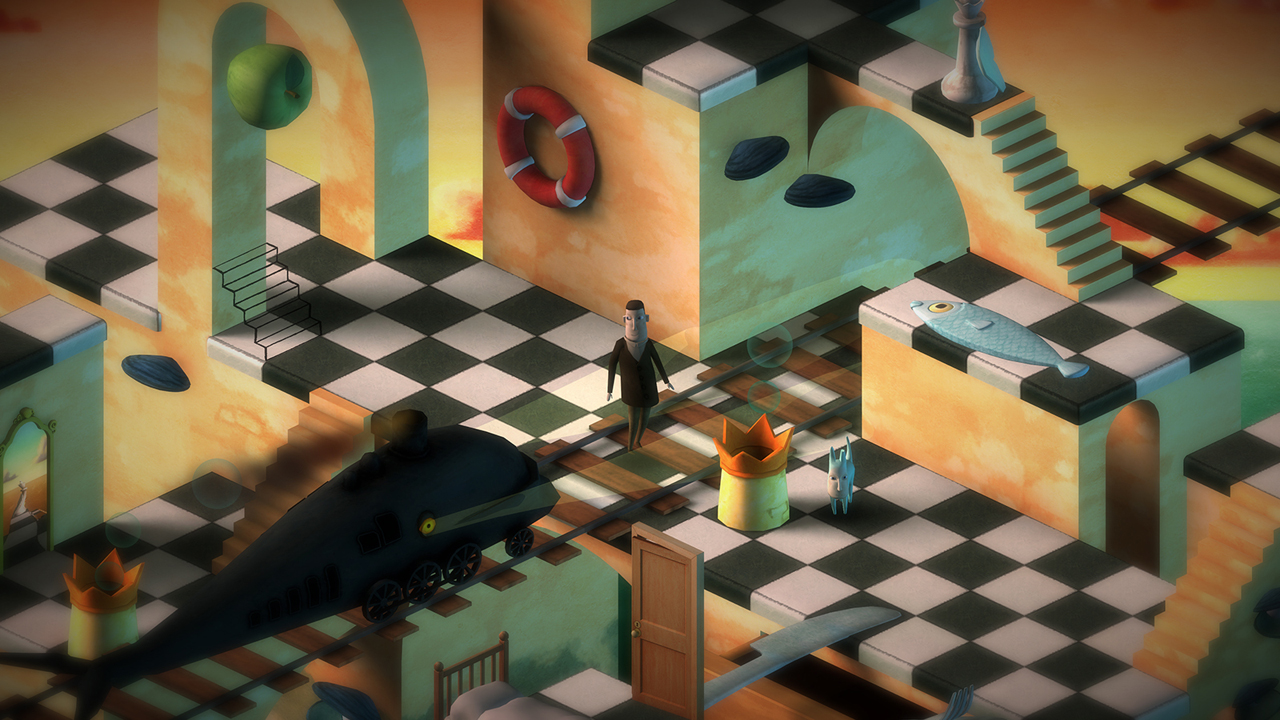 At the end of each puzzle there is a door with a bed behind it and you just need to lead Bob in through the door to finish.  Nightmare mode adds a layer to the game by locking that door.  Now Bob has to pick up a key before making his way to the door. If he falls off the edge, he spawns again without the key.

Such a simple change makes your second playthrough much much harder, which is good as the first playthrough clocks in between one and a half to two hours.

Its length is really this games only major shortfall. Each puzzle is short, which does stop it becoming controller breakingly frustrating when you have to restart the Level. But with only two stages, consisting of 15 levels even two playthroughs won’t take too long to power through. 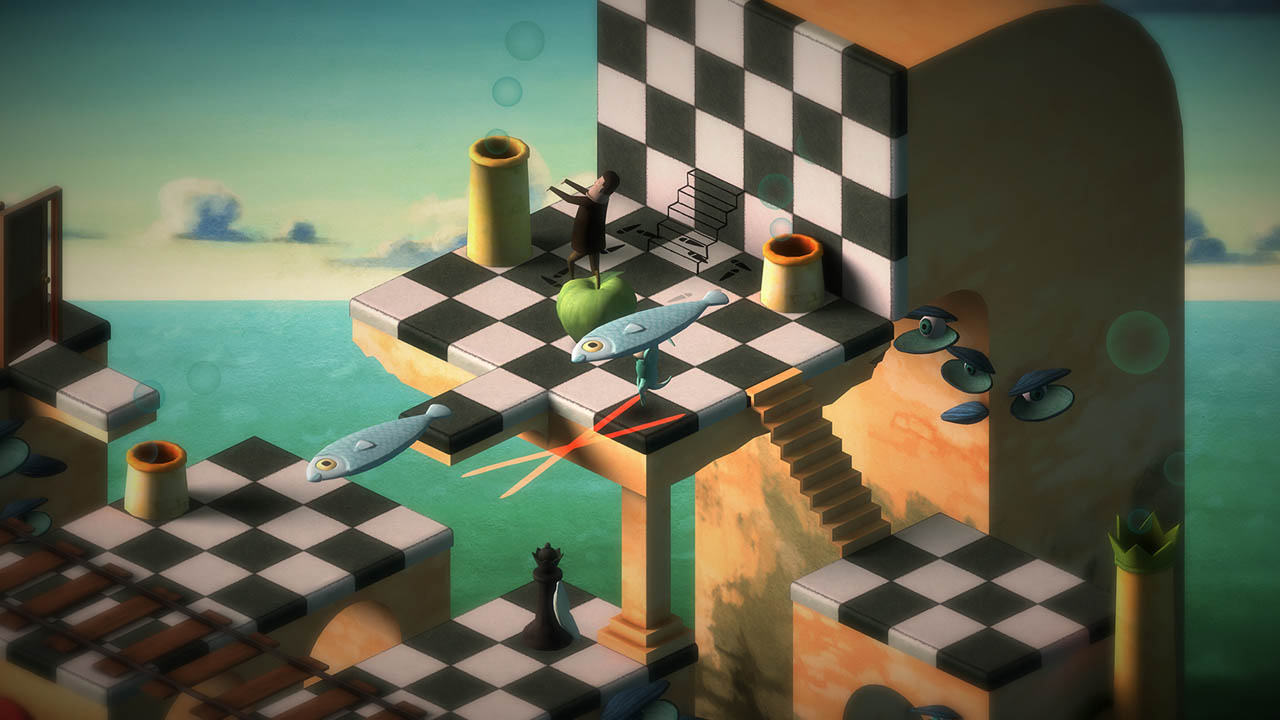 When push comes to shove Back to Bed is an excellent albeit short puzzle game, with complex enough mechanics to be fun, but not so much that it becomes arbitrarily difficult.

The story, music and sound effects are all very simplistic which is perfectly fine as it sets the tone for the perfect way to kill an afternoon, relaxing on the couch playing a fun puzzle game.

Its stand out feature is the surreal art environments, which lifts the game from a good puzzle game, to a unique and worthy experience.