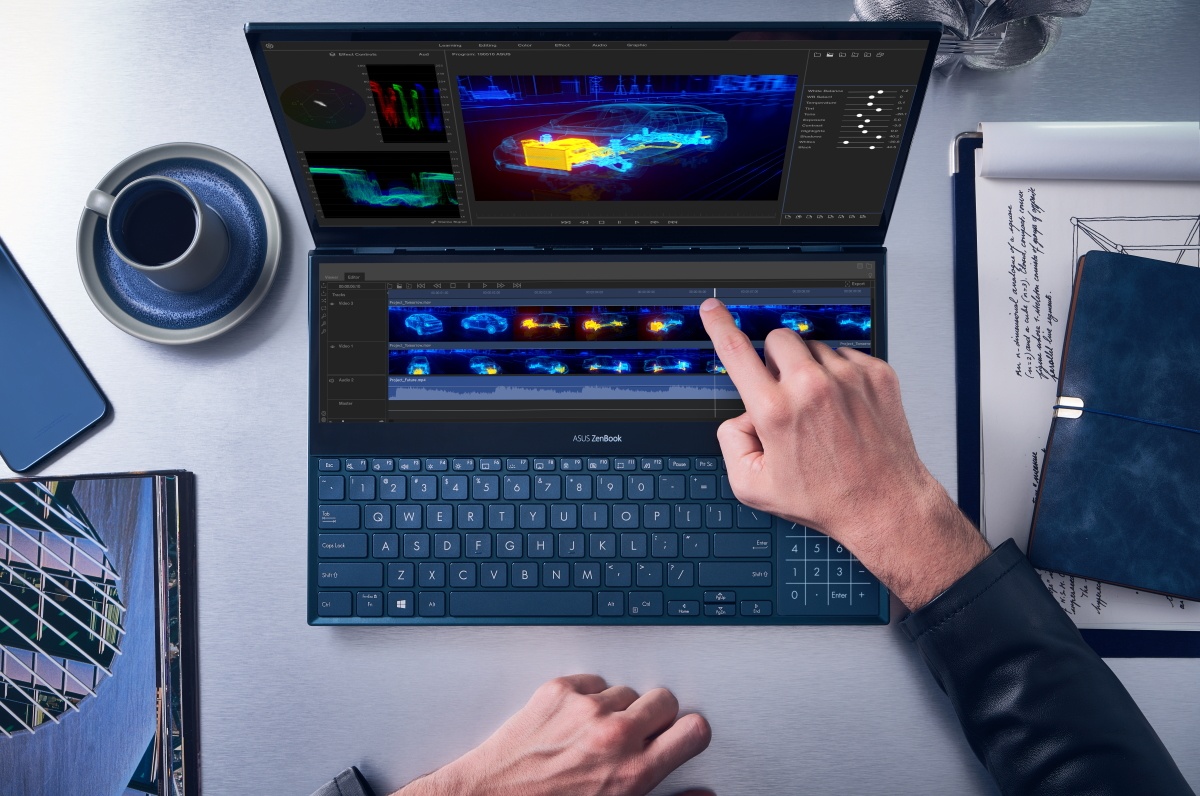 The ideal type of a laptop was, I believe, set way back at the introduction of the Apple Titanium Powerbook, back in 2004. Since then, it’s been a slow process of refinement, with a major shakeup in design inspired by 2008’s introduction of the MacBook Air and the rise of ultrabooks.

Sure, the introduction of the Microsoft Surface line shook up the industry, but that design sensibility has remained a nice in the broader PC and laptop landscape.

But with the ASUS Zenbook Duo, we may be seeing a re-imagining of fundamental concepts of laptop design. With touchscreens dominating so much of our lives as both consumption and input devices, it makes sense that our laptops would start to integrate them in meaningful ways. It’s easy to put a touch-sensitive layer on a standard display, but that won’t fundamentally change how you interact with a computer. Instead, by putting a screen next to the keyboard, you can open up new opportunities for consuming and working with content.

With this first stab, ASUS have shown that the idea has promise, and, unsurprisingly, having two monitors on the go is undeniably better than one. But there are a variety of implementation details that need work before the true potential of this sort of set up can be realised, and there are tradeoffs that you’ll need to carefully consider before you buy a Zenbook Duo for yourself.

But before we get to that second screen, what about the rest of the laptop? From the outside the Zenbook Duo is a sleek, thin laptop not crazily different from others on the market. It has a decent if not mind-blowing array of connectivity options for an ultrabook-style computer. 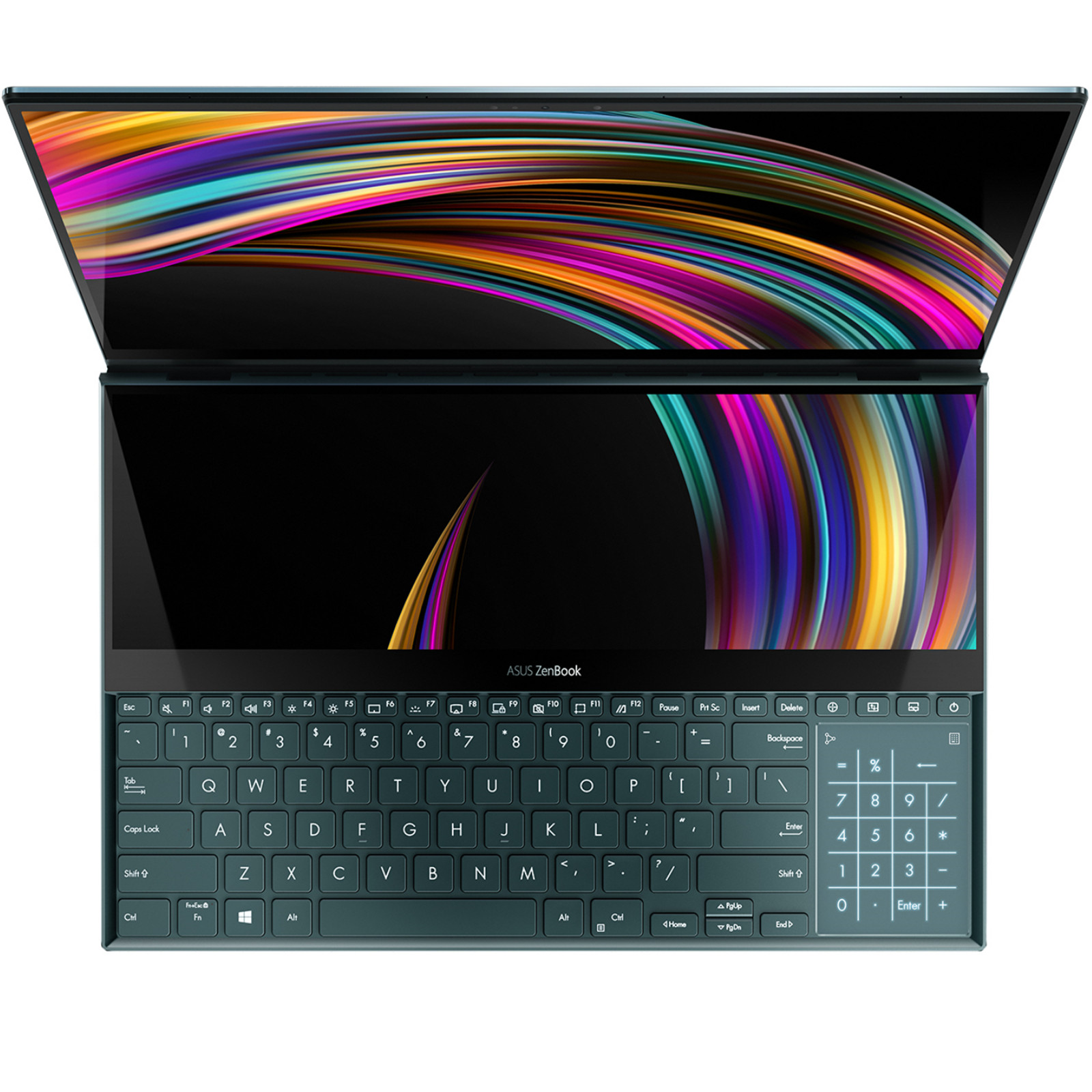 The main screen is a 1080p 15” IPS display, with strong colour reproduction if a little saturated. I’m a bit disappointed at the relatively low resolution of this screen. For a laptop that’s focused on work, business use and productivity rather than gaming, a 1080p screen unfortunately doesn’t get you to a “retina” grade dots per inch. With such high resolution phones and tablets, this seems like a missed opportunity, particularly for video editors, who I believe would otherwise love this laptop, and I would have liked to see at least a 1440p display.

The secondary screen, above the keyboard, is half the size but actually a higher resolution on a dots per inch basis, which is welcome but creates a strange disconnect between the screens.

On one your window or cursor will be bigger on the other. It’s also touch-enabled, and my model of the Zenbook Duo comes with a stylus that doesn’t quite match the responsiveness of an Apple Pencil, but does quite well at tracking your motion and has a couple of buttons on it to boot. Being touch-enabled, there’s some special software to place not only normal Windows, well, windows, but also a small range of specially-built apps, such as a handwriting surface or a number pad / calculator.

Of course you could also drag down any other app that you have open on your main screen. I found it useful when I wanted to keep an eye on a progress bar, or to keep a Windows Explorer window open at all times, or even to monitor my email inbox without that taking up a significant portion of my normal screen real estate.

But there’s signs that while the hardware is sound, more attention needs to be given to the polish of the user experience as a whole. Whether these are limitations of the Operating System, Windows 10, or a sign that ASUS needs to pay a bit more attention is unknown, but the result is an experience that’s exciting but also jarring, where the promise of solid design doesn’t quite hold true with extended use.

Those issues, combined with the strange (but surprisingly good) trackpad and keyboard placement, make this laptop a very niche purchase.

I think it’s okay with that – it’s never going to be a massive seller, and with ASUS’ vast range of laptops it’s not like the company isn’t providing other options. But I do recommend going out and trying this laptop for yourself before committing. Some will love its forward-looking design and commitment to a two-screen experience, while for others a more traditional laptop form factor will be their preference. 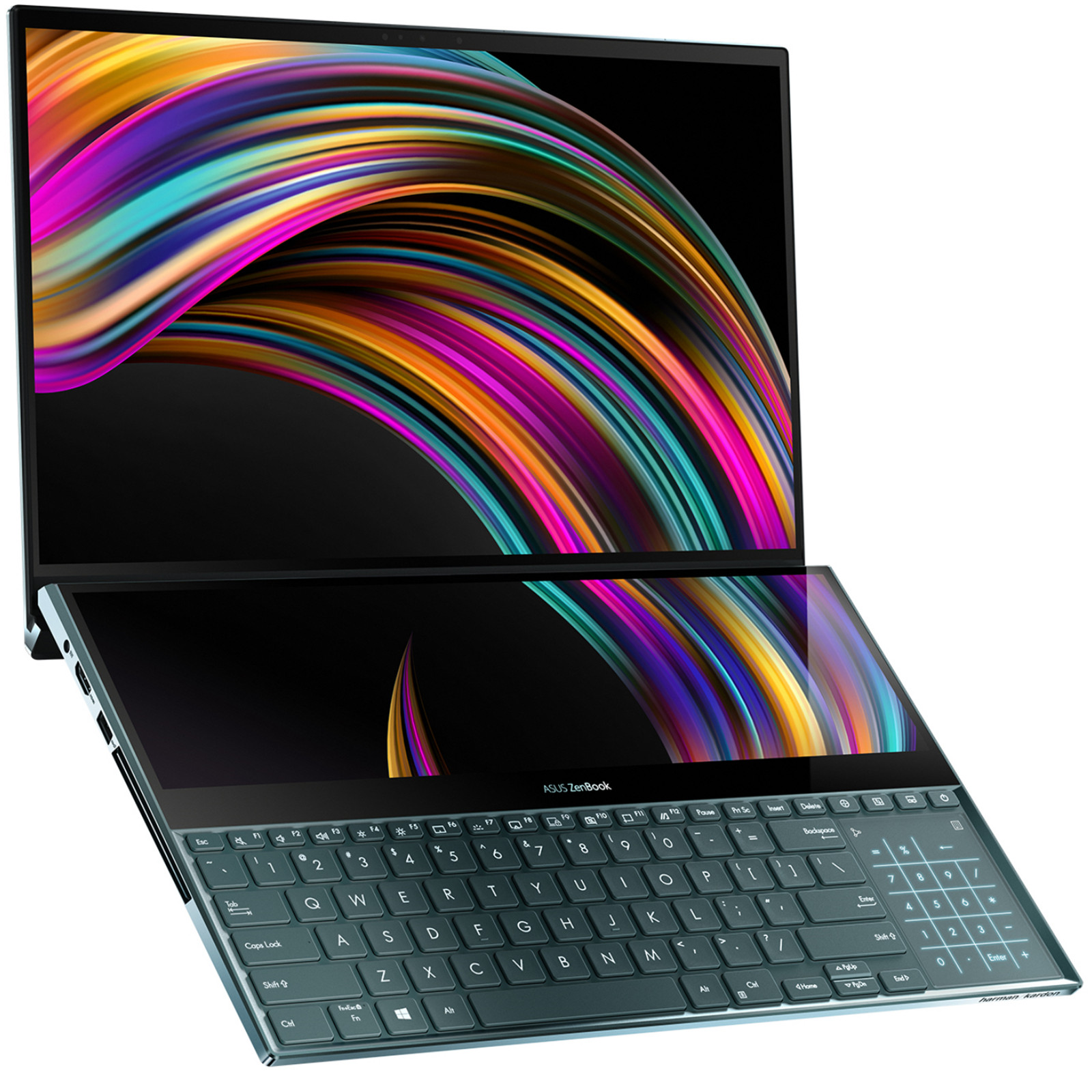 The ASUS Zenbook Duo really is a product to behold.

And while it will not be for everyone, I can see certain segments embracing this new form factor, finding productive uses for the second screen while still enjoying the bright (if disappointingly low resolution) main screen that doesn’t seem to impact the quite good battery life. It will be interesting to see whether this is a trend that the industry gets behind, as future refinements of this premise could make a second screen seem natural, and eventually, expected. 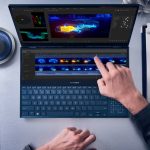 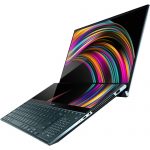 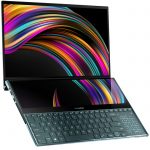 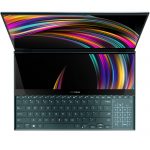