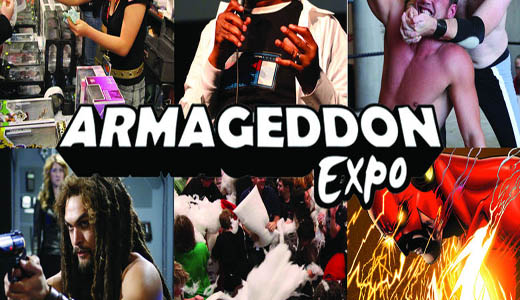 Labour weekend has come and gone and with it, the Armageddon Expo rolled into Auckland’s ASB Show Grounds to allow New Zealand to celebrate everything in entertainment culture from the safely mainstream to the frighteningly niche.

Bearded men dressed as Naruto rubbed shoulders with 18 year old female Cloud Strifes, all the while thumbing through assorted Manga, testing out novelty Katanas or even getting a spontaneous tattoo of their favourite anime character at one of the pop up parlours. A decision of course, that no-one could conceivably ever end up regretting. 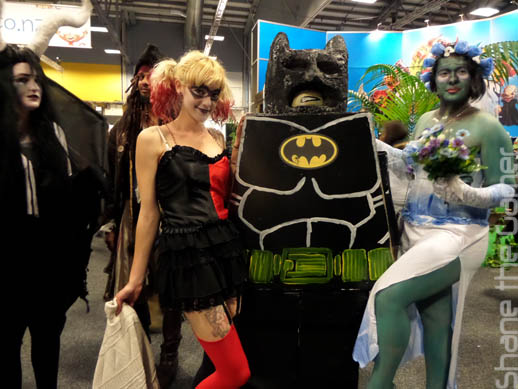 Jacked on coffee and clad in corduroy I slipped into the midday crowds on Monday and did my best to not make eye contact with Cosplayers unless they asked me to guess who they were dressed as and my answer turned out to be hilariously wrong. I followed the flow of the crowd which eventually led me to the centre of the convention and the place I’d spend most of my day, the game floor.

The first thing to notice was that E-Sports continue to push their way into the public sphere with League of Legends dominating a significant section, with live matches between pro gaming teams.

The games came complete with passionate commentators and post-match run downs where you could hear phrases like “Well the boy’s gave it their all today and that’s all we can hope for, our opponents really brought their A game and were the better team on the day”. 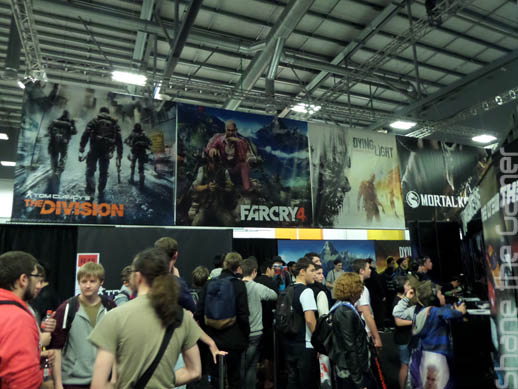 With the world championships of DOTA 2 toting winning purses in the multi millions, E-sports and MOBAS in particular continue to shift into the cultural spot light.

Perhaps in the not so distant future, there will be a new breed of socially dominant E-Jock, coasting through his education on a DOTA 5 scholarship and tormenting that lonely lean kid in class who just wanted to play non virtual basketball in peace.

Microsoft put on a solid showing for Xbox One; however the main focus was clearly on the upcoming Halo Master Chief Edition and Sunset Overdrive. 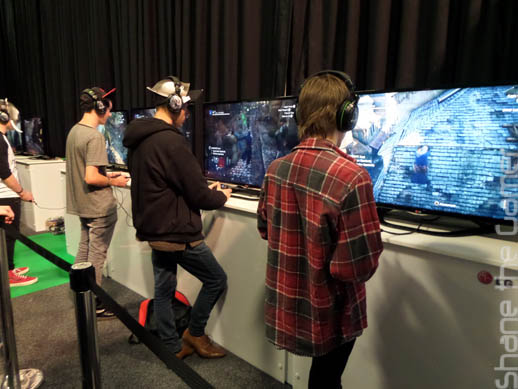 Overall the first party offerings of Xbox seemed to have more of a multiplayer emphasis, which wasn’t necessarily a bad thing but did serve to reinforce the image of the Xbox one as a console with a focus on online inter-connectivity as opposed to single player immersion.

While I’m certainly excited to revisit the gloriously updated Halo franchise, it would still be familiar ground there wasn’t a huge amount of fresh triple AAA exclusive title excitement in the Xbox corner and I soon found myself pulled over toward the Sony end of the game floor. 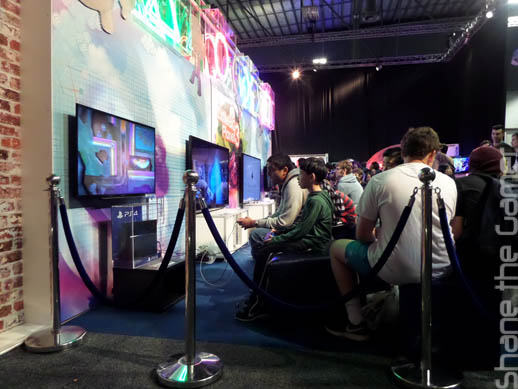 Here by contrast, I found a slightly larger and more diverse spread, titles such as Bloodborne, The Order 1886 and Until Dawn fleshed out PlayStations’ dedicated single player experiences nicely. And we can’t forget to mention the very clever SingStar Bubble ‘stage’ and a VIP area where the most fortunate (aswell as media) were invited to in order to have a hands on quiet session on the upcoming Little Big Planet 3.

There was also an indie developer portion, showcasing smaller budget gems such as the stupidly entertaining Broforce.

It was good to see the games that would otherwise struggle to gain much of a spot light being reserved a space. Even though the sign blaring “We ‘heart’ Developers” was a little on the nose, the move is sure to reinforce Sonys’ reputation as the indie friendly option. 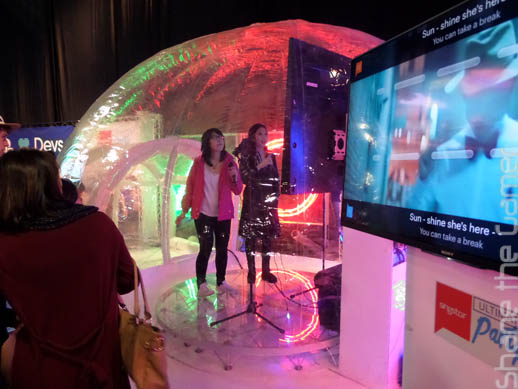 The 3rd party floor was predictably taken up by a towering Call of Duty: Advanced Warfare stand (which we got told off for trying to enter), with lines looping back and forth before it at all times.

Assassin’s Creed: Rogue, Far Cry 4, Dying Light and Mortal Kombat X were all playable and impressive from what was on show, however Dying Light was certainly the freshest and most interesting at the expo, whereas the others were all polishes of well familiar formulas.

Logitech and Mad Catz equally had gaming peripherals for both console and PC demonstrations and there was even a playable code of what is probably destined to be a New Zealand favourite; Rugby 15 which garnered a small queue for some hands on time. 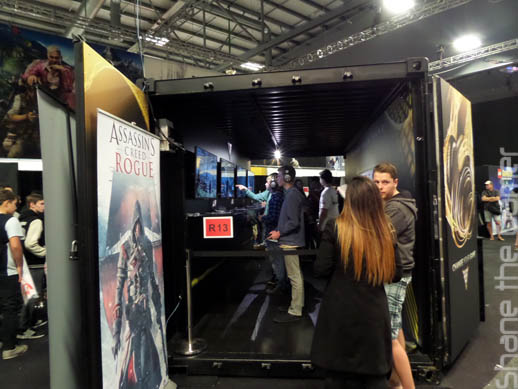 The major news from the expo however will have to be the lack of any offering from Nintendo.

Like many of my generation, Nintendo is the console maker I grew up with and therefore has the sheen of childhood nostalgia which can never be removed, which made it all the more worrying and surprising when they offered only ominous absence at this years’ Expo.

As has become increasingly widely reported in recent months, Nintendo seems to be in floundering not only in the console market but in its marketing direction as well. 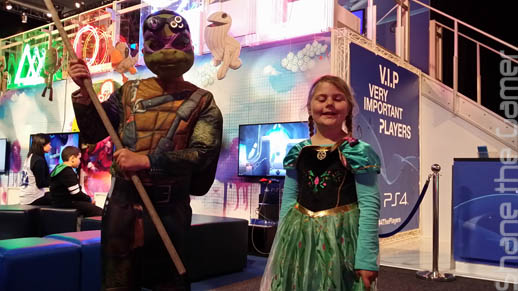 The disappointment of the Wii U as a console (so far at least) has led many to question Nintendo’s continuing viability as a direct hardware competitor, the company can’t be propped up by the 3DS forever.

Despite some of the most beloved commercially and critically successful franchises of all time under their belt, Nintendo has faltered in bringing their company into the next gen console fight. 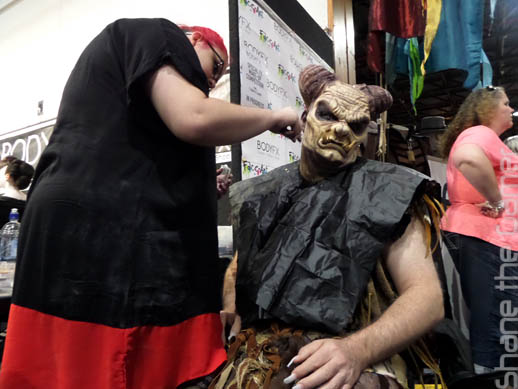 Even with Mario, Link and DK in their corner, Nintendo can’t seem to capture the publics’ fascination enough to convince them to buy their console. Their lack of 3rd party titles and their insufficient promotion of their admittedly impressive 1st party line up are severely holding them back.

On the other hand, before we get carried away and start eulogising for Nintendo, we must remember that this is a company founded in 1889, a company which has been entertaining the masses nearly a century before Microsoft even existed on paper, let alone as an international business behemoth. 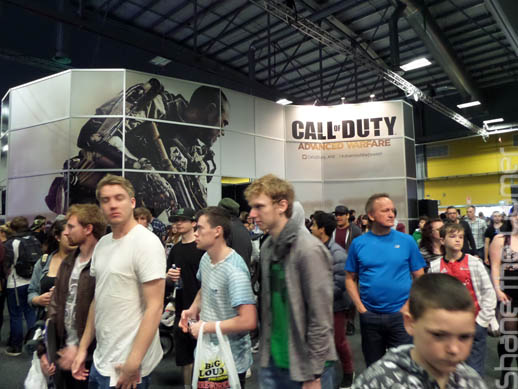 From the state of play between the companies now, it would seem Nintendo’s viable future lies in a slow exit from the console market and a head toward a more software based business model, like Sega before it.

Admittedly, with hints at another “lifestyle” improving console in the works, the future does look ever murkier for the former giant.

It was genuinely sad to not have the Mario presence, however, there was enough gaming greatness to appease us all. 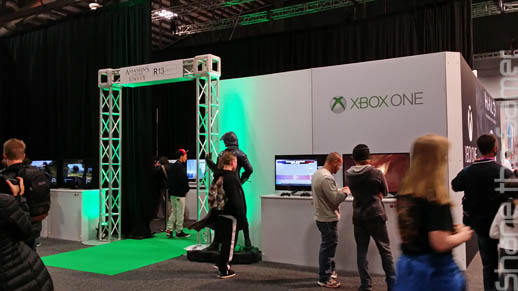 The B List celebrity panel were looking more A Lit this year with the likes of Richard Dean Anderson, best known for his role as Macgyver in the 1980’s, signing pre-purchased photo’s – but media were kept at a arms length.

Merchandise and retail stands were in abundance. Mighty Ape, EB Games and toy retailers dominated the floor spaces across many halls selling off their wares to the ever eager Hobbits, Anime characters and whatever’s dressed in their best cosplays. 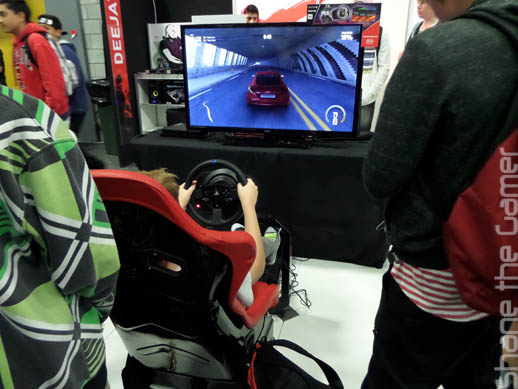 It was the place to pick up that much coveted item at a discount price, it was the event to be seen in costume and it was THE Expo of 2014.

Armageddon 2014, we feel so sorry for you if you missed it. There’s always next year. 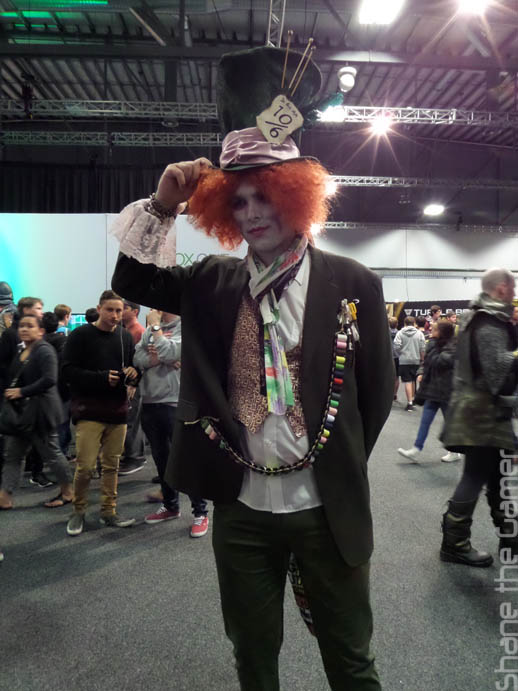