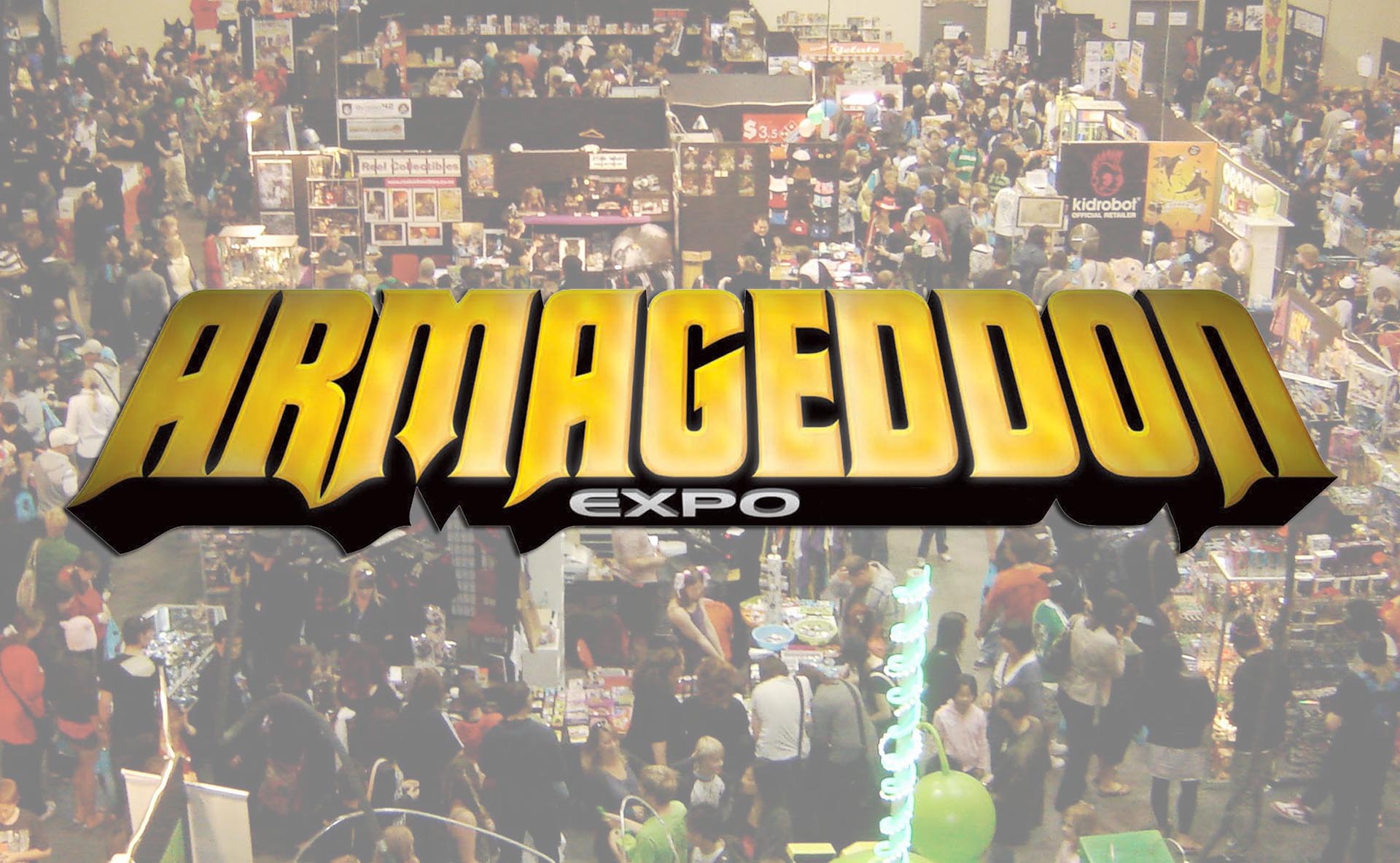 New Zealand’s Armageddon Expo does it again with a four day action packed extravaganza on games, comics, anime/manga, cosplay and a whole host of other pop culture experiences for fans of all ages and from all walks of life.

Back in Auckland for its 20th year over the Labour Day weekend, the Expo did not disappoint. With a fantastic line-up of guests, hands on gaming experiences, cosplay competitions and all-round good fun, the Expo did well to remind us just how awesome an event of this kind is to Kiwis, home to some wonderfully nerdy gamers, exuberantly geeky comic book enthusiasts and lively anime and manga fans. 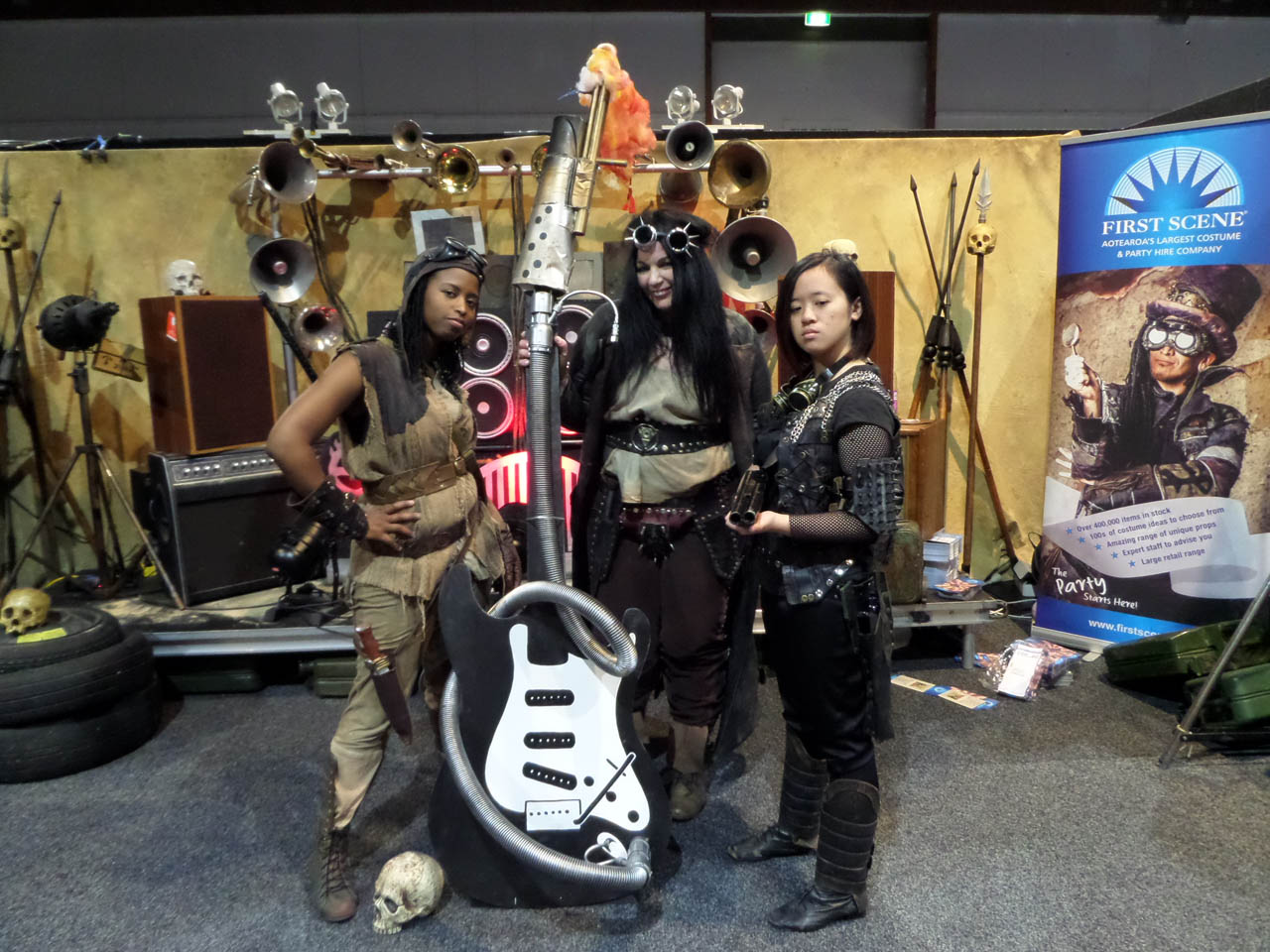 I managed to secure a media pass to the expo to gather some intel on behalf of Shane the Gamer, and by intel I mean let my inner nerd run wild and go crazy like a kid in a candy store (which I did).

The first night was tame with plenty of breathing room and empty spaces to roam about freely. My first stop was, naturally, the Mighty Ape stand to look out for deals on comics/graphic novels, of which, there was one that I really, really wanted but thought I’d sleep on it before throwing all my money away. Sadly, this was a mistake because both copies I saw on the first night was gone by the morning of the very next day. 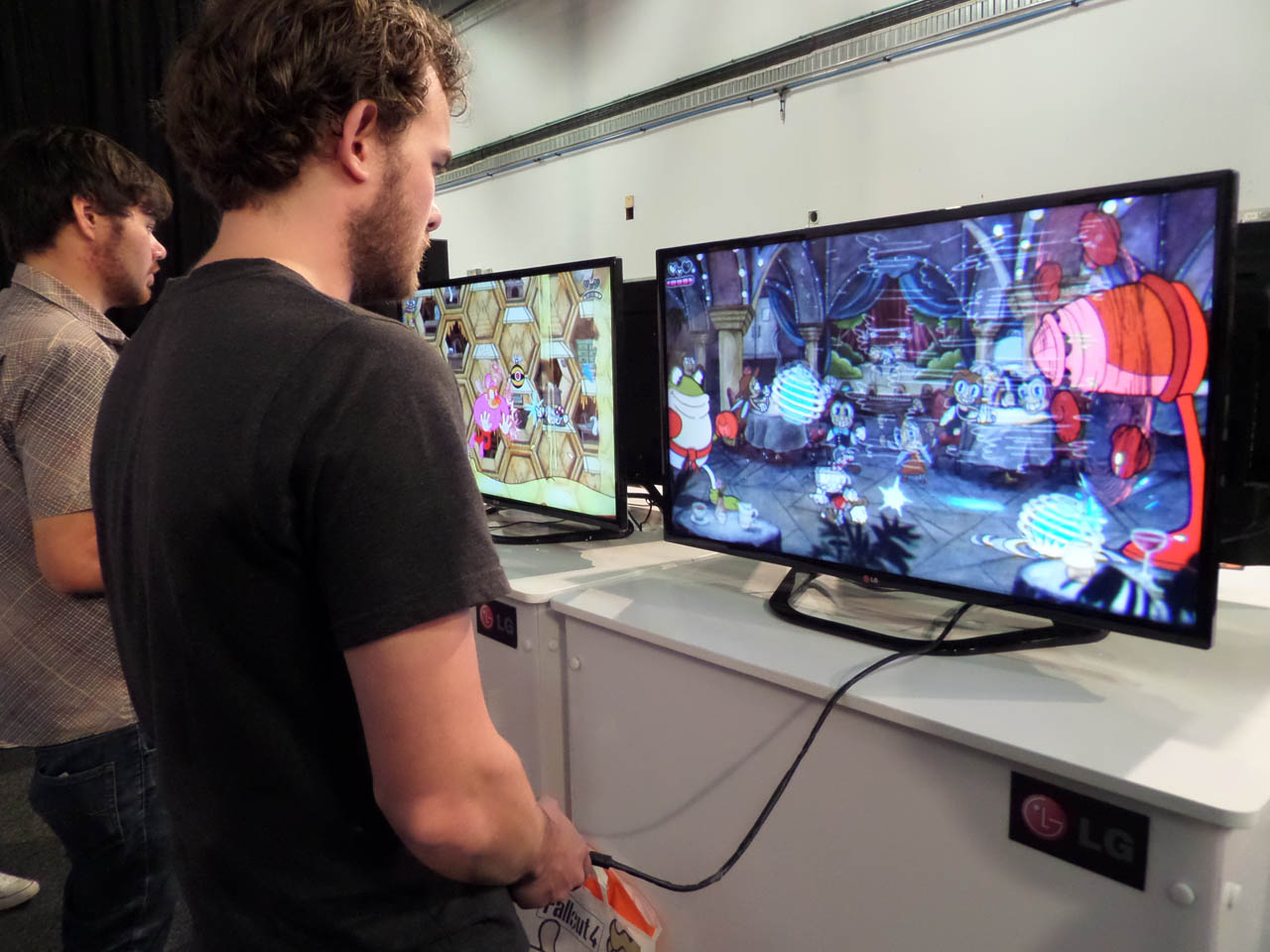 Oh well, back to my tale on my Armageddon adventure.  After taking a photo with a giant sized Vault Boy from the Bethesda Fallout games, I made my way across the anime/manga stands and perused through some neat titles, mentally cataloging them in my head for future review ideas and then found my way to the Microsoft Xbox area which was phenomenally huge!

Xbox has really gone all out this half of the year and rightly so with some amazing exclusive titles coming out in the coming weeks. As a huge Tomb Raider fan and as the proud owner of a newly acquired Xbox One console (the Halo 5 version, which is quite possibly the prettiest and sleekest piece of tech I own), it was jaw dropping to see the huge Rise of the Tomb Raider area dedicated to some pre-release gameplay. I managed to have a go on the game at XONZ and boy was it fantastic! I really, and I mean really, can’t wait to get my hands on a copy of Rise of the Tomb Raider.

Tomb Raider was not the only massive game being promoted. Other big hits included Tom Clancy’s Rainbow Six, Tom Clancy’s The Division and Fallout 4. What gave me a bit of a thrill was seeing yet another Vault Boy on display. Taking another picture meant that there will now be a trend of taking Vault Boy photos whenever I see one. 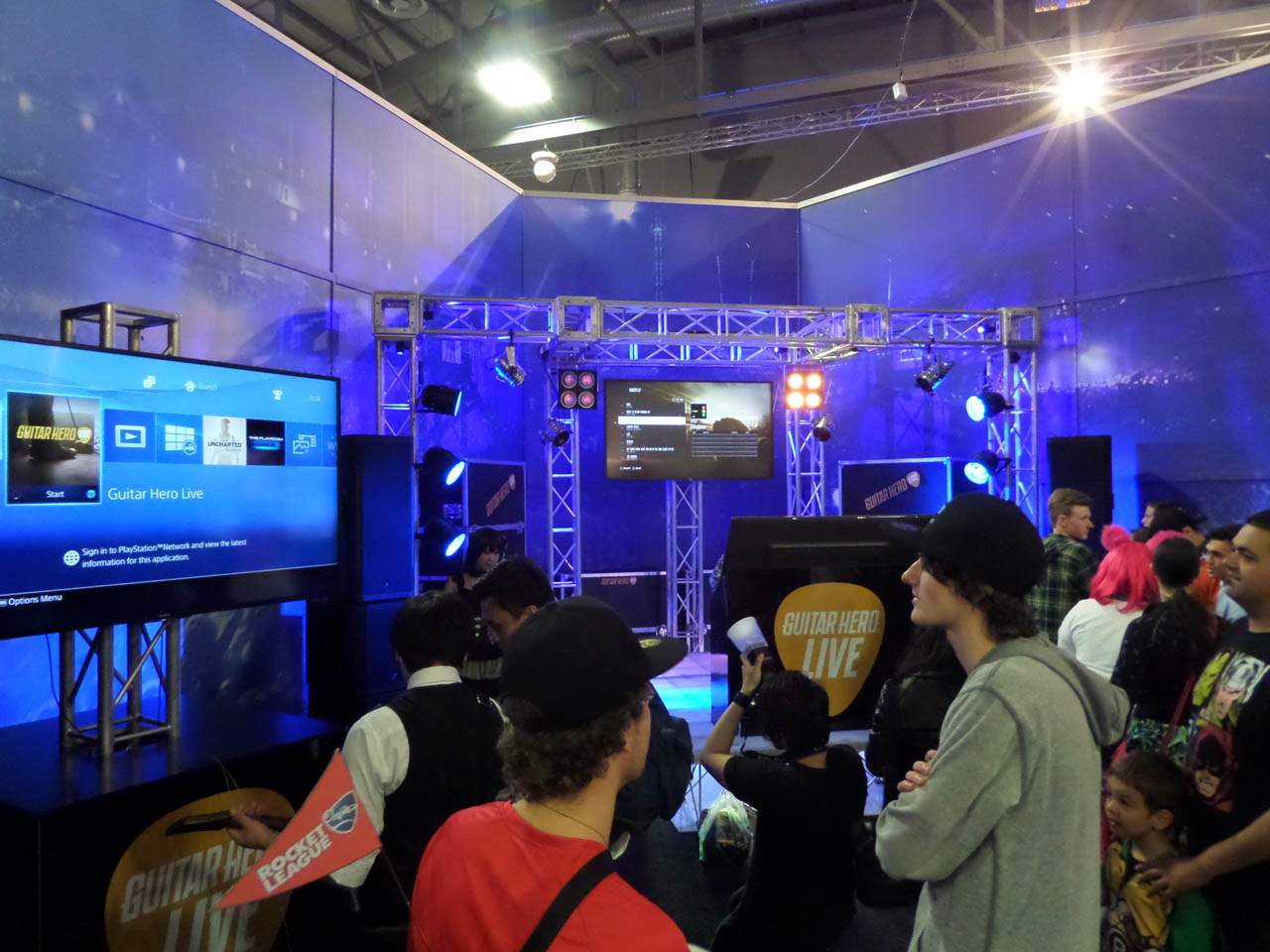 Next up was the Sony PlayStation stand which was rocking bright coloured lights, good music playing in the background and a fantastic giant sized Star Wars: Battlefront poster.

I have to admit that the PlayStation stand drew me in visually. What caught my eye was the Uncharted 4 exclusive preview section which was closed off for VIPs only on the first night.

Slightly disappointed, I decided to wait in line to try out the much anticipated PlayStation VR headset. In an interesting twist of fate, I was pulled out of my line and thrust into the Uncharted 4 preview room to view some gameplay along with a select group of VIPs (it all happened so fast I still can’t believe how I ended up there). Needless to say, along with Rise of the Tomb Raider, Uncharted 4 is on my must acquire and play list. 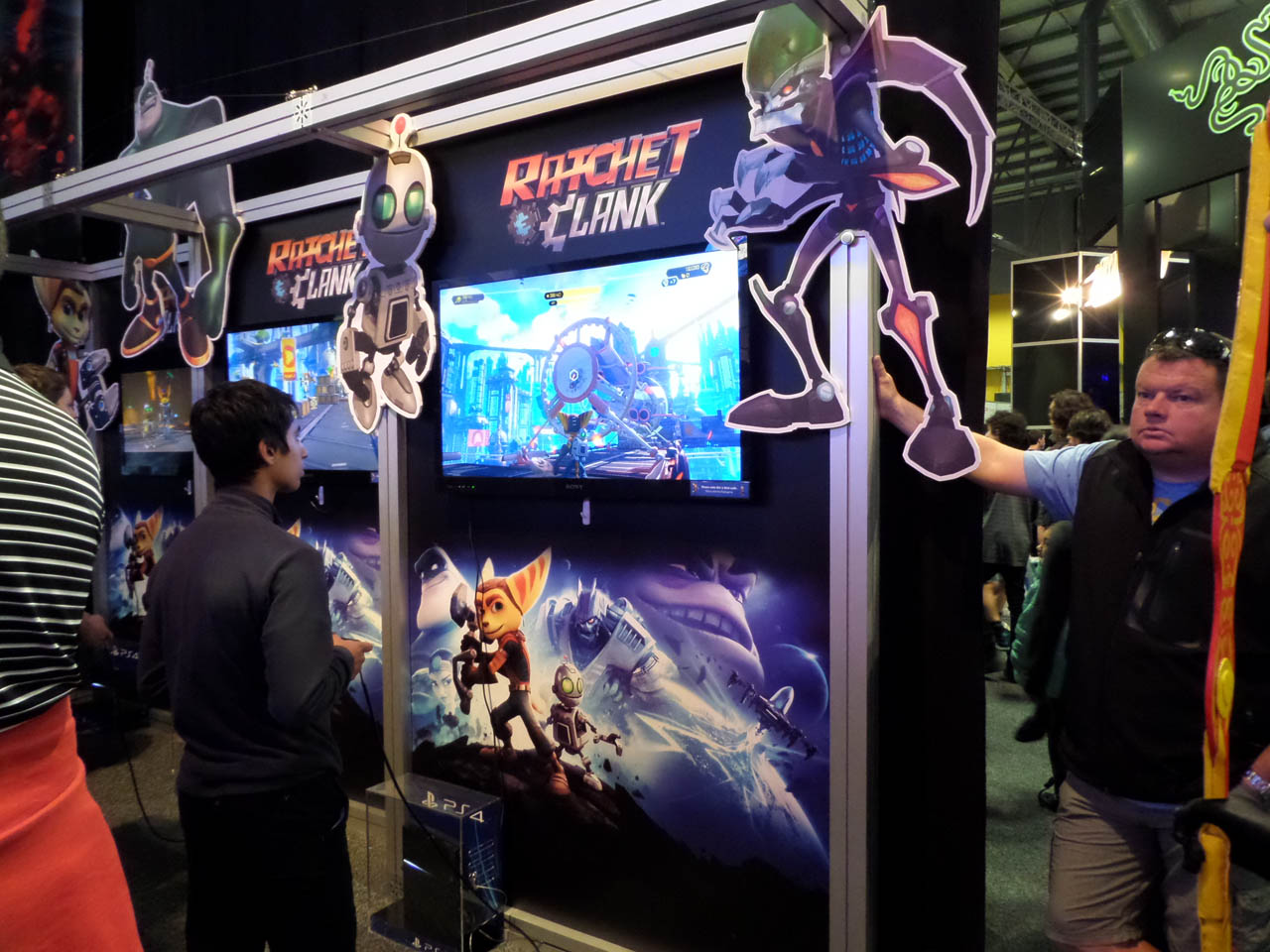 I wouldn’t be a true geek if I didn’t go on the hunt for some new (and very, very old) comics.

In true expo attendee fashion, I searched high and low and found a particular exhibitor who was selling pre-1980s rare and collectible comics. I was in heaven!  Everything from the very first Amazing Spider-Man comic to the first appearance of Wolverine in the Incredible Hulk comic was on sale. Despite being slack-jawed at the sight of such precious gems, my heart did sink a little upon looking at the prices. I suppose I should have known that these fine comics would be selling for upwards of $500. 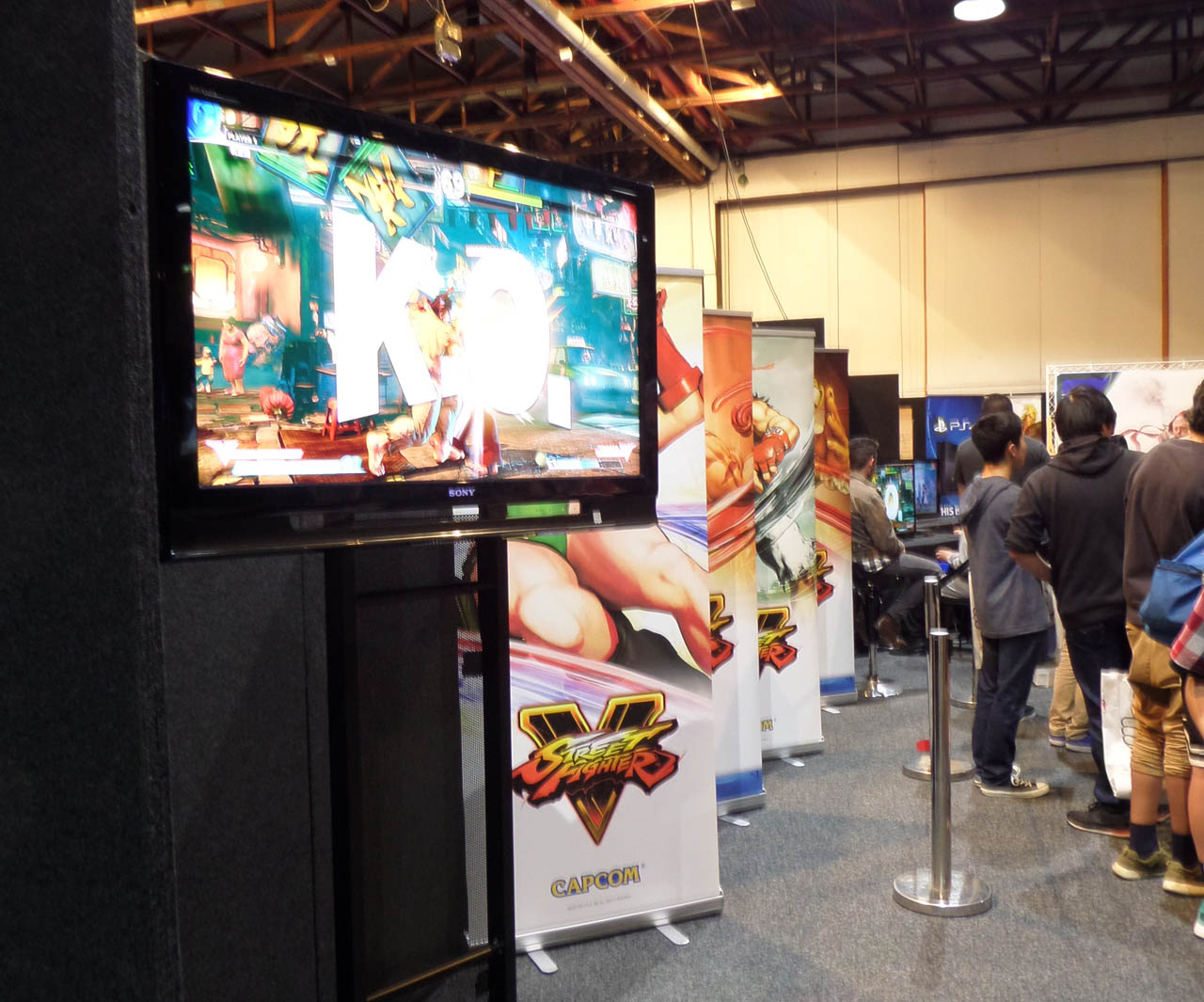 All in all my first experience of the Auckland Armageddon Expo after a nine year break was as expected: amazing!

Events such as this, with excellent experiences put forth by the likes of Xbox and PlayStation truly makes me feel at home and one with my fellow pop culture aficionados. Here’s to next year!